Cultures and Competitiveness, You Can’t Buy Success in Swimming 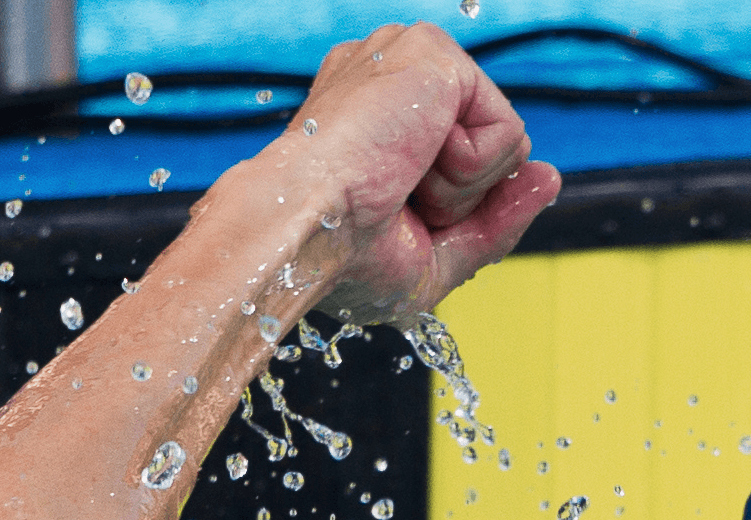 "A common argument for the value of sport in America, and similar societies, is that it helps prepare children to successfully enter the competitive system of capitalism. In fact, the reverse is also true." (Photo Credit: Tim Binning, theswimpictures)

A common argument for the value of sport in America, and similar societies, is that it helps prepare children to successfully enter the competitive system of capitalism. In fact, the reverse is also true. The culture in a country contributes to the competitiveness of its children and ultimately the success of its swimmers.

I’m on my third trip in three years to the United Arab Emirates (UAE). My first one opened my eyes to how a country with very different assumptions and expectations for its youth can steer them away from athletic achievement. My third visit underscores that perception, as well as the observation that cultures in America and other countries, as well as communities and swim clubs, severely discourage or encourage athletic results, as well.

In the oil rich UAE, sheiks run, or perhaps better said, ‘own’ the country. Dubai, in particular, has become known for its audacious building construction, for its business enterprise zones that attract companies from around the world and it’s unusual development of man made islands. Engineers have been successful here in drilling into the sand to simultaneously build islands and canals, thereby developing a shoreline to look more and more like the home of the International Swimming Hall of Fame (ISHOF), Ft. Lauderdale, Florida. They have even built one of the premiere swimming facilities in the world─the 15,000 seat Hamdan Aquatic Center─at a cost of approximately $350 million dollars.

But the likelihood of a UAE youngster ever earning an athlete’s induction into the ISHOF is enormously unlikely because of the country’s culture.

“When you live in a country that has the capacity to buy and build whatever they want to, it’s hard to accept that you just can’t buy success in the sport of swimming. You have to work for it.”

I can remember preaching a very similar statement to swimmers while coaching in Fairfield County Connecticut, the richest per capita income area in the United States.

Any culture’s expectations and rewards can affect the internal drive of an individual, whether it is to earn a handsome living or to become a successful athlete. In the sport of swimming, for an athlete to climb an objective structure of competition it is necessary to produce a consistent commitment to hard, well-planned work. There are young swimmers in virtually every country capable of winning Olympic medals. But a culture, demanding competitiveness through a capitalistic system can be an advantage to an athlete because of the message to youth that work is honored, failure during a process is never final, and in the long run, you will pretty much, get what you’ve earned and deserve.

The swim organizations and clubs that channel the most successful kids into becoming great swimmers consistently present clear signals about their priorities, values and beliefs. Those that recognize world-class character and world-class performance send a message through their membership that both are supported and achievable within their organization. The first can be attained by all, and the second by those with talent that is applied within an environment that promotes training and competition opportunities, a positive self-image, personal responsibility and, especially, hard work.

The club or organization that continuously hands out big benefits for small investments suggests that they have low expectations for kids to develop their own process for achievement. An example of such a reward system might be one that hands out huge trophies for winning at the lowest levels or supports extensive travel for beginning swimmers as an incentive for minimal achievement. This kind of culture of “two much, too soon and too easy” discourages youngsters from reaching for their potential as a person and as a swimmer.

Goal attainment or even winning may be the object of the swimmer’s motivation, but it is the process that informs him or her in a way that will renovate the quality of their lives. In a country like the UAE you are handed a home and salary for marrying a fellow citizen, a methodology that makes for a content population, but quietly discourages a mentality that builds competitiveness in a person.

A culture that can light the fire in an athlete is one that gradually entices their development with progressive opportunities that reward their instrumental thinking and transforming reflection to achieve their goals.

As a 14-year old, Brian Goodell earned the opportunity to train in the Mission Viejo Senior group. But during the summer he didn’t earn an opportunity to join his teammates on a major travel meet to the Santa Clara International Meet. He didn’t get put on a relay, or go swim time trials, to soothe his feelings of loss. He watched the team bus pull away from the pool for the trip and committed himself to never missing out on an opportunity with his teammates like that again.

There are endless similar stories to Brian’s about great swimmers that used a temporary disappointment as motivation to dig deeper to develop all of their potential.

Three years later, Brian was a double gold medalist and world record holder at the Montreal Olympics. He also went on to win nine NCAA individual titles in his first three years of college swimming. A large reason for Brian’s success was that he grew up in a culture in which excellence was rewarded, with no attempt to manufacture it. In his experience there was plenty of mentoring, goal setting, encouragement and even praise, but there was also accountability for the result of one’s actions and effort.

Without thoughtful planning an organization can become wallowed in a culture in which mediocrity become its version of excellence. When children are condemned to such a culture, and are still engaged in the unforgiving, objective, sport of swimming, they will be cheated out of the chance to bear witness to their own greatness and discover the champion that exists within each of them, by swimming to their potential.

But for those that develop and sustain a culture where competitiveness is encouraged, the future is limitless.

…evidently the Harbaugh household had a competitive culture.

…in the ASCA proposed Clinic program for September New Orleans, there are loads of invitations to female coaches to speak…hopefully they will accept them.

Auto correct does not always respect Mr Apostrophe after the deed.

Interesting thoughts but it must be said that Bobby Hackett & Steve Holland were every bit as wonderful as Brian. We can all agree a micro sec over 1500 could have given any of the 3 gold.

So a fair testing of Chuck’s theory would be to see if they differed. It does not seem to describe Steve. He had a huge work capacity & a very efficient technique for his build but otherwise was pretty laid back.

You can’t rely on autocorrect. You have to read your own articles and check for howlers.

Mr. Warner, widen your perspective! While there is no doubt that motivation, personal experience, constructive feedback, challenging environments and competition are important for athletes to achieve their goals, linking success in sport to a country’s political system and it’s inherent competitiveness s too narrow minded. The importance sport has n the US and the support athletes get in and from the society is of much higher value. Why is capitalism good for development of athletes? Until they leave college, they are even not allowed to earn money. That’s different in Germany but still we are far behind the US. What about Ethiopians’ dominance in long distance running, Russion swimmers and India being world champion in cricket just to name some… Read more »

Noticeably, Afghanis do not.

Yeah, but to like, have success in swimming you kinda have to be able to buy stuff. It’s kind of an affluent sport.

“But the likelihood of a UAE youngster ever earning an athlete’s induction into the ISHOF is enormously unlikely because of the country’s culture.”

I find its population a far more limiting factor than its “culture” or whatever the hell that is.