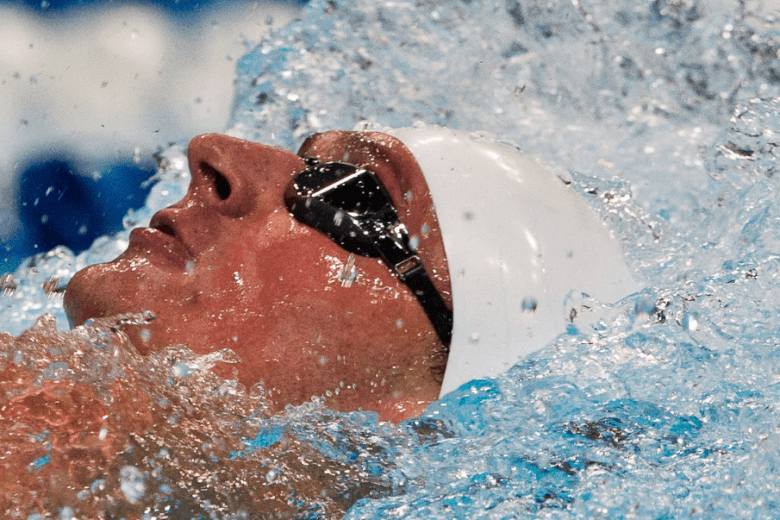 Parent Project Muscular Dystrophy (PPMD), the leading non-profit in the United States focused entirely on Duchenne muscular dystrophy (Duchenne), welcomes 11-time Olympic medalist Ryan Lochte to their Annual Advocacy Conference in Washington, D.C., February 10-12, 2013. Lochte, one of the top American performers at the 2012 Olympic Games in London and a world record holder, is trading in his goggles and swim cap for a briefing binder and suit and tie to support families impacted by Duchenne.

Lochte, 28, has been a volunteer spokesman for PPMD since the 2008 Olympic Games in Beijing. Joining PPMD’s fight to end Duchenne is more than just a good cause for him; Lochte’s uncle, Ron Sweitzer , had a brother who died from the disease. In turn, Ryan has made ending Duchenne a priority.

To help achieve this goal, Lochte will return to Washington, D.C. with more than 100 advocates on February 11th to urge Congress to reauthorize The Paul D. Wellstone Muscular Dystrophy Community Assistance, Research and Education Amendments of 2013 (MD-CARE Act). The MD-CARE Act was first enacted in 2001 and reauthorized for a second time in 2008 when Lochte made his first trip to Capitol Hill to encourage congressional support.

This legislation has transformed life for many with the disease by intensifying muscular dystrophy research efforts and standardizing care; adding 10 years to the lifespan of Duchenne patients and spurring the development of potential therapies.

Lochte is excited about the Washington visit:

“When I was introduced to Parent Project Muscular Dystrophy and the Duchenne community in 2008, I was amazed by the passion and strength of this incredible community. I personally have received so much support from these families as swimming is one of the only physical activities Duchenne patients can participate in. If my presence in Washington can bring a little more attention to the reauthorization of the MD-CARE Act, then it’s the least I can do for the Duchenne community. I do this in memory of my uncle.”

This year’s Advocacy Conference comes at a critical time according to founding president and CEO Patricia Furlong . “The reauthorization of the MD-CARE Act is the single most important piece of legislation in muscular dystrophy. The continued support of Congress by reauthorizing this bill translates into federal support which translates into better care and the promise of therapies for people with Duchenne. We have an incredible community of families and foundations that support our advocacy efforts year after year. The addition of an international star like Ryan helps to make our voice that much louder and the need for reauthorization that much stronger.

PPMD has been working with the Muscular Dystrophy Association (MDA), the Foundation to Eradicate Duchenne (FED), and Hope for Javier along with congressional champions to ensure the voice of the muscular dystrophy community is represented.

To learn more about PPMD’s advocacy efforts and upcoming conference, visit our website.

Duchenne, the most common form of childhood muscular dystrophy, is a progressive and fatal muscle disorder affecting boys and young men that causes the loss of muscle function, wheelchair dependency and a decline in respiratory and cardiac function.

Duchenne is a fatal genetic disorder that slowly robs young men of their muscle strength. Parent Project Muscular Dystrophy (PPMD) is the largest most comprehensive nonprofit organization in the United States focused on finding a cure for Duchenne muscular dystrophy—our mission is to end Duchenne.

We invest deeply in treatments for this generation of young men affected by Duchenne and in research that will benefit future generations. We advocate in Washington, DC, and have secured hundreds of millions of dollars in funding. We demand optimal care, and we strengthen, unite, and educate the global Duchenne community.

Everything we do—and everything we have done since our founding in 1994—helps boys with Duchenne live longer, stronger lives. We will not rest until every young man has a treatment to end Duchenne. Go to www.ParentProjectMD.org for more information or to learn how you can support our efforts and help families affected by Duchenne.

Ryan has a great heart, this is a great cause!

Thanks Ryan for your help in finding a cure for Duchenne. Together with organizations like PPMD and Cure Duchenne, doctors are getting closer and closer to ending this terrible disease!