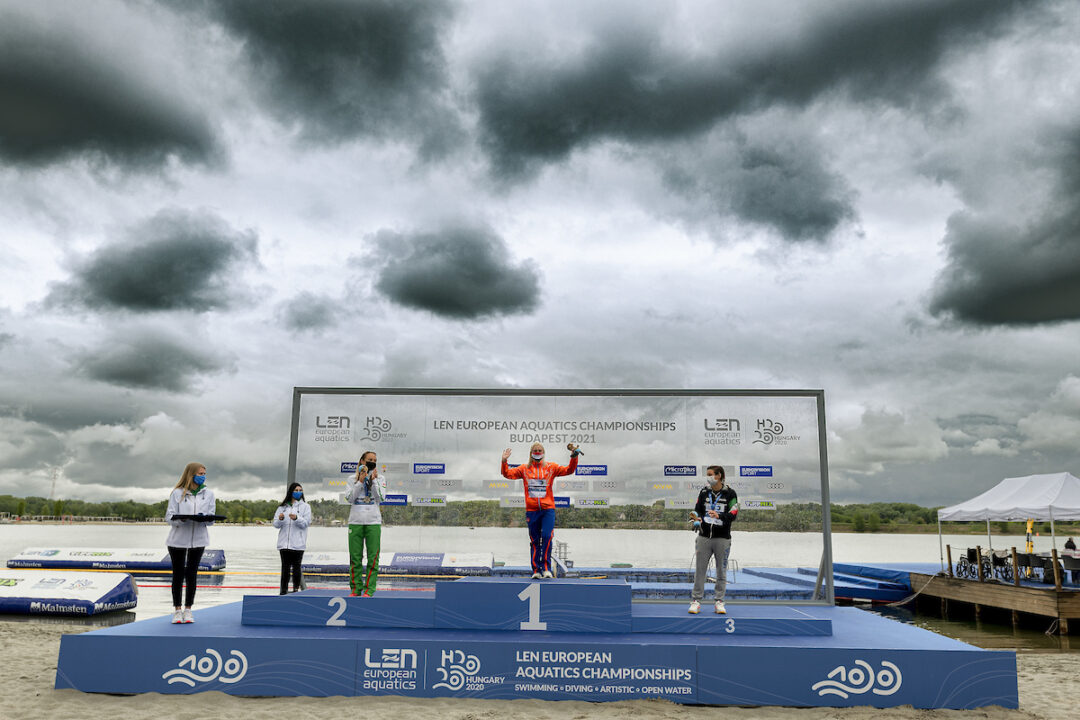 Three months after the 25k open water competition was canceled mid-race at the 2022 European Championships, LEN (European Swimming League) has decided to award medals based on the recommendation of an independent investigation.

The investigation concluded that stopping the race due to weather conditions in Ostia was the right call, but the decision to void the final rankings was incorrect. LEN then set up a Special Committee that requested that the chief referees establish standings at the time of the race’s suspension. The final rankings were confirmed by reviewing video footage. Officials initially said they didn’t have a clear view of the field when the race was called off.

Check out the revised results below:

Mario Sanzullo (ITA) and Caroline Jouisse (FRA) will now receive €2,000 each in prize money for winning the men’s and women’s competitions, respectively. Dario Verani (ITA) and Barbara Pozzobon (ITA) will take home €1,500 apiece for their runner-up finishes. Matteo Furlan (ITA) and Veronica Santoni (ITA) will earn €1,000 each along with their bronze medals. LEN’s press release said that “medals will be awarded at an appropriate moment in the coming months.

Led by a sweep on the men’s side, Italy won five of the six medals awarded by the revised results. The Italians’ medal total increased to 40 as they topped the overall standings for the first time at Euros.

Independent investigators, the Special Committee, and new LEN executive director Patrice Coste came to the following conclusions during the process:

To ensure safety during open water races and encourage further development of the discipline, the LEN Bureau opted to suspend its Technical Open Water Swimming Committee and form a new group “based on a skills matrix.” The new committee members will aim to address the “need for stronger leadership skills and knowledge of Open Water Swimming Rules and appropriate procedures.”

The lengthy investigation was sparked not only by the confusing cancellation of the 25k at Euros, but also by an incident a few days later at the Open Water Swimming World Cup stop in Kiel, where the safety of athletes was compromised. The investigation was first opened in September during the LEN’s executive meeting in Split.

All federations will soon be able to submit candidates for the Technical Open Water Committee based on the required skills. Applications from members of the currently-suspended group will also be considered.

One month after Euros, FINA removed the 25k open water race from the 2023 World Championships program.