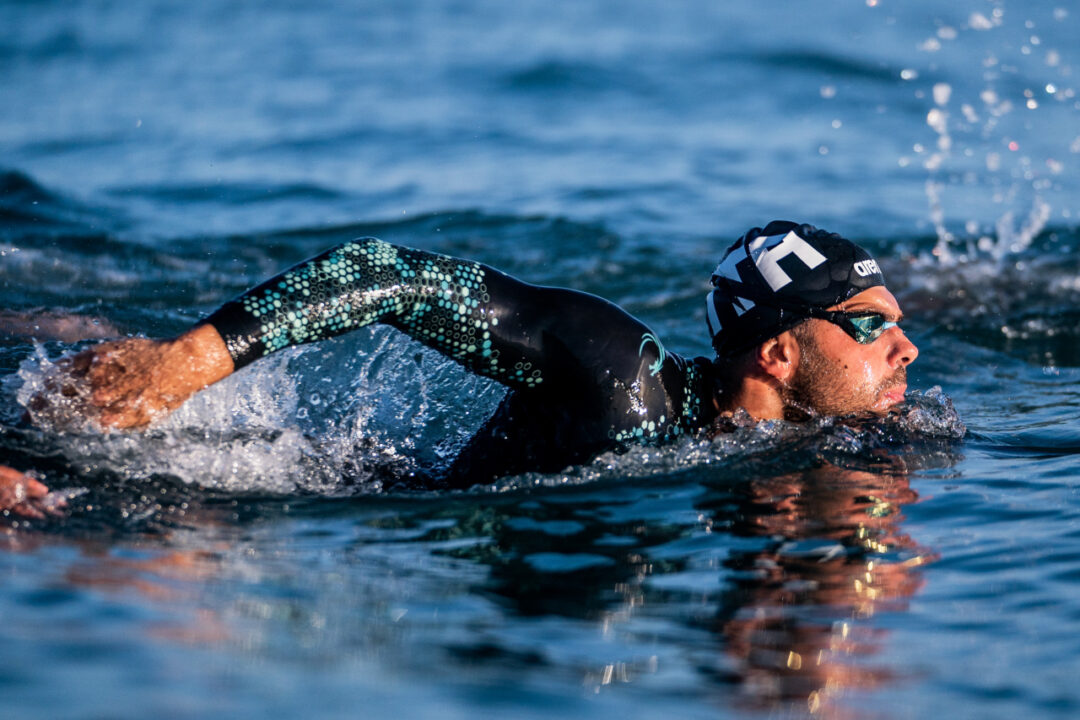 After the 25K open water race at the European Championships was canceled due to weather conditions, the final classifications were also voided because officials say they didn’t have a view of the final rankings.

Weather conditions made the 25K race uncertain from the start and got worse as the race went on.

After about 15K, the race saw a confusing situation caused by some communication problems between the judges on the ground and those on the boats, whose job was to monitor the smooth running of the competition and interact directly with the swimmers.

The swimmers were aware of the possibility of the race being stopped before the conclusion, but the information that came in did not allow all participants to be aware of the decisions made.

After several hours of confusion, with the athletes now all on shore, and not without controversy (especially from the French team), the LEN declared that the race was considered canceled due to the misunderstandings between judges. They deemed it was not possible to determine the exact moment at which to take over the ranking.

At the time of the interruption, Italy had three swimmers leading the men’s field, Mario Sanzullo, Dario Verani and Matteo Furlan. The women’s race was led by Italians Barbara Pozzobon and Veronica Santoni.

LEN’s official announcement is below:

This is an official announcement regarding the Men’s and Women’s 25km Open Water Swimming races at the LEN European Aquatics Championships, held on 20th August 2022. Due to a case of emergency because of the weather conditions, both chief referees and the safety delegate decided to stop the races immediately for the safety of the Athletes and Officials on the course. Since the Chief Referees did not have a view of the final rankings for both races, the LEN Technical Open Water Committee decided to cancel the classification for both races.

LEN owes an apology to all athletes participating this race, who devoted themselves to hard work to be ready for this event, for not being in a position to determine the final classification, even though the event was held amid these extreme conditions. According to LEN’s principles, the athletes’ and officials’ safety shall prevail in all circumstances.

The 10km races on Sunday and the 5km Team Relay are planned to be held according to the schedule announced earlier, from 10.00 and 16.00 respectively. However, in case of adverse weather conditions, the races can be postponed or cancelled.

The Italian pair of Gregorio Paltrinieri and Domenico Acerenza went 1-2 in the 5K that took place earlier in the day.

The 25km Race is LIVE now on LEN TV 📺 pic.twitter.com/QAcv5p4cP3

with our current climate (100 degree weather at the World’s in Bp and violent storm in Ostia), indoor pools seem to be a safer bet

Imagine swimming 25km and being told afterwards the race was cancelled.

Luckily nobody was had a major injury or even worth, it was terrible, a perfect weather for windsurfing but not for swimming.
Few of the athletes will have PTSD for sure, one the hungarian was nearly crying in her interview. A boat nearly hit her during the “race”.

This part of the sea is simply not for swimming even its close to the shores. The open water swimming races were cancelled in the past here and had problems back in 2009 as well.

Next time they should race in a lake close to Rome, not in the Tyrrhenian Sea…

They should move the races to lago di como