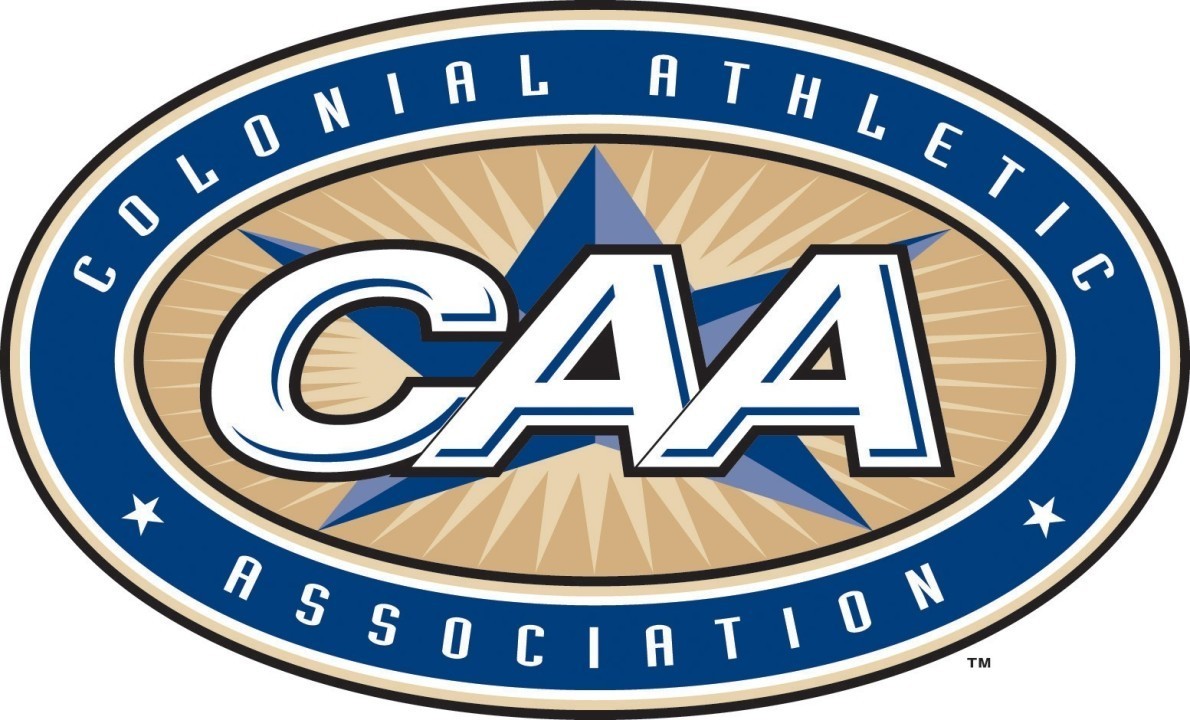 The W&M men and JMU women lead after the second day of the 2018 CAA championships.

Freshman Megan Bull got things rolling with a 4:46.92 victory in the 500 free to help William & Mary build the lead they took yesterday.  Bull had the fastest leadoff leg on yesterday’s 800 free relay, and tonight was one of three Tribe women in the A-final.  Another freshman, Northeastern’s, Matilda Weiler won the 200 IM in 2:00.83.

Weiler’s teammate Megan Clark took the 50 free in 22.38, after yesterday having the only sub-22 anchor leg on the medley relay.

Towson got in a win thanks to Emily Wilson on the 3m diving board, as only three schools — Towson, JMU, and Northeastern — had anyone in the top eight in this event.

James Madison followed up their diving success by touching first in a tightly-contested 200 free relay.  Bonnie Zhang‘s 22.37 split proved to be decisive as the Dukes finished in 1:31.87, followed closely by Northeastern and UNC-Wilmington.  JMU’s three up in the diving event and victory in this relay gave them enough points to pass William & Mary in the team scores at the end of the second day of competition.

William & Mary was in last place last night, after not scoring any diving points, but stormed from last to first today with some lightning-fast swims and a host of depth.  The Tribe put four men in the A-final of the 500 free, which gave them plenty of points even though it wasn’t a Tribe swimmer who won the event.  Instead, that honor went to Drexel’s Patrick Cobb, who touched first with a time of 4:23.58.

It was a similar story in the 200 IM, where Towson’s Jack Saunderson smoked a meet record time of 1:45.76.  The previous meet record belonged to the runner-up, Drexel’s Jason Arthur, whose 1:45.99 was just a tad off of his meet record from last year.  Meanwhile, W&M put three men in the A-final and another two in the B-final as they continued to amass points.

The Tribe men finally got their first win of the night thanks to sophomore Colin Wright, who touched first in the 50 free with a 19.76.  He led a Tribe sophomore sweep of the podium, as Ian Thompson and Jack Doherty finished 2nd and 3rd.

Unsurprisingly, given their finish in the 50 free, those three swimmers, plus senior Tommy Kealy, combined for a new meet record in the 200 free relay, with their time of 1:18.95 eclipsing the mark of 1:19.03 W&M set last year.