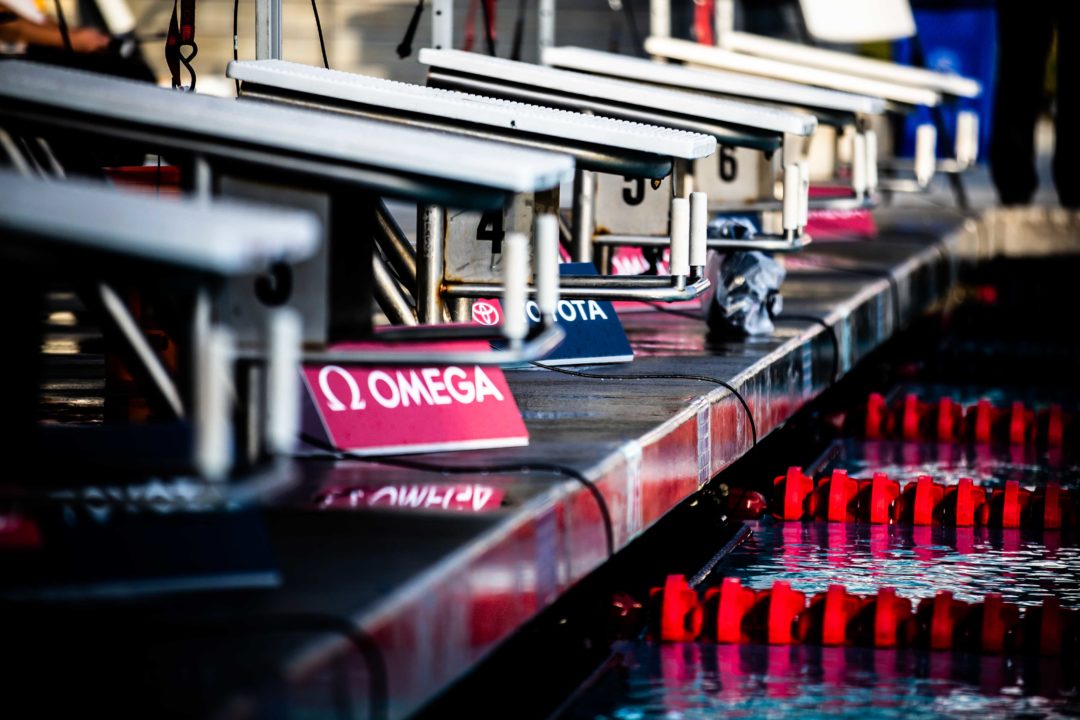 The Germantown Academy Aquatic Club swimmers shined this past weekend in the distance events during the GAAC November Meet, with several people coming away from the meet with best times.

In his first event, the 500 freestyle, D’Ariano cut over 8 seconds off of his best time en route to a second place finish in the event. His time of 4:35.53 currently ranks 9th in the country among 15-year-olds this season and marks his first time under the Futures cut in the event.

D’Ariano returned to the pool for the 200 IM, where he posted another lifetime best, finishing in a time of 1:52.31. Cutting over 5 seconds off of his best time, D’Ariano also solidified his ranking as the 5th-fastest 15-year-old in the country for the event.

D’Ariano backed up his 200 IM time by dropping even more time in the 400 IM. Swimming a time of 3:56.44, D’Ariano cut 11 seconds off of his best time, earning his first Junior Nationals cut in the process. His performance is currently ranked as the second-fastest time in the 400 IM by a 15-year-old this season in the country, trailing just behind Cooper Lucas’ 3:54.95.

Shortly after swimming the 400 IM, D’Ariano jumped back into the pool to swim the 200 freestyle, where he finished 4th in a time of 1:44.96, dropping over 2 seconds off of his best. Later, he also swam the 200 butterfly, roaring home to a time of 1:52.90, cutting 8 seconds and obliterating the 2:00-barrier for the first time.

In his final swim of the meet, D’Ariano took on the longest race of the weekend, swimming the 1650 freestyle. Holding consistent splits between 57 and 58 seconds, D’Ariano demolished his best time by almost 20 seconds to finish in 15:45.72, picking up his second Junior Nationals cut of the weekend. His time also ranks 2nd in the nation among 15-year-olds currently, only falling a few seconds behind Keaton Jones’ 15:42.14.

Despite his extremely fast performance in the 1650, D’Ariano actually lost the event to his teammate Henry Morrissey, who is currently ranked at the top distance swimmer in the class of 2022. In the event, Morrissey put up a time of 15:16.79 to blow the field away. Although he was about 12 seconds off of his best time, he currently ranks 1st in the country among 17-year-olds this season, while it is ranked 3rd in the 17-18 age-group.

Omg! How the dynasty of GAAC has fallen! When Shoulberg was there you would have never boasted about those times or low cuts of standards. Junior national standards were big deals if the swimmers were still in grade school.

Congrats to Landon and all the GAAC swimmers and coaches! These are great results under a very trying and difficult time. That being said JDOG, Shoulberg is no longer the coach of GAAC and Germantown for good reason. He is very fortunate to be part of the “old boys” network and still given the opportunity to be able to coach in the first place.

J Dog, you have no idea what you are talking about and the implication you are publishing to the world is, arguably, actionable.

Rick, you can go tell Shoulberg to go get a lawyer and sue me. I’ll even send you my address and phone number. The fact is that he never will because when legal discovery is done and the real facts and details come out, his legacy (what’s left of it) will be completely tarnished.

That reply was meant for Guerra not J Dog.
J Dog is 100% correct.
Guerra, not so much.
Seriously, multiple GA kids were swimming faster than this in the 80s and 90s with zero fanfare.

For real. If Dick Shoulberg was half the man you all think he is, he would tell you all to sit the eff down and move the eff on with your lives.

But he’s not. Dick Shoulberg loves the attention, loves the worship…it means he still controls you, which is all he ever wanted.

Thank you, Braden! I couldn’t have said it better, myself. Although I personally think Dick Shoulberg is behind it, these alumni really make me angry (as you well know by my posts that you blocked) with their classless attitude towards the new regime and athletes. I have followed this situation from the beginning and people on the outside have no idea the hateful actions orchestrated by Shoulberg and his “cult”. The athletes, coaching staff, parents and administration at Germantown Academy and GAAC have busted their butt and have every right to be proud of all of their accomplishments. This alumni group is a disgrace for the way they’ve bashed the kids that are still on the club and go to… Read more »

Oh, look at you guys. Why all the anger? Did I strike a nerve by telling the truth? Settle down. Stop bragging about how great GA swimming is in 2020. It’s not. GA swimming was great for 45 years before Jeff Thompson arrived. Hate him or love him, Shoulberg built GA swimming into a powerhouse and handed Jeff Thompson the keys to that powerhouse. In response, Thompson watered down the program with mediocre coaching and a narcissistic strategy over the last 7 years. Let results tell the story. Not angry parents who can’t deal with the fact that their kids are slower than kids 25 years before tech suits were invented. Ok Guerra let’s have you address and phone number… Read more »

Bro aren’t you like 50? Don’t you have more important things to worry about than your high school swim coach? I would say grow up but…you’re like 50. I want to say that again so it can sink in to you. You’re. Like. 50.

When you whine about this to your IRL friends, do you notice that they don’t care? About your high school problems? Take a cue.

The fact is that Shoulberg should be on the Safesport banned list with his buddies Rick Curl, Joe Bernal and Mitch Ivey. That’s why Germantown got rid of him. His supporters need Cult Deprogramming Therapy, immediately.

Message me on Facebook Ryan Guerra, Bloomington, In. Bring it…

Wait, Im NOT reading about Shoulberg swimmers putting up top times in the country right? These are times swam by KIDS that he DOES NOT COACH, weird that his swimmers are not faster given all the praise and love for some BUM that these babies swam for over THIRTY YEARS AGO.

I think you are missing the point swimfancali and Guerra from Bloomington Indiana (why are you commenting from Bloomington Indiana?).
Rick is simply stating that these times that Thompson is bragging about in 2020 were being done a long time ago at GA.
Back when bragging on the internet wasn’t a thing. I’m not sure this has anything to do with the former coach.
Just that GA swimming used to be lights out and now it’s ok but nothing special.
Congrats to those kids who had big drops.
Keep working hard and be nice.

I’m weird. I admit that. But how else do you get the detail not on meet mobile unless the coach gives you that information?
It sounds like my assumption was incorrect and I apologize.
I will say Landon D’Ariano had a great meet and has a great future. Super impressive.

There’s a whole USA Swimming database of times. We typically use this to identify club meets beyond the top-name Junior National Team type of swimmers. Sometimes we do get tips – that was not the case here. It’s here, if you want to check it out: https://www.usaswimming.org/times/popular-resources/event-rank-search Also, the meet results are on Meet Mobile: “GAAC A/BB/C November 2020”. I also was curious, and so I pulled up some old Easterns results to see what Germantown swimmers used to do. In 2011 (Shoulberg still coach), 1:52.31 would’ve won Easterns (mind you, he’s just 15) over a Germantown senior. Would’ve won in 1990, where Germantown swimmers were 2-4-5. His 500 free would’ve beaten every Germantown swimmer at 1990 Easterns. 1991, faster… Read more »

Agreed. Thank you. I guess I want folks to remember not just the top line swims but all that went into building something great.
https://www.swimmingworldmagazine.com/news/dick-shoulbergs-passion-hard-work-built-a-dynasty-at-germantown-academy/

Braden always has the facts ready to go!

Between the black eye that Shoulberg gave to the program from his conduct while employed at Germantown and his blatant “burn the bridge” tactics that he instigated with his “cult” after he left, I’m amazed the Germantown’s program is still functioning. If I was alumni, I would encourage and support the athletes and coaches and NOT paint my face, go into a trance, let my eyes roll into the back of my head and chant “WE WORSHIP DICK!” all night long like a cult whenever the Germantown kids have a breakthrough and a parent or the school sends out a media release for recognition. Shoulberg and his kook group have been doing this for seven years! I am from Bloomington.… Read more »