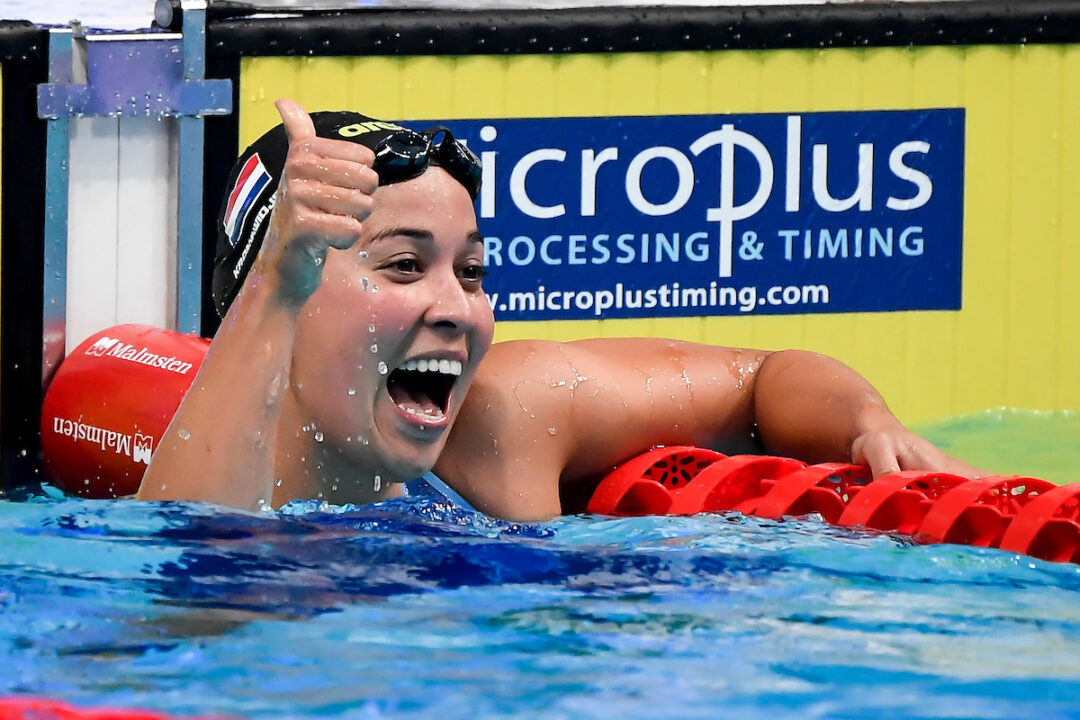 Ranomi Kromowidjojo reclaims her European title in the women’s 50 freestyle, producing the first sub-24 swim of the Olympic year in 23.97. Kromowidjojo was the 2016 gold medalist, but fell to bronze in 2018.

The Dutchwoman, who had gone 24.11 in April, overtakes Pernille Blume‘s 24.06 from the semis for first in the world this season. Kromowidjojo holds the Dutch Record at 23.85.

Blume repeats as the silver medalist in 24.17, except this time she’ll share the podium with Kasia Wasick, who broke her Polish Record yet again after going 24.34 in the semis.

Maria Kameneva was within a tenth of her Russian Record (24.20) for fourth in 24.29, while Femke Heemskerk (24.32) was fifth and Great Britain’s Anna Hopkin clocked 24.51 to put herself on the Olympic team.