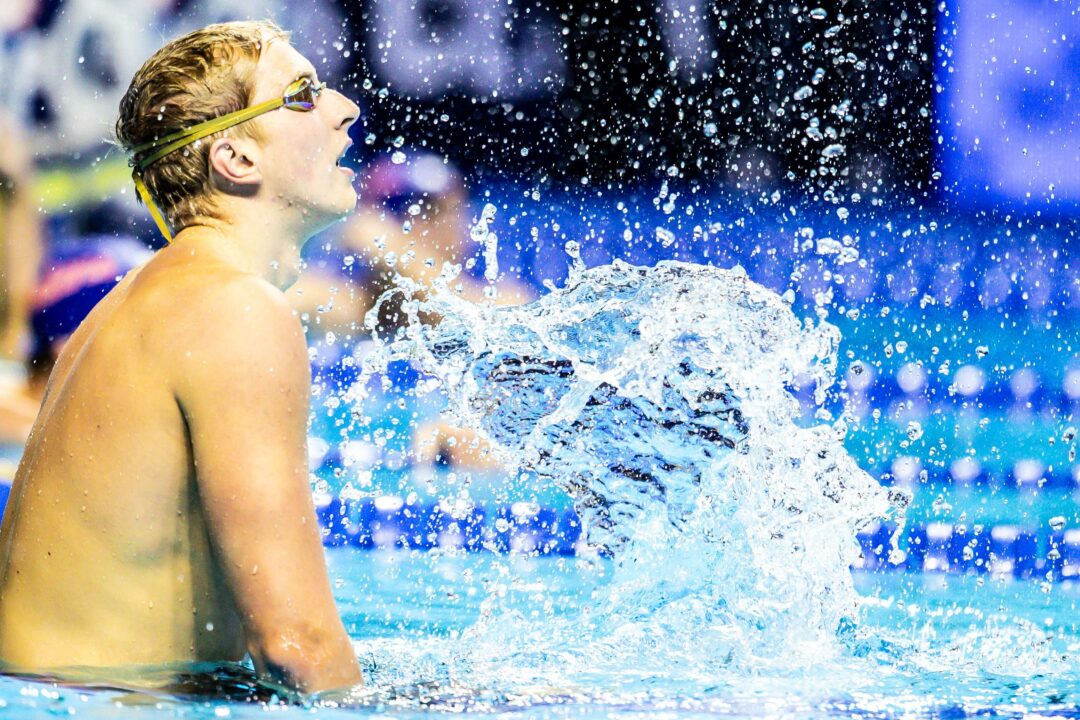 After qualifying for Tokyo in the 200/400 free, Kieran Smith has decided to compete for one of the 4x100 free relay spots over the 800 free. Current photo via Jack Spitser/Spitser Photography

Meanwhile, Chase Kalisz, already on the Olympic team for the 400 IM, will not contest his No. 13-seeded 200 breast (2:11.61). Another Tokyo Olympian, Michael Andrew, decided not to swim the 100 free prelims along with Luca Urlando and Jacob Pebley. Also opting out of prelims this morning include Shaine Casas, who will not swim his No. 17-seeded 100 free (49.16). Casas placed 3rd in yesterday’s 100 back final at 52.76.

In the lone women’s event of the morning, the 200 fly, Tokyo Olympian Torri Huske will rest her energy this session for the upcoming 200 IM final along with teen star Bella Sims and versatile Brooke Forde.

Wonder if the swimmers that are on the team could time trial to throw their name into the hat for a relay spot, ie Smith?

That’s an IQ test. He passed.

Interesting that MA scratched the 100 free but swam backstroke. Surprised he didn’t try to at least put up a time in prelims. Maybe starting to feel some wear from a busy week?

The trials are emotionally exhausting. Probably feels good to have a day off and regroup mentally and recover physically.

With Rooney looking bad in the 100 free, 100 fly second spot is wide open. MA may have a better shot at that than even the IM at the end of the meet.

Gonna be Shields and Andrew. Moneys in Shields.

His 100 back is considerably better than his 100 free. The finals of the 100 free are also in the same session as the semis of the 200 IM if memory serves.

Well, that didn’t work out

I mean he’s already an Olympian in 3 events, it would be different if he was still gunning for a spot. If he didn’t want to swim the 800 then this was a still a good decision haha

Por que no los dos? But in all seriousness I understand the decision

Scratches seem pretty expected, other than perhaps Yeadon and Fail in the 800.

Smith decision makes sense, he’s probably a better 800 freestyler than he is a 100, but only Thorpe and Sun have ever successfully contested the 2, 4 and 8. Smith’s good but he’s not at that level and the 400 free relay are the favourites, if he can sneak in the top 6 he’s odds on to be an Olympic champion.

Fail has the 2 fly tonight so pretty expected.

2 made it this morning