Katharine Berkoff Swims Lifetime Best in 200 Back at Washington Open 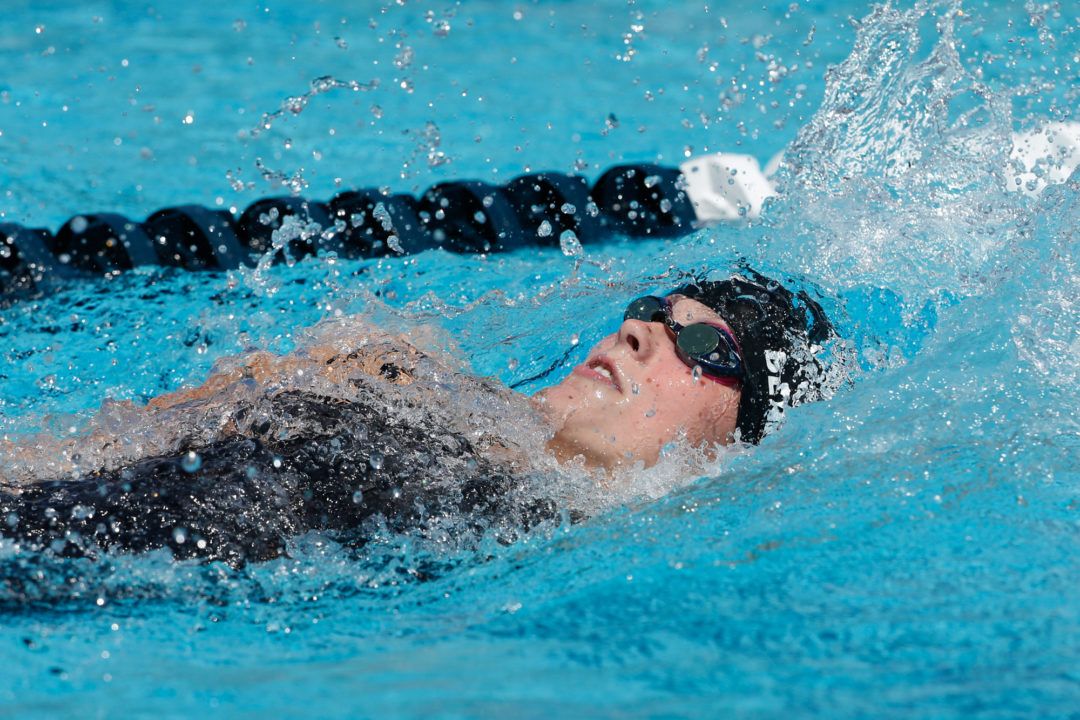 Besides a best time in the 200 yard backstroke, Berkoff also split 22.0 on Missoula's 200 free relay. Archive photo via Tim Binning/TheSwimPictures.com

Katharine Berkoff stole the show on night 2 of the 2019 Washington Open. Berkoff, a Montana resident who trains at the Missoula Aquatic Club, is committed to NC State as the #3 recruit in the high school class of 2019, and she backed that up with her first race of 2019 on Friday, swimming a 1:50.13 in the 200 yard backstroke.

That’s a new lifetime best and .03 seconds faster than she swam at Winter Juniors in December. She remains the 5th-fastest American in 17-18 age group history in the event, as well as the 21st-best performer in history (of any age).

She added a 2nd win on the night with a 4:44.12 in the 500 free, which was another lifetime best. This time, the margin was significantly bigger – her previous fastest swim was a 4:52.38 that she did at altitude in November.

The swim came shortly after Berkoff and her Missoula Aquatic Club teammates returned from a training camp in Arizona at Rio Salado.

The apple doesn’t fall far from the tree.

I hope she kicks out to 15m

Her underwater are good but nothing like her dads! At least, not yet!

I saw the race. She was close to 15m on the start and was close to half way down the pool before she surfaced after each turn. Amazing race to watch.

Heasley is committed to Texas according to his Instagram bio

You may be thinking of Ethan Harder who is committed to Texas.

Is she related to Berkoff?

Congratulations Katharine!! As a Wolfpack Woman next year you will go even faster under the legendary backstroke coaching of Braden Holloway! It’s going to be exciting!