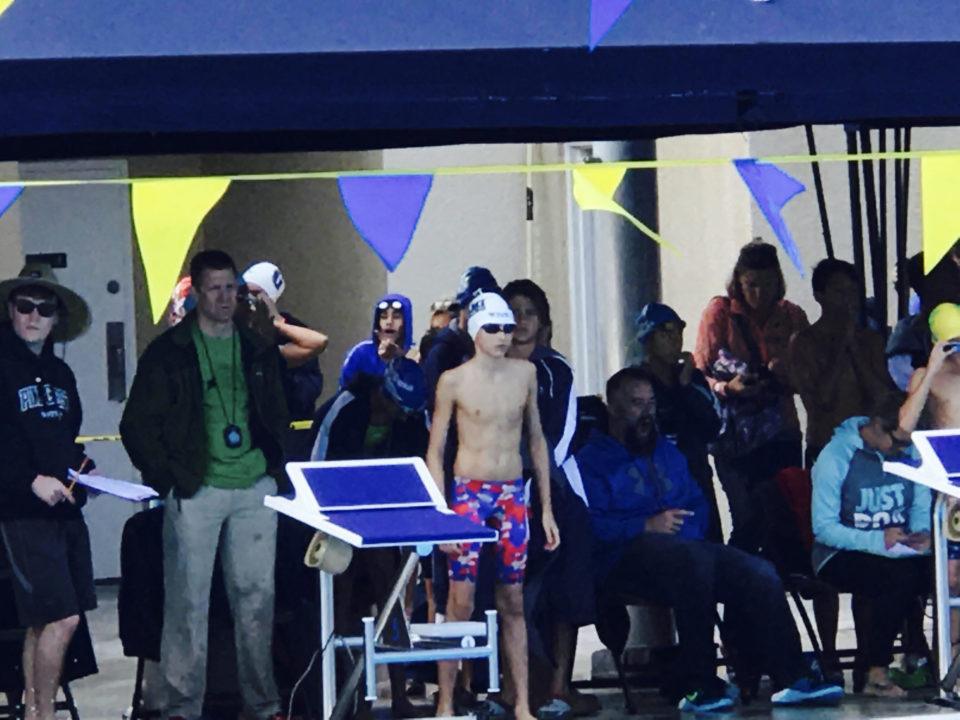 10-year old Kaii Winkler has broken his 3rd National Age Group Record in the last 3 weeks swimming at the Florida Gold Coast Junior Olympic Championships, swimming a 59.37 in the 100 yard fly. In his last big racing opportunity before aging up on March 27th, Winkler dropped almost two seconds from his previous personal best of 1:01.04.

Winkler’s swim broke the 10 & under National Age Group Record that was previously set by Andrew Rogers in 2014 at 59.44. In the 2 years since breaking that record, Rogers has dropped 3 seconds and is ranked 17th nationally in his age group in the event.

Watch the video of his 100 fly swim below:

They fixed it obv