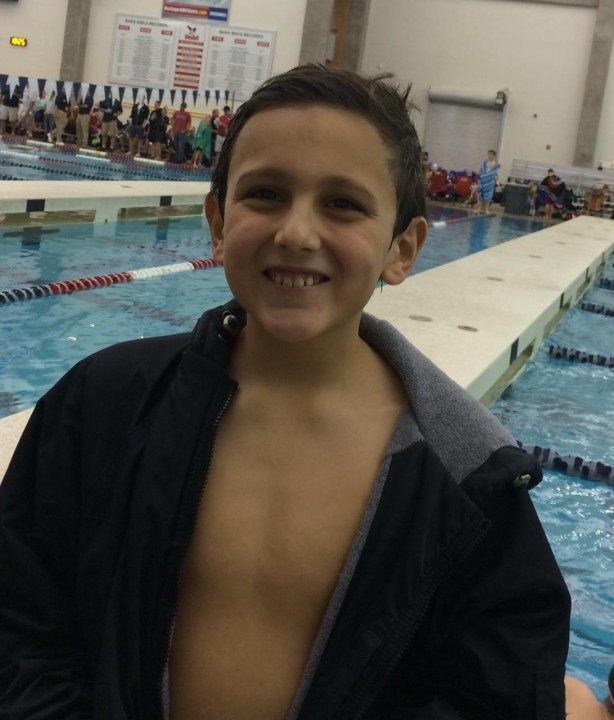 Andrew Rogers of the Arkansas Dolphins has broken the 10 & under National Age Group Record in the 100 yard... Archive photo via Evan Johnston

Andrew Rogers of the Arkansas Dolphins has broken the 10 & under National Age Group Record in the 100 yard butterfly. Rogers swam a 59.44 in a time trial of the event on Friday night at the Arkansas Short Course State Championships on the UALR campus.

In 1992, Zach Ferguson became the first 10 & under to break a minute in this event, and it took 22 years for his record to go down – but now Rogers has done so three times in three months.

Rogers is coached by Tay Stratton with assistance from Evan Johnston. The meet will run through Sunday.

Congratulations Andrew! You must be fun to coach and even more fun to watch race. Keep up the great work… future superstar!

Nice job. Maybe this kid could actually go under 50 in his lifetime. Unlike the previous NAG record holder…