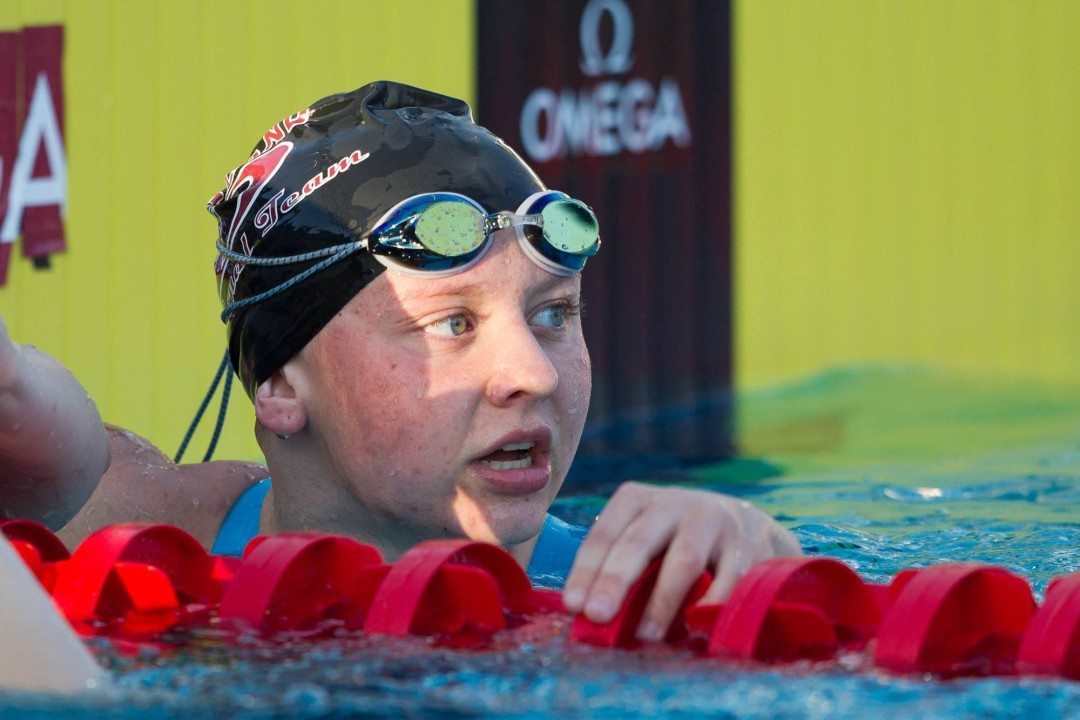 Krause touched in a personal best 51.71, breaking the 52-second barrier for the first time in her career. Archive photo via Tim Binning/TheSwimPictures.com

On day 3 of the 2017 Women’s NCAA Championships in Indianapolis, Indiana, Michigan freshman Vanessa Krause and Duke’s Leah Goldman were locked in battle during a 100 fly swimoff. In prelims, the 2 swimmers tied for the first alternate position, placing 17th with a pair of 52.14s.

Krause took the early lead by a fingernail, but was able to outsplit Goldman by 3 tenths on the back half to extend her lead. She touched in a personal best 51.71, breaking the 52-second barrier for the first time in her career. Had she swum that time in the preliminary heats, it would’ve landed her at 11th place.

Goldman followed about 4 tenths back, tying her prelims performance in 52.14.