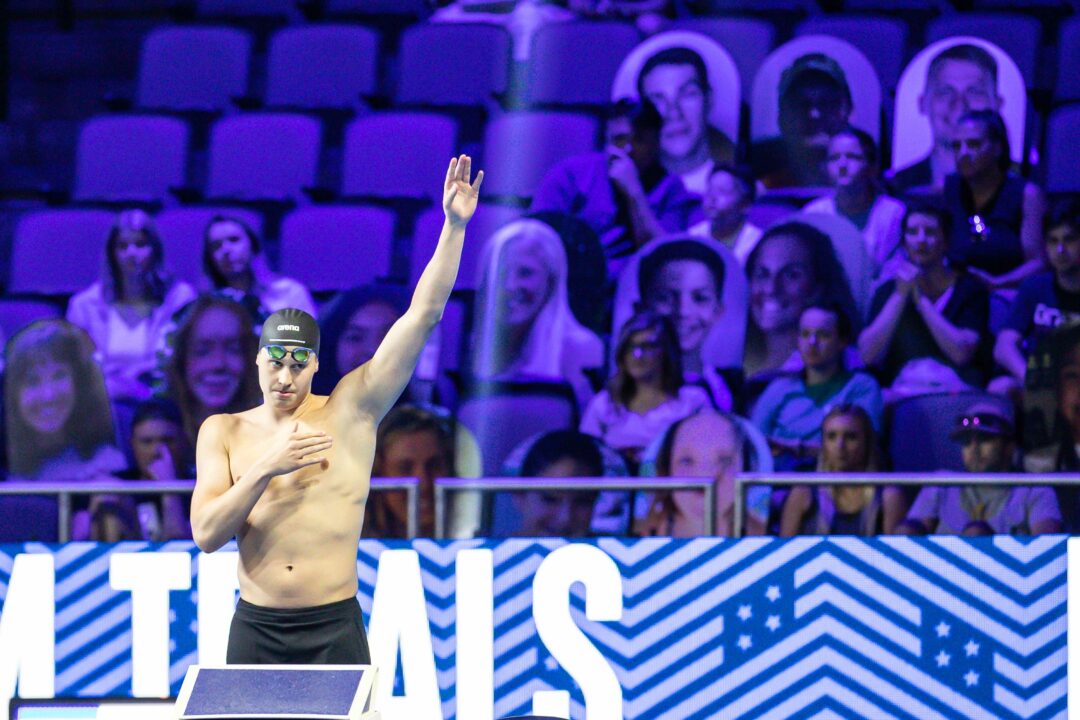 The move to train under Julian is a natural one for Ress, as he's a member of the Cali Condors ISL team, of which Julian is the head coach.  Stock photo via Jack Spitser/Spitser Photography

24-year-old Justin Ress announced yesterday that he is joining the new Mission Viejo Pro group under coach Jeff Julian. Ress, who has spent the last 7 years training at NC State/Wolfpack Elite, says the move wasn’t motivated by any displeasure or tension at NC State, saying the move “feels like the next step in my career, and I am hoping is one that advances my personal health and happiness.”

Ress says he grappled with the decision of whether or not to retire in recent months, but has decided a change of pace might be what’s best for him. The move to train under Julian is a natural one for Ress, as he’s a member of the Cali Condors ISL team, of which Julian is the head coach.

Another piece of news from Ress’ post yesterday: he intends to race at the U.S. International Team Trials at the end of the month. In his own words, “with the goal of having fun and not putting pressure on myself.”

Despite having done “relatively little training” this offseason, Ress was able to put up the fastest time in the world this year in the LCM 50 back at the Fran Crippen SMOC last night. He swam a sizzling 24.74 in semifinals. The swim comes in just off his personal best of 24.31, which he swam at 2018 U.S. Nationals. Here are the top 5 performance in the world in the men’s LCM 50 back so far in 2022

He should love the “swim nerds”. They are the only ones that know who he is. That is how well our sport is promoted. 😂

Or maybe don’t read the comments and get off social media.

Guys who make their money from swim fans yet have expressed a public detestation of them:

Feels like it could be the start of consolidating elite ISL focused swimmers around the coaches and forming clubs.

Matching the structure most other pro and semipro sports have.

If you can financially afford it, training in warm, sunny, Southern California, year-round is a good way to stay in a good headspace.

I am interested in how the elite perform at WC Trials. Mission meet is small and overall slow. Many national teamers aren’t in San Antonio so curious as to how they will perform with so little LC racing/training.

Fun, maybe he ties to set up these swimmers with families but this guy is in his 20’s instead of teens So, families might not except older swimmers like younger ones. Maybe, they set up roommates to take on the rent there.. Unless he is one of the swimmers that makes a 6 figure income MV is not cheap.

you and all the swim nerds

This is just more of the same old anti-fan rhetoric from swimmers and coaches. What Justin doesn’t understand, either because it’s not obvious when you’re on deck or he just willfully doesn’t care, is that we all agree that they have the bones of a better format, but that until they fix some of these things that us lowly spectators “complain” about, he’s just getting charity checks from the Russian boss. He’s not competing in a viable league. He’s participating as the beneficiary of a series of charity events. And if he expects us to not make fun of a system where a Russian billionaire is playing fantasy swimming but with real actual humans, then I’m sorry that he’s going… Read more »