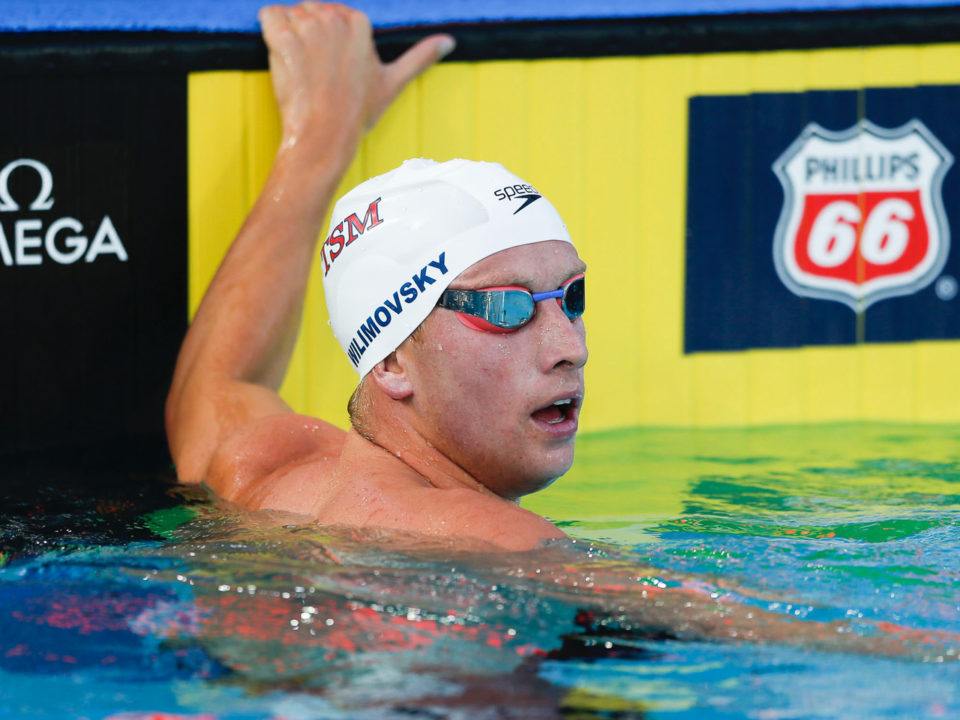 From the Bay Area down to Los Angeles and southern California out to other states like Arizona and Colorado, Irvine’s US Open site will see big names from out west.

On the men’s side, Olympians  Jordan Wilimovsky of Team Santa Monica and Zheng Wen Quah with Cal Aquatics are two of the biggest highlights. Nathan Adrian is entered in the psych sheets but will not be racing.

Some of the top swimmers from the Pac-12 will be racing, including Daniel Roy, True Sweetser and Grant Shoults (Alto Swim Club), Grant House, Evan Carlson and Carter Swift (Sun Devil Swimming) and Ivan Puskovitch and Alexei Sancov (USC Aquatics/Unattached). Of note, Arizona State’s roster was entirely redshirted for the 2020-21 NCAA season due to the pandemic, so Sun Devil swimmers have been focused on club training since March.

At the upper end of the age spectrum is breaststroker and Olympic hopeful Brandon Fischer of the Livermore Aquacowboys, the 100 breast top seed, along with NAG record-holder Keaton Jones (Swim Neptune) and age group standout Tona Zinn (SOCAL Aquatics Association).

For the women, Erica Sullivan and the Sandpipers of Nevada squad are among top highlights. Sullivan, the #2 miler in history in short course yards, is racing the 200/400/800/1500 free. Among her club teammates to watch are other young distance juggernauts: Katie Grimes, Bella Sims, Abby Dunford and Paige Kuwata.

I don’t think Isabelle Odgers is on Brea Aquatics