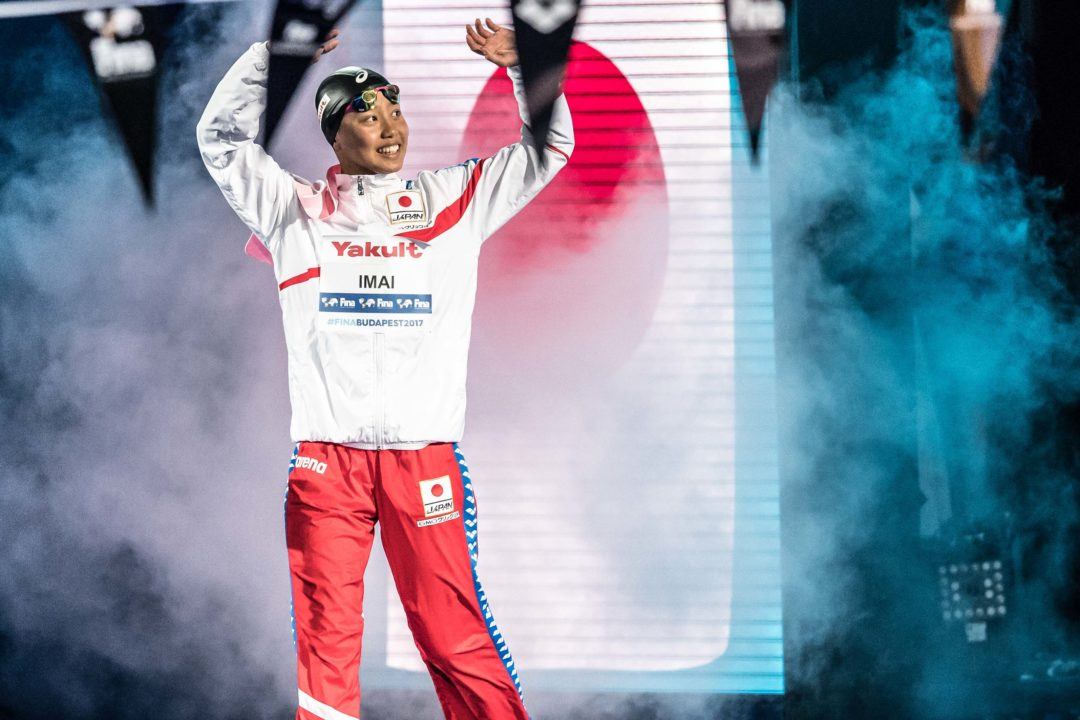 The Japanese women edged out China to set a new Asian Record in 1:37.35. Archive photo via Mike Lewis/Ola Vista Photography

The Japanese team of Aya Sato, Runa Imai, Rika Omoto and Tomomi Aoki combined for a time of 1:37.35 in the final of the women’s 4×50 free relay, breaking both the Asian and Japanese National Records.

China also went under the Asian Record tonight in 1:37.58, finishing just over two-tenths back of Japan. The two teams placed 5th and 6th in the final, with the United States winning in a new Championship Record of 1:34.03. China’s swim was obviously a new Chinese National Record as well.

Below, take a look at the split comparison between Japan’s new and China’s old Asian Record, along with China’s swim tonight that also went under the record.