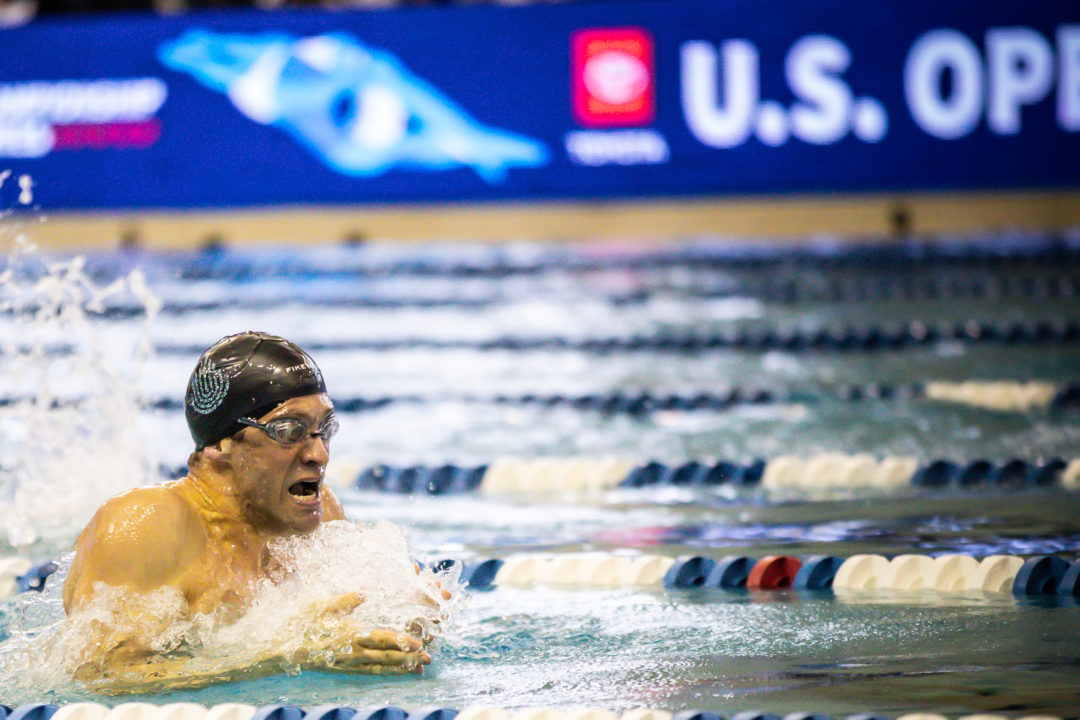 In his first event, the 50 breaststroke, Fike posted the quickest swim of the day out of all of the age-groups, finishing in a time of 25.38. Fike later returned to the pool in the 50 butterfly, where he put up a best time of 22.56 en route to a second place finish. With this, Fike cut .22 off of his best time entering the day.

Watts posted his first personal best in the 100 fly, finishing in a time of 52.68 to drop almost 2 seconds off of his previous time. Later, Watts swam the 200 breaststroke, demolishing the field by about 20 seconds to put up a best time of 2:05.78, cutting over 3 seconds off of his best time.

University of Texas has had some guys only go 56 in the 100 breast and the continue to finish too 2 in country.

Don’t be a turd

Did you wake up today and decide to be a dick to random 18 year old?