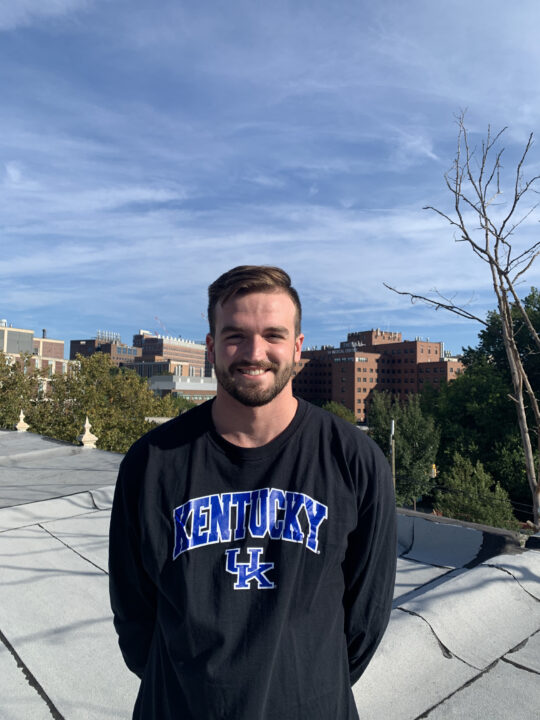 Dols has announced that he will be using the remainder of his NCAA eligibility to swim for the University of Kentucky beginning next fall.

After competing for the University of Pennsylvania during the 2017-18 and 2018-19 seasons, Jamaican National Record holder and 2021 Olympian Keanan Dols left collegiate swimming briefly while continuing to compete internationally. While he has returned to compete for Penn this season, he has already announced that he will be continuing his swimming career into graduate school, electing to transfer to the University of Kentucky beginning in the fall of 2022.

During his year away from the NCAA, Dols spent time training under Gregg Troy at Gator Swim Club. Under Troy, Dols trained alongside swimmers such as Ryan Lochte, Caeleb Dressel, and Andrew Loy.

As a club swimmer, Dols was a part of the Sarasota relay that set the YMCA National record in the 400 medley relay. Back in 2017, he swam the fly leg of that relay, splitting 48.80.

In April of this year, Dols re-broke his own Jamaican National Record in the 200 IM at the Pro Swim Series meet in Mission Viejo. There, he shaved over a second off of his previous record of 2:03.66, touching in 2:02.15. That swim was fast enough to earn an Olympic B standard in the event, ultimately paving the way to Jamaica granting him a Universality spot at the Games.

Dols will be a big pickup for the Wildcats, with times that put him in scoring range at the Southeastern Conference Championships. With his current best times, he would have earned a spot in the C-final of the 200 fly and both IM events at the 2021 SEC Championships. During the 2020-21 season his 100 fly would have been the third-fastest on the team, just over half a second off of Mason Wilby, who led the team in the event. Kentucky finished last in both medley relays last season.

Congrats on continuing your swimming career at UK. Go Wildcats!

Proud of you and what you have become! Kentucky is getting a great young man.

What’s going on with Penn swim staff? Only two coaches (Schnur and Malanina) listed on roster. Did the other new assistant leave?

Bit of a correction. This is for graduate school. I am still competing this year for Penn and graduating in the spring after which I will be using my final year of eligibility at Kentucky

Thanks for the clarification, Keanan! The article has been updated.

Interesting transfer and decision. Wouldn’t have given up that Penn education but to each their own.

You think kids actually learn more at Penn or he should have gone with the status of it?

Bit of a correction, this is for graduate school. I’m still competing for Penn this year and will be graduating in the spring. After that I will be heading to Kentucky for grad school and using my final year of eligibility there.