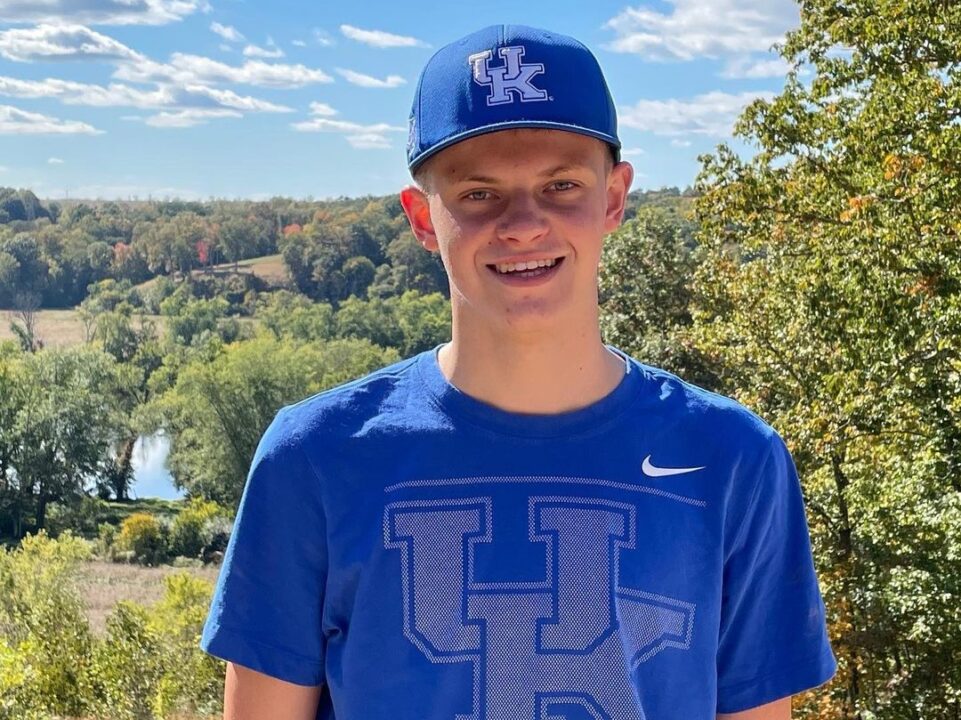 Fisher will bring depth to a Wildcat backstroke group when he arrives on campus after his high school graduation in 2023.

Chesterfield, Virginia native Josh Fisher has announced his college decision for after his graduation from high school in 2023 by verbally committing to attend the University of Kentucky. Fisher swims for Poseidon Swimming Inc. and for the Veritas School.

As a sophomore, Fisher finished in the top-8 of both of his events at the VISAA Swimming and Diving State Championships. His top finish came in the 100 back, where he took third in 51.16. He also added a fourth-place finish in the 200 IM (1:55.39).

Fisher made the trip to the Futures Championship in Richmond over the summer, racing in three events. In Richmond, he swam to a pair of C-finals appearances, taking 27th in the 100 back and 32nd in the 200 IM. In the back, he touched in 59.14, while he stopped the clock in the IM at 2:12.52. Two weeks earlier he won the B-final of the 100 back at the Virginia Swimming Senior Championships in 59.06.

The Kentucky men are coming off of a season that saw them take 7th out of 10 teams at the Southeastern Conference Championships. The backstroke events were a bit of a weakness for the Wildcats, as the team failed to score any points in the 100 and only placed two men into the finals of the 200.

While a majority of the Kentucky team will have graduated before Fisher arrives on campus, a pair of 2021 freshmen are already among the team’s best and will have two years of overlap with the 2023 commit. So far this season, Jackson Mussler holds the team’s fastest 200 back time as well as the second-best 100 back (50.92). Jack Hamilton also holds the third-best time in both events this season for the Wildcats.