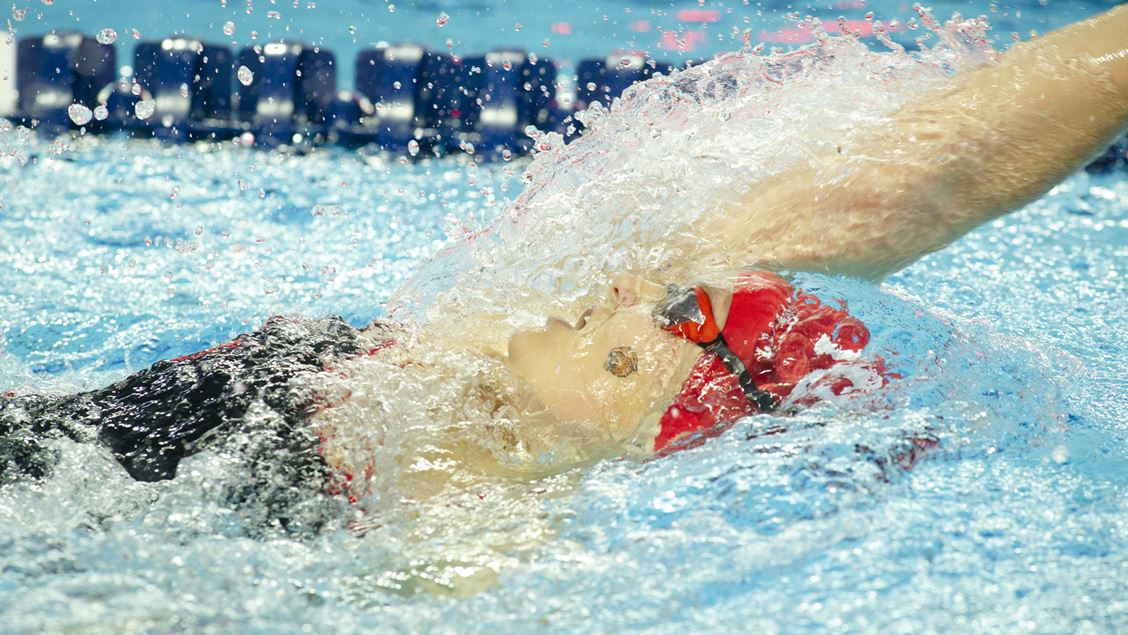 INDIANAPOLIS – IUPUI swimming and diving earned head coach Damion Dennis his first-career win as both the men and women beat Western Illinois on Saturday (Oct. 19). The men won their dual meet 185-39 and the women won 177-52.

The Jaguars won every event on the afternoon with multiple IUPUI swimmers earning multiple wins in the meet.

“Overall the Jaguars raced really well with the focus today on racing as we turned the times off the scoreboard and just went after it,” said Dennis. “The past five weeks of training has been extremely intense and they have responded great by winning every event. I believe meets like today are a strong testament to the athletes’ commitment to competing at a high level and really to each other as a team. I’m extremely proud of them and am so excited for their season ahead.”

The meet started with the women’s 200 medley relay with the team of Lauren Thompson, Aubrey Wing, Maureen Lingle and Andrea Hanas winning with a time of 1:49.13. The Jags also finished second in the event. In the men’s event IUPUI also went 1-2 with the team of Cade Anderson, Kevin Lingle, Cameron Green and Mason Jung clocking in at 1:34.68.

IUPUI will hit the road for its next meet on Nov. 1 at Cincinnati.

The 2019-20 Western Illinois men’s and women’s swimming and diving campaigns officially got underway in a dual meet in Indianapolis against IUPUI on Saturday (Oct. 19). The Leatherneck men lost 185-39 while the WIU women fell to the Jaguars 177-52.

The men’s squad collected a pair of second-place performances. Adam Peterson netted second in the 50-free (21.32) and Brennan Bladel registered a second-place finish in the 200-IM (2:00.06).

Off the platform, Samantha Kessinger collected second place in the one-meter diving portion with a score of 187.95.

The Purple and Gold 200-free relay team of Garret Kemp, Peterson, Ian-Anthony Johnson and Isaiah Pihlstrom connected for second with a slot of 1:29.10. The women’s 200-free relay squadron of Spielman, Gram, Alexis Dreyer and Mathus touched in 1:42.96 for second place.

The Western Illinois women’s squad continues the regular season on Friday (Nov. 1) with a dual meet at Omaha followed by both teams competing in Sioux Falls, S.D., versus South Dakota, South Dakota State and St. Cloud State on Saturday (Nov. 2).