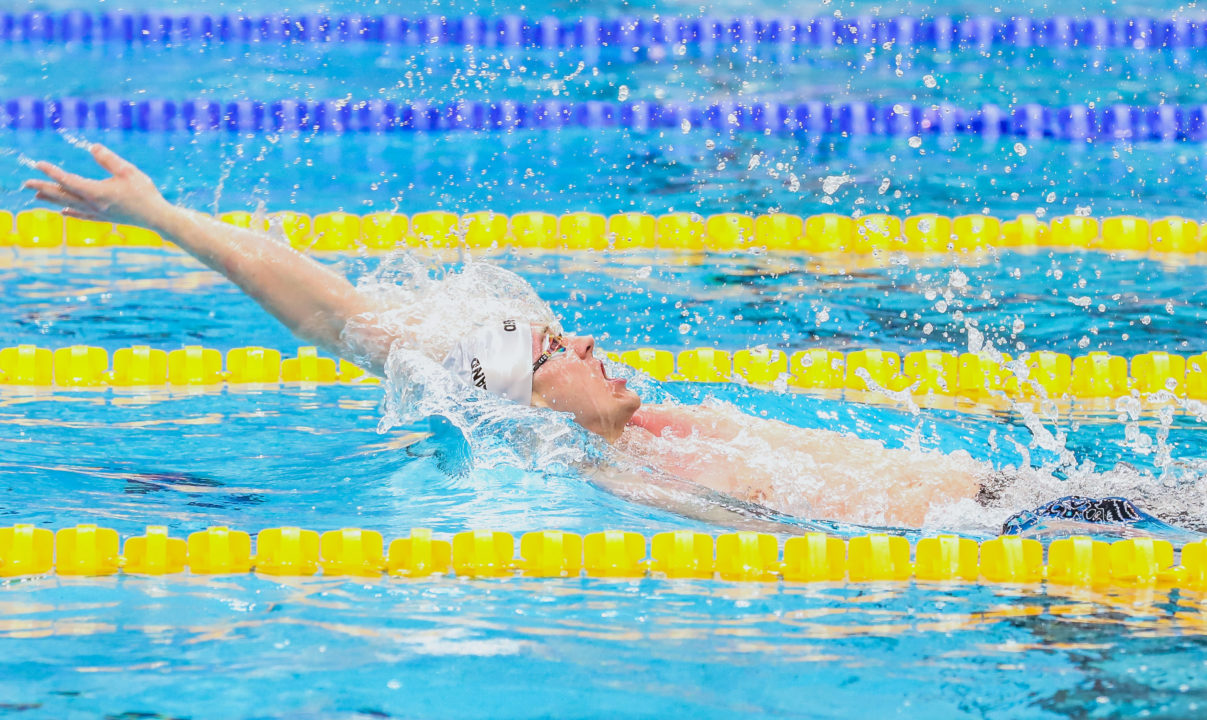 Get hyped on this Monday by watching a speedy foursome of Irish swimmers throw down their nation's fastest 200m medley relay. Archive photo via Swim Ireland

On the heels of Japan’s Daiya Seto posting an unofficial race from a push via social media, a foursome of Irish swimmers gave us a glimpse into one of their recent practice relay races that turned some heads.

Splits calculated by head coach Ben Higson included 24.8 for Ryan, 27.4 for Greene, 24.1 for Hyland, and an anchor to the tune of 23.4 for Bain. Collectively, the men unofficially registered what’s thought to be the fastest 200m medley relay to have been performed on Irish soil.

Had the estimated 1:40 effort been done officially, the outing would have obliterated the Irish national record in the relay event. That mark stands at the 1:41.94 the team of David Prendergast, Greene, Alex Murphy and Kevin McGlade established at the 2016 Portuguese Open Championships.

You can view the group effort in the video below with the 1:40 relay appearing in the lane closest to the viewer.