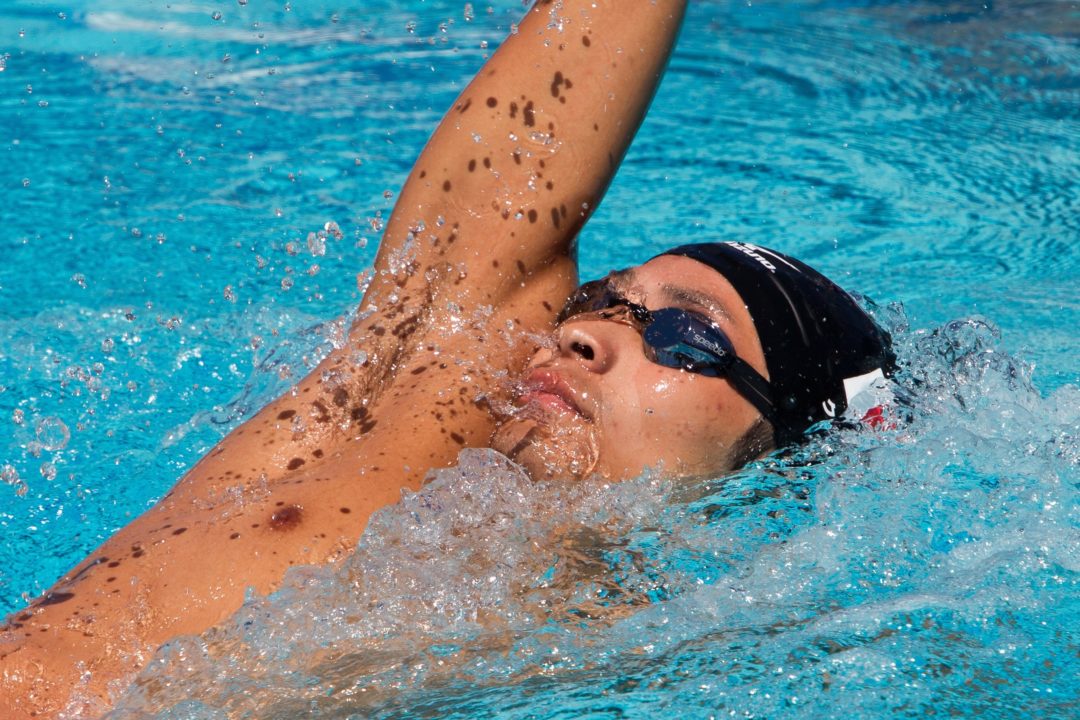 Ryosuke Irie was one of three swimmers to win two events on the 2nd night of the Charlotte Ultraswim. Archive photo via Tim Binning/TheSwimPictures.com

Day 2 finals of the Charlotte Ultraswim had a jam packed schedule, with finals of all the stroke 50s from last night added to the schedule from this morning’s prelims.

This caused the majority of swimmers to have doubles or even triples tonight, with three swimmers coming away with two wins.

Irie improves from 5th to 3rd in the world with that swim, while Ress moves up from 12th to 6th, and is now the 2nd fastest American this year behind only Matt Grevers.

Also doubling up on day 2 was Robert McHugh and Brazilian Joanna Maranhao, who both rocketed to wins in the 200 fly and 200 IM.

Olivia Smoliga had a big triple tonight, picking up a win in the 100 back at the beginning of the session before adding a pair of runner-up finishes in the 50 free and 50 back.

Other winners on night 2:

So impressed with Justin Ress!!!
The 100m backstroke in US Trials next weeks is very interesting with Murphy, Pebley, Grevers and Ress!!

15
-2
Reply
Don\'t Worry About it
Reply to  MichaelTran

Don’t forget John Shebat, who had a breakout year at Texas. He was already a finalist at trials last summer