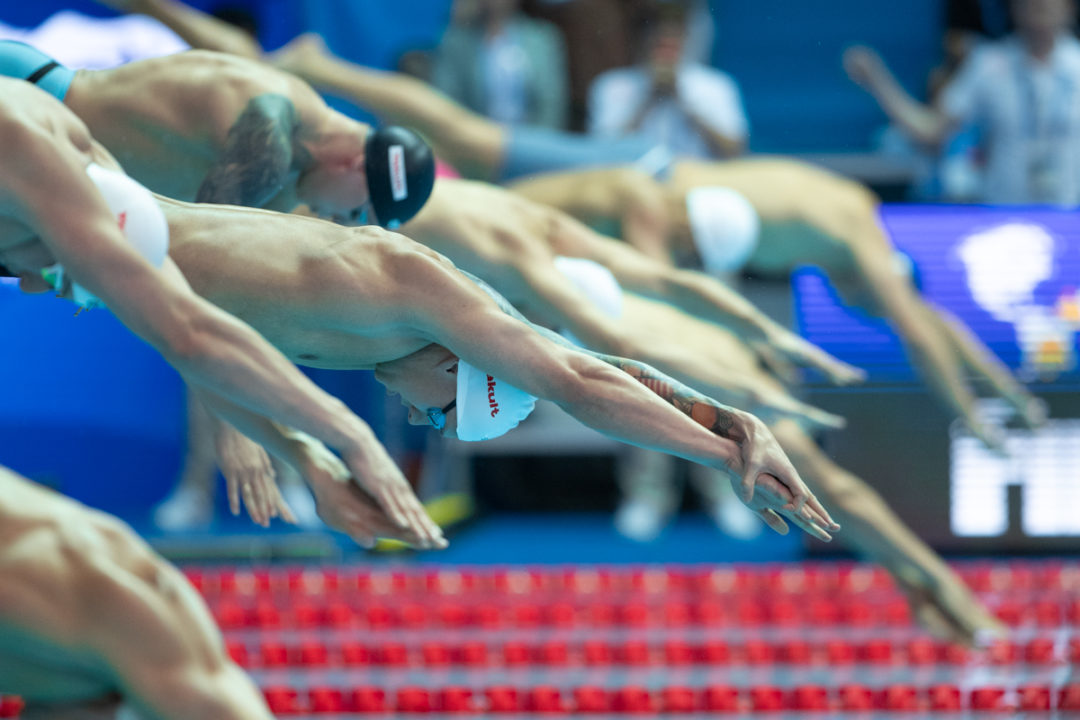 The International Olympic Committee (IOC) revealed key points of the revised Tokyo 2020 athlete qualification system now that the Games have been moved to July of next year. Archive photo via “Rafael/Domeyko Photography”

For starters, the deadline for achieving qualification times has been extended until June 29, 2021. However, international federations can still define their own deadlines before this date.

The world’s governing body of aquatic sports, FINA, originally set the qualification time frame as spanning from March 1, 2019, to June 29, 2020. The official qualification system documentation on FINA’s site still reflects this, but we’d expect the organization to expand the end date to reflect today’s IOC proclamation.

Additionally, the IOC confirmed once again that the athletes and National Olympic Committee (NOCs) who already earned an Olympic qualification quota place will retain those spots. Per the IOC, 57% of the total athlete quota places have already been allocated, with about 5,000 athlete quota places still to be assigned. In aquatic sports, synchronized swimming, water polo, open water swimming, and diving have already awarded quota places. Swimming technically hasn’t, but the differing qualification system in pool swimming essentially means that A cuts are still A cuts.

We previously reported how the top 10 finishers on both the men’s and women’s side of open water at the 2019 World Championships will retain their Olympic qualification.

“The IOC recognizes the sensitivity of such decisions. A sport-specific balance needs to be found between protecting those athletes who were close to qualifying based on the previous 2020 deadlines and also ensuring the participation of the best athletes at the Olympic Games Tokyo 2020 by allowing the top performers of the 2021 season to qualify”, noted the task force.

Finally, the task force also addressed the eligibility criteria saying “it is possible for IFs to extend the age eligibility criteria, if such exist, and allow athletes who are eligible in 2020 to remain eligible to compete at the Olympic Games Tokyo 2020 from 23 July to 8 August 2021”. As an example, the men’s football tournament is based on aged criteria (U-23), which could be modified for Tokyo 2020.