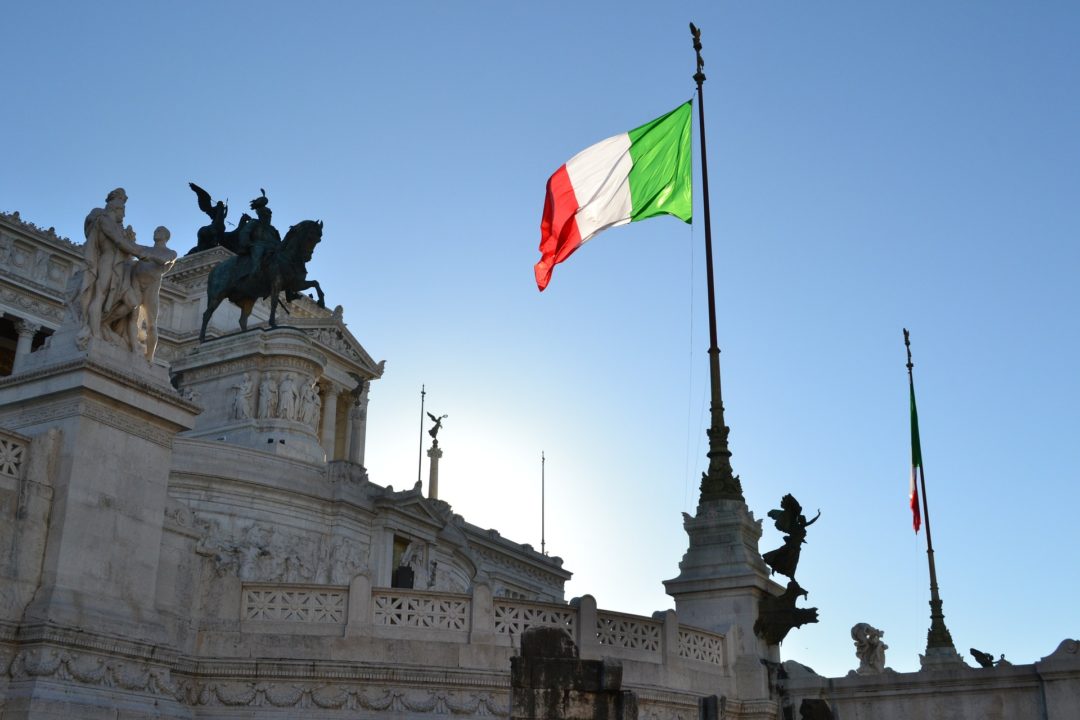 At a Group of Seven (G7) meeting, the member countries continued their support of Japan’s plan to host the Olympic…

According to Italian newspaper La Repubblica, the International Olympic Committee has already decided the fate of Italy ahead of Wednesday’s remote Executive Board Meeting.

While the IOC has a number of important topics to discuss regarding the very fate of the Tokyo2020 Olympic Games, among those is expected to be a confirmation of the decision to suspend the Italian flag and national anthem from playing at the Tokyo Olympic Games later this summer.

Giovanni Malagò, president of the Italian Olympic Committee (CONI), confirmed reports that if the Italian government does not resolve issues of CONI’s autonomy by Wednesday, that the vote will be in favor of suspending the symbols of Italy from participation in the Olympic Games.

Speaking in front of the Italian senate, Malagò’s pleas did not apparently fall on deaf ears – at least one senator, who voted in favor the reform in 2019, now believes that “the government must work to give a signal to the IOC, we cannot allow the image of Italy to be tarnished.”

What’s more, the move could hit the funding for CONI, both that provided directly by the IOC, and via sales of Olympic-themed merchandise emblazoned with the name and flag of Italy.

This represents the tipping-point of a two-year battle over a change in the way that the Italian government is funding the country’s Olympic sports.

A new law in Italy, enacted in 2019, that allows the federal government the authority to reorganize CONI, its activities, and its internal organization.

CONI’s previous government funding is now to be divided between the Olympic Committee and the newly-formed Sport e Salute company, which is entirely state-owned by the ministry of economy, that distributes the income from state funds and financing. In essence, this gives the Italian government greater control over how much money goes to CONI and how that money is used.

Malagò says that areas where neutrality and autonomy are necessary include the determination of the rules of sport and the definition of the structure and governance of sports.

Cooperation with governments is envisaged, but national committees must be independent of any political, economic, or religious influence.

Malagò says that any IOC decisions on possible sanctions that could be taken against Italy will come at its next executive board meeting on January 27.

Italy won 28 total medals at the 2016 Summer Olympic Games, including 8 gold, 12 silver, and 8 bronze medals. That put them 9th in the overall medals table, sorted by gold-silver-bronze order. Northern Italy, with anchor cities of Milan and Cortina d’Ampezzo, is scheduled to host the 2026 Winter Olympic Games.

Of those medals, 1 gold, 1 silver, and 2 bronzes were won by swimmers, though those numbers are expected to rise in Tokyo in lockstep with an overall explosion of international success by Italian swimmers in the four years since.

The Tokyo2020 Olympic Games were reschedule from last summer amid the global coronavirus pandemic and are now planned for July 23-August 8, 2021.

Cmon! The olympics are about world unity… this won’t help achieve that

But why then, none of the dictatorships – (like Hungary, Turkey, Russia…) where the government controls every aspects of sports financially, communication-wise, etc – have their flags banned too? Why just Italy? There must be something else behind the scenes

35
-3
Reply
Questionable
Reply to  Sam B

Probably money. Thats why the IOC still loves china even with their literal concentration camps and extreme human rights violations.

That’s also why democrats and republicans love China as well.

This is not quite right. The reform of Sport in Italy has allowed a company controlled in part by the government to reorganize the Italian Olympic Committee, its activities and internal organization. According to the Olympic Charter, the activities of the National Olympic Committee should not be determined and/or outlined by the government. Instead, with the reform, the government can have even financial control over CONI. The National Olympic Committees must be bound only by their statutes, the Olympic Charter and the statutes of the international sports organizations to which they are affiliated.
It doesn’t seem to me that in the nations you mentioned there is such an issue.
The situation can only be resolved by an urgent… Read more »

I think the IOC is acting when it’s forced to act. We all know, especially given that most of the world’s countries fund their Olympic Committees with public money, that governments are influencing the activities of the Olympic Committees. But, the IOC can ignore it because there’s ostensible firewalls, there’s at least the guise of independence.

In Italy, the government said exactly what they were going to do, so nobody could pretend it wasn’t happening. It was almost as if they were forced to act.

I do understand the IOC’s desire to keep government interference out of Olympic Committees. We can see lots of scenarios around the world how this would play out if not kept in check in… Read more »

THE IOC hits those countries that won’t fight back.
If they had the same attitude toward PRC [Communist China] I would have more respect for them.

I mean, this does make sense if they want to just use an “Olympic Athlete” designation for folks. You can’t just have that for Russia, because then you still know what country those athletes come from! Now, who’s to say if their home country got in trouble for state-sponsored doping, or if it was…whatever exactly is going on here in Italy.