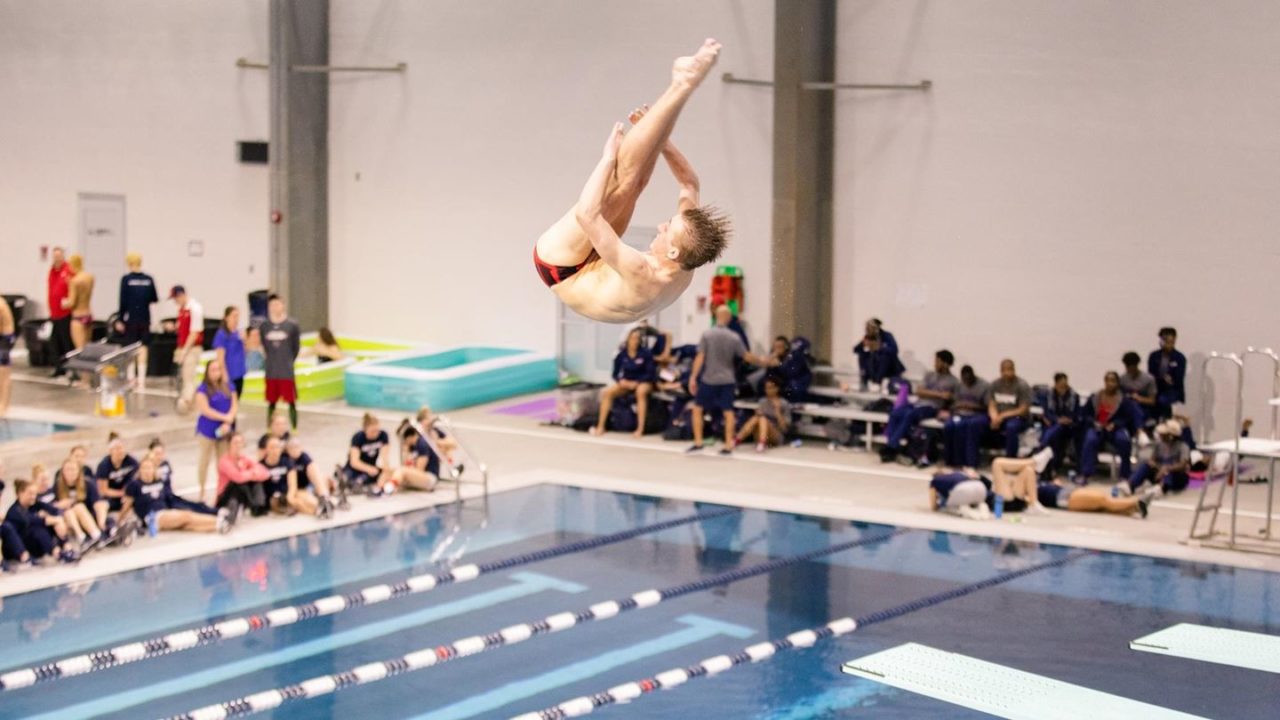 LITTLE ROCK, Ark. — The University of the Incarnate Word men’s and women’s swimming and diving team bested UA Little Rock and Ouachita Baptist University in their dual meet on Saturday with UIW racking up 194.5 points on the men’s side and 174 points for the women.

Right off the bat in the competition day the Cardinals dominated the women’s 400 medley relay to place first with a wining margin over four seconds, with Kristen Straszacker, Mariana Ruvalcaba Cruz, Sophie Taylor and Natasha Fung showing out in their respective strokes for a final time of 3:54.62. UIW also had relays come in at fourth and fifth in the event.

Straszacker also had an impressive finish to her 200 IM, coming from being behind in the third split to tie for first, touching in 2:12.62.

The men followed suit in their 400 medley relay event, with UIW taking the top four ranks of the final standings. Led by Fernando Ruvalcaba Cruz, Oleksandr Karpenko, Hector Ruvalcaba Cruz and Leonardo Sanchez notched the top spot with a stud time of 3:25.77.

Moving to distance events, UIW’s Brenda Diaz Martinez touched first in the women’s 1000 freestyle to finish in 10:23.76. Hannah Rowley and Maya Knutson came in after, taking second and third with respective times of 10:45.99 and 10:50.35. Diaz Martinez later won the 200 butterfly after going hard in the final split of the race to bust out a time of 2:05.59, winning by a millisecond.

Competition was slim in the men’s 1000 free, but even still Sergio Duran Mata held nothing back, putting out an impressive 9:35.80 finish. Teammate Oscar Cardenas came in second for the event with a time of 10:19.70.

The day’s 50 freestyle events notched Christopher Lestage on top for the men, with a final time of 21.47, while Magda Vega Vidal was UIW’s top finisher in a second-place finish in a time of 25.21, a margin of a millisecond after the top finisher.

In 1M diving, UIW took first for the men and women with Timothy Newton and Ana Lucia Garza finishing their rounds of dives for respective scores of 283.50 and 218.20. Garza also took top rank in 3M diving with a total score of 259.90, while Dawson Martinez showed out a strong 254.90 score.

Bryce Kuchan was the top-scorer for UIW in the men’s 100 butterfly, finishing with a time of 51.32.

The final event of the day, the 400 free relay, gave UIW multiple-second margins in their triumph over the competition. Ximena Conde, Brenda Diaz, Mariana Ruvalcaba Cruz and Madge Vega Vidal won for the women with a time of 3:35.88. On the men’s side, the scoring relay of Robert Anaya, Christopher Lestage, Garrett Holcroft and Norbert Aranyi touched first in a time of 3:17.84.

UP NEXT
The men and women come back home next weekend to host Southwestern State on Nov. 1. The meet is set to begin at 5 p.m. CT at the Ann Barshop Natatorium

LITTLE ROCK – The Little Rock swimming and diving team took on the Incarnate Word Cardinals today for their first dual meet of the season as well as their last home event until January. The meet also featured the Ouachita Baptist men, racing the Incarnate Word men’s team. The Cardinals came away with the win, defeating the Trojans 194.5-105.5.

Relays
The first event of the meet, the 400 medley relay, saw a 2-3 finish by the Little Rock A and B squads. The second-place team of freshman Khadijah Brown, senior Charis Won, freshman Fer Moussier, and freshman Asmalia Redzuan teamed up to post a 3:59.47. While each leg threw down notable splits, impressively was perhaps Redzuan’s, the fastest 100 free in the pool.

The meet concluded with the 400 freestyle relay, where the A team of Redzuan, Won, Moussier, and Brown took second to drop over six seconds from their seed to finish at 3:37.90.

Diving
Junior Coy Jones represented the Trojans on the boards, taking second on both. She finished the 1-meter competition with a final score of 200.60 and 211.50 on the higher of the two boards, edging a Cardinal competitor both times.

Freestyle
Junior Regan Lawrence pulled off an exciting victory in the 50 freestyle, stopping the clock at 25.20, just one hundredth of a second ahead of a Cardinal. Redzuan continues to shave off time in the 200 freestyle, dropping to 1:56.59 for a second-place finish. Won earned third place after coming from behind in the last 50 of the race, touching at 2:00.72 for the three-second time cut, three tenths ahead of the next opponent.

Won returned in the 100 free, cutting her time down to 54.78 to take second by one one-hundredth. Sophomore Carolyn Godwin and Lawrence placed fourth at 55.13 and fifth at 55.14, respectively, also dropping time from their seeds. Freshman Emma Bleadell earned a third-place spot on the day, finishing with a season-best 5:17.29 in the 500 free. She was followed by sophomore Lea Zengerling in 5:18.66. Meanwhile, the top finisher for Little Rock in the 1000 was also Bleasdell, coming in fourth with a 10:54.66 after a strong front half.

Backstroke
Jessie Baldwin again led the Trojan backstrokers in the 100, stopping the clock at 1:01.31 for fourth place overall and a .05-second drop. The senior also was the top Little Rock swimmer in the 200 back, earning a season-best 2:11.60 for fourth.

Breaststroke
Little Rock took second through fifth place in the 100 breaststroke, with junior Palmer Ristroph getting to the wall in 1:07.57, a season-best for silver. Godwin and freshmen Taylor Baldacci and Anna Grom were not far off each other, with times of 1:09.92, 1:10.42, and 1:10.69, respectively. Ristroph took home another second in the 200 breast with another season-best time, a 2:30.31.

Butterfly
Moussier was out fast in the 200 fly, stopping the clock at 2:05.60 for a two-second drop despite being unable to hold off a Cardinal for first place. Moussier also dropped time in the 100 butterfly down to 57.82, taking third behind teammate Redzuan’s second-place 57.65.

200 IM
Godwin tied a Cardinal swimmer for first place in the 200 individual medley for an exciting finish to the event lineup. The sophomore’s breaststroke leg propelled her ahead of her competitor and she was able to hold on for the season-best 2:12.62. Freshman Ashleigh Green placed third, also earning a collegiate best in the process with a time of 2:14.92.