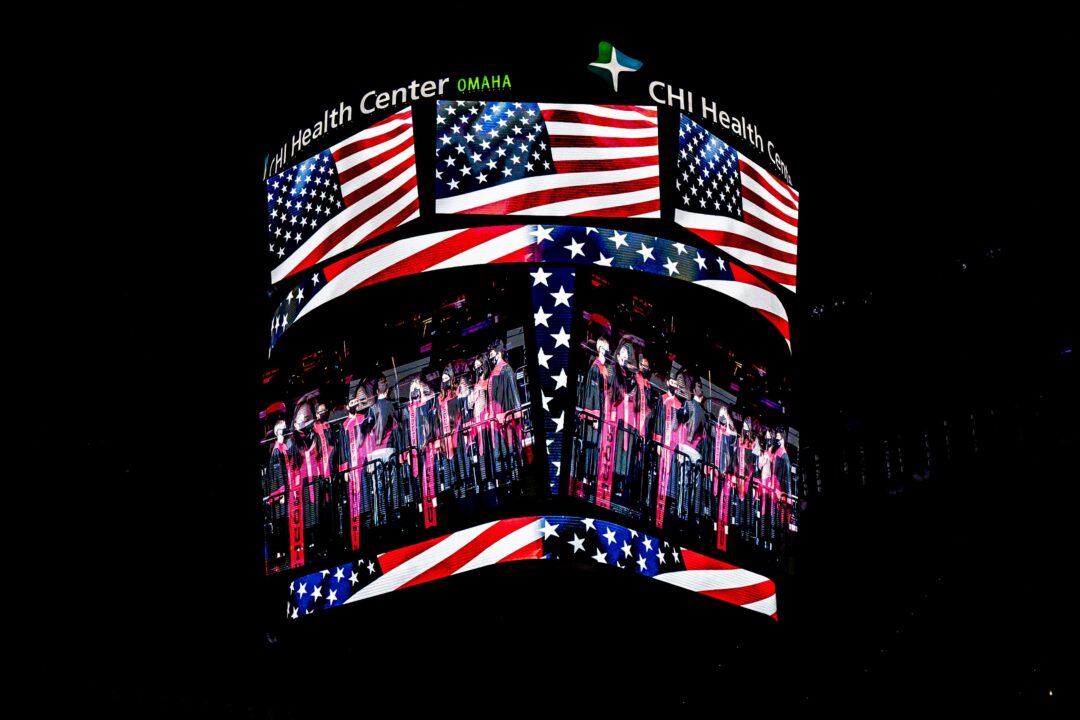 In the tables below, you'll find the progression of U.S. Olympic Trials standards dating back to 2008, including the total time change since 2008. Stock photo via Jack Spitser/Spitser Photography

On Monday, USA Swimming released the qualifying standards for the 2024 US Olympic Trials.

Unsurprisingly, every standard is faster than it was for the 2021 event. You can read our breakdown comparison of the 2024 cuts versus 2021 here. In this post, we’ll be looking at a broader view of how U.S. Olympic Trials cuts have progressed since the 2008 Olympic Trials.

In the tables below, you’ll find the progression of U.S. Olympic Trials standards dating back to 2008, including the total time change since 2008 and the percentage change since 2008. Note: The women’s 1500 free and men’s 800 free were only added to the Olympic schedule starting during the 2020 Olympics.

Here is the men’s table:

Naturally, times have gotten quite a bit faster across the board since 2008. The single greatest change in a specific discipline has come in women’s backstroke, which has seen a 2.7-second improvement in the 100 and 4.40 seconds in the 200 in the last 5 Olympic cycles. Men’s breaststroke is another discipline which has seen tremendous improvement, as the 100 cut has gotten 2.5 seconds faster, while the 200 has come down 4.80 seconds.

Also notable, time standards have come down under barriers in a number of events for the 2024 Olympic Trials. For example, the men’s 100 free cut is now under 50 seconds, and the 200 is under 1:50. The women’s 400 IM has dipped under 4:50 as well. Of course, the cuts were under those marks for the 2020 Wave II meet, however, that was a unique case as the COVID-19 pandemic led USA Swimming to split the meet in half.

No surprise that women’s distance racing is the weakest area of the sport, the only race that has improved by less than 1% over 16 years. Ledecky’s career and records will last a long time partially because very few elite athletes are attracted to those distances in the first place. She won’t have to fend off 10 newcomers. Maybe a few tops. That’s why it’s ridiculous that Michele Tafoya was asking her about retirement. Ledecky made the proper choice to drop the 200. I think she could extend her career to 2032 if she eventually dropped the 400 also and concentrated solely on 800 and 1500. As someone else mentioned in this thread, track athletes almost invariably move up in… Read more »

That’s what the Wave 1 Cuts are.

As someone who grew up following Olympic Trials and dreamed of making the meet, it is insane that the tame times that I swim now, which I consider to be nowhere close to OT-caliber swims, would qualify just 12 years ago.

The sport truly has progressed so much and it’s hard to put into perspective without this data. Got work to do for 2024!

It’s cool to know that in 2022 we’ve got a few women who would’ve qualified for 2008 Olympic Trials.

I only thought about Americans’ times and just went by what I remember, but I think the following women could qualify for finals in 1984 (included links to the relevant wikipedia page)
Katie Ledecky in the 1500
Regan Smith in the 100 and 200 back (also Missy Franklin in the 200 that year)