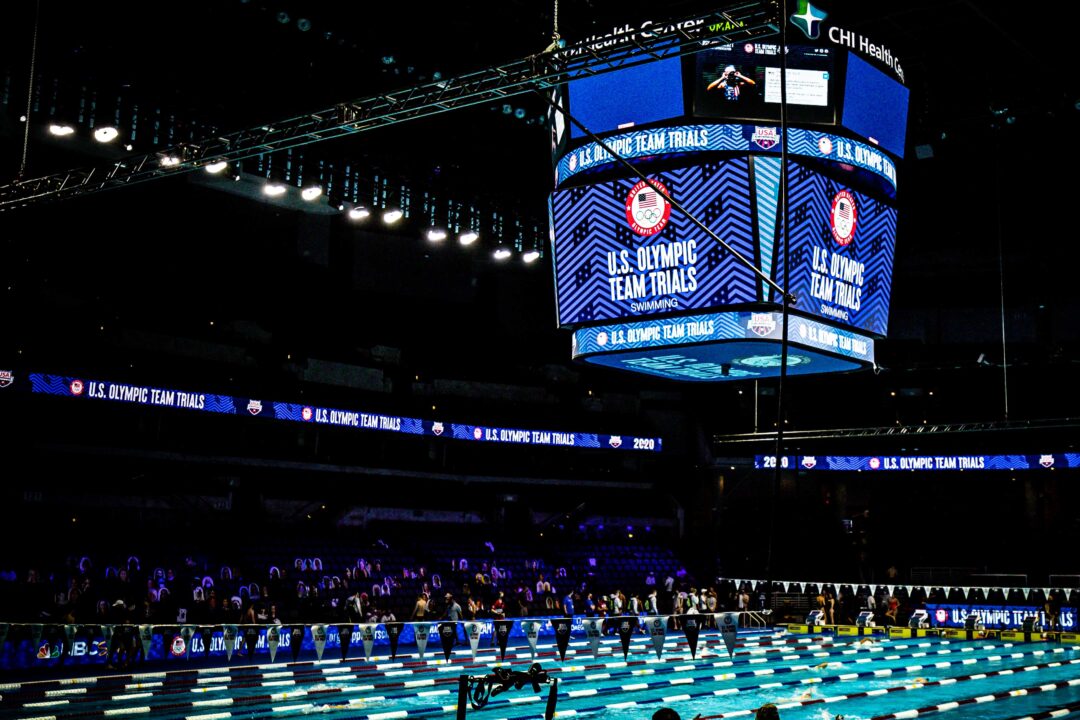 Let's take a look at how the Trials qualification window, as well as the gap between Trials and the Olympics, compares to previous Olympic cycles. Archive photo via Jack Spitser/Spitser Photography

USA Swimming announced the qualifying times and dates for the 2024 Olympic Trials. The meet will take place from June 15 – 23, 2024 at Lucas Oil Stadium in Indianapolis. The new location of the meet was previously announced, as was the new nine-day format.

As we’re in the midst of a season that’s seen World Trials and World Championship dates shuffled around, we thought it would be worth looking at the gap between Trials and the start of the Games in Paris to see how the gap stacks up to previous Olympic years.

During that time, the U.S Olympic team holds training camp. Last year, the team prepped for the Games on Oahu, Hawaii before heading to Tokyo. In 2016, they trained in San Antonio, Texas and Atlanta, Georgia.

2024 will be the shortest distance that the team will have to travel for the Games since the 1996 Games in Atlanta.

Also included in USA Swimming’s press release was the qualification period for hitting an Olympic Trials cut, which runs from November 30, 2022 to May 30, 2024.

Below is a table comparing the length of qualification periods for the last four Olympic Trials meets and the upcoming one.

*Assume that the entry deadline for 2016 and 2012 Trials was two days before the meet began, like it was originally scheduled to be in 2020.

October 1, 2009 is the date polyurethane suits were banned in the United States. The qualification period began then, to ensure that athletes were making their cuts without the full length super suits.

The original qualification window for the 2020 Olympic Trials was going to be November 28, 2018 to June 19, 2020. That’s a period of 569 days. The qualification window also ran up until 2 days before the start of the originally scheduled meet, which is significantly different from the 2021 and 2024 Trials, where there’s a gap of 2 weeks between the window closing and the start of the meet.

While the 2024 and 2020 windows have slightly different day counts, they both reflect the same point in the Olympic cycle: approximately just before Winter Nationals and Junior Nationals began 18 months prior. USA Swimming CEO Tim Hinchey instituted this change after he began his role in July 2017.

This shows that with the exception made for the pandemic, USA Swimming has consistently been shrinking the qualification window. Adjusting the window implies that they’re trying to control the number of swimmers at the meet. That said, it’s not USA Swimming’s goal to make trials a highly exclusive event. According to U.S National Team Managing Director Lindsay Minteko, “the drops in time from the 2020 Trials Time Standards are a sign that our sport is continuing to get faster across all events and disciplines.”

I need to know when 2023 Phillips 66 cuts will
be released, I’m aiming to qualify for those.

Perhaps I’m the only person around who liked it, but the Wave I and II idea was a good way of handling the numbers of qualifiers. Not only did it give some added attention to the younger, less experienced swimmers in Wave I, it also kept the “crush” of folk in Wave II down to a much more manageable size. Not happening in 2024, I know, but just saying . . . . . .

If u are at the slower meet you aren’t at Trials.

Wonder if they’ll continue to do the Flight 1 meet as well.

There is no indication that they will.