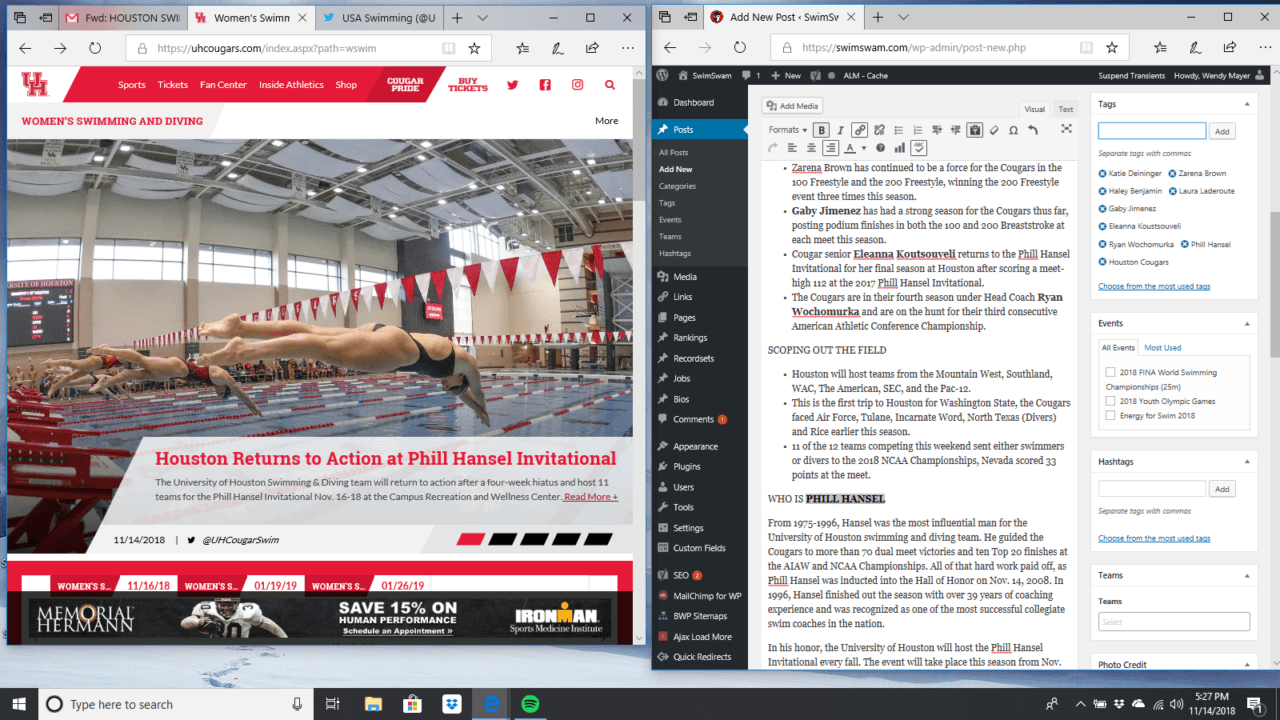 The University of Houston Swimming & Diving team will return to action after a four-week hiatus and host 11 teams for the Phill Hansel Invitational Nov. 16-18 at the Campus Recreation and Wellness Center. Current photo via Houston Athletics

HOUSTON – The University of Houston Swimming & Diving team will return to action after a four-week hiatus and host 11 teams for the Phill Hansel Invitational Nov. 16-18 at the Campus Recreation and Wellness Center. Prelims will begin at 10 a.m. on each day and will be followed by finals starting at 6 p.m. Friday and Saturday. Finals will begin at 3 p.m. on Sunday.

WHAT YOU SHOULD KNOW

SCOPING OUT THE FIELD

WHO IS PHILL HANSEL

From 1975-1996, Hansel was the most influential man for the University of Houston swimming and diving team. He guided the Cougars to more than 70 dual meet victories and ten Top 20 finishes at the AIAW and NCAA Championships. All of that hard work paid off, as Phill Hansel was inducted into the Hall of Honor on Nov. 14, 2008. In 1996, Hansel finished out the season with over 39 years of coaching experience and was recognized as one of the most successful collegiate swim coaches in the nation.

In his honor, the University of Houston will host the Phill Hansel Invitational every fall. The event will take place this season from Nov. 16-18 at the Campus Recreation and Wellness Center Natatorium.

Meet information including teams, event schedule, parking, and meet results can be found by clicking HERE.

Houston will return to action after the New Year when it travels to Fayetteville, Ark. for a meeting with the Arkansas Razorbacks on Jan. 19.