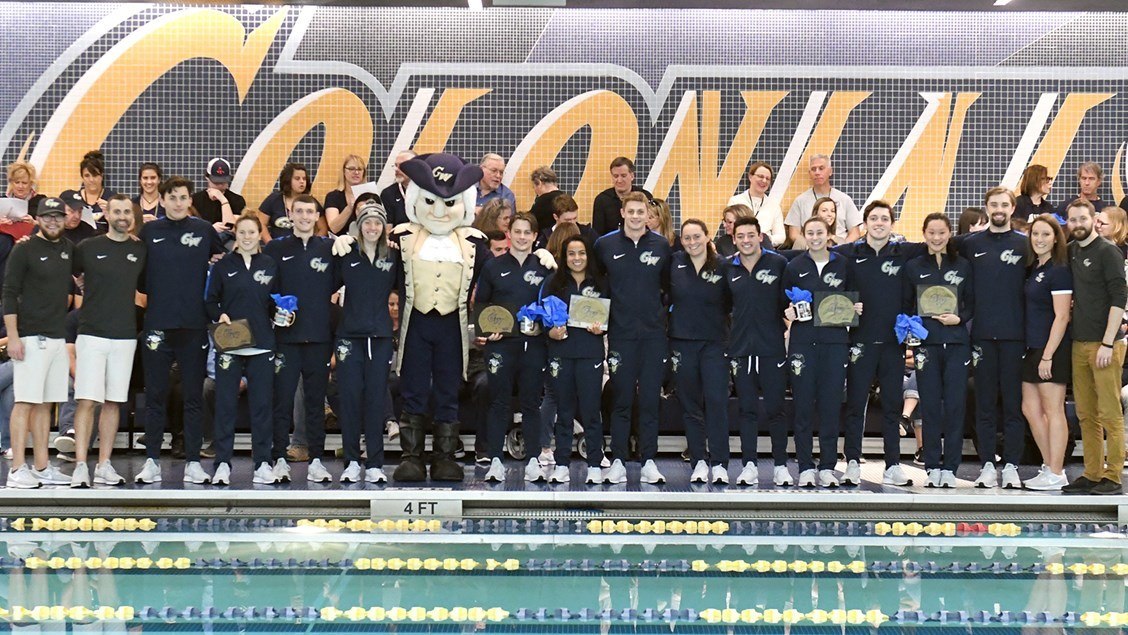 The A-10 Championships continue tonight, with the women’s finals running at 3:30pm and the men’s at 7pm. After DQ’ing the 200 medley relay last night, George Washington roared back tonight, easily jumping up to the #1 spot in the team scores.

GWU swept the events tonight in the pool, the biggest showdown coming in the 200 IM. Conference record-holder Emils Pone went head-to-head with teammate Marek Osina, as Osina was able to get the win in conference-record fashion, going 1:45.18 ahead of Pone’s 1:45.43. Both men were under Pone’s old conference record of 1:45.66 from 2019, while they took down the meet record of 1:45.73 done by St. Bonaventure’s Tjaard Krusch to win this title last year. Krusch finished fifth tonight in 1:47.81.

After finishing day one in last, GWU is now leading by a considerable margin, while the race for second is very tight between the next four teams.

Results for diving are not yet available, so the men’s 1-meter results are not reflected in the scores below

What does that even MEAN

nobody knows what it means, but its provocative

it gets the people going.

they swam to one song, and one song only