Google’s Year in Search 2021: Which Swimmers Made the List? 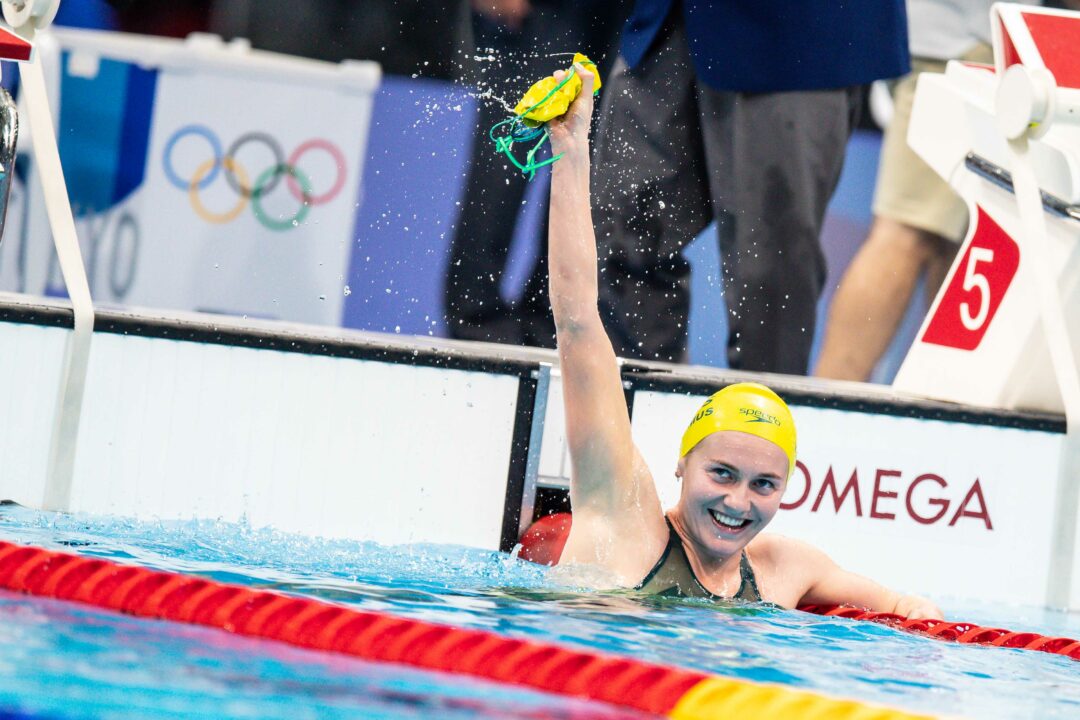 In Canada, Penny Oleksiak was the 5th most searched in the “Canadian Athletes” category. Oleksiak became the most decorated Olympian in Canadian history with her performance at the Tokyo Olympics this year.

Ariarne Titmus ranks 8th in the most searched “Aussies” category. Titmus won gold in the 200m and 400m free in Tokyo, and coach Dean Boxall’s celebration became an instant classic. Titmus was able to beat the greatest distance swimmer in history, Katie Ledecky, in the 400 and came from behind to win the 200, touching ahead of Hong Kong’s Siobhan Haughey.

Haughey, meanwhile, was the most searched in the “Athlete” and “Local” categories in Hong Kong in 2021 according to Google’s list. The silver-medalist also ranked 6th in the “Top Trending Keywords” category, behind “Voucher registration”, “Olympics”, “Vaccine appointment”, “iPhone 13”, and “Anita Mui”. Haughey was the first swimmer from Hong Kong to ever win an Olympic medal, and the first Hong Kong athlete to ever win two medals.

Two swimmers made Google’s Year in Search in Hungary. Kristof Milak ranked 4th in the “Sport” category, while Laszlo Cseh ranked 6th in the same category. Milak won silver in the 100 fly in Tokyo and won gold in the 200 fly, breaking Michael Phelps’ Olympic record in the process. Cseh did not win a medal at Tokyo, but his retirement was major news not only in Hungary but internationally in the swimming community.

Tatjana Schoenmaker made Google’s Year in Search in South Africa with a 10th place ranking in the “Local Personalities” category. Schoenmaker won gold in the 200 breast, utilizing a unique late breath technique that drew a lot of attention in the swimming world. Schoenmaker also won silver in the 100 breast, finishing ahead of World Record holder Lilly King but behind King’s American teammate Lydia Jacoby.

Italian Federica Pellegrini ranked as the 8th most searched in the “Person” category in Italy. Pellegrini became the second swimmer (behind Michael Phelps) to make the finals in the same event five times in the Olympics when she qualified for the final of the 200 free at Tokyo.

No American swimmers made the trending list in 2021. During the last Olympic year in 2016, Michael Phelps and Ryan Lochte went 1-2 in the “Athletes” category in the United States while Ledecky ranked 10th. Phelps and Lochte also made the trending list in the “People” category, ranking 3rd and 6th, respectively. As far as Global searches, Phelps ranked 3rd and Lochte ranked 9th in the “People” category in 2016. Only Donald Trump and Hillary Clinton were searched more in 2016 than Michael Phelps. No swimmers made the Global searches list in 2021.

that is more domestic than international

Us Americans need to do better

Showing results for Simone Biles.
Search instead for Caeleb Dressel?

Why is Caeleb Dressel?