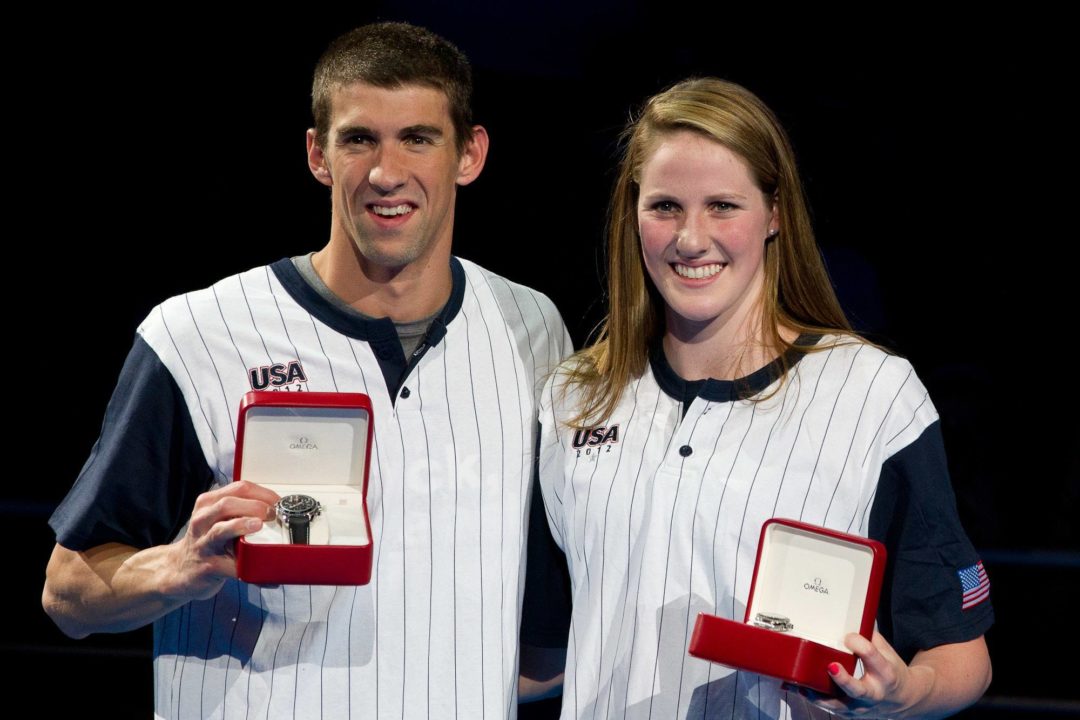 To get excited for Rio, dive into the SwimSwam archives and revisit the London 2012 Olympics. Current photo via Tim Binning/TheSwimPictures.com

As the 2016 Olympic Opening Ceremonies roll around, it feels like we were very recently gathering around our televisions to cheer on our countries in London. But, sometimes it takes looking back into the journalism of the day to see how much things have changed (or perhaps stayed the same). So, take a dive into the London Olympics with some prophetic and insightful SwimSwam articles circa 2012:

1. After Winning the 800 Free at U.S. Trials, Katie Ledecky Doesn’t Know Going Out in 2:01 Is Unreasonable

2. Belief by David Plummer: After his heartbreaking 3rd place finish at Olympic Trials

5. Ryan Lochte Not Permitted to Wear Grill on London Podium

6. Opinion: On Ye Shiwen and Doping (For Another, Look Here)

7. Phelps’s Legacy on the Line in London

8. Michael Phelps Becomes Most Decorated Olympian of All Time

Interesting reading to go back in 2012. It is remarkable that nobody including her coach saw that she is already a dominant swimmer capable to beat the silver medalist by 4(!) seconds. And only Rafael could foresee what was coming. Congratulations, Rafael.