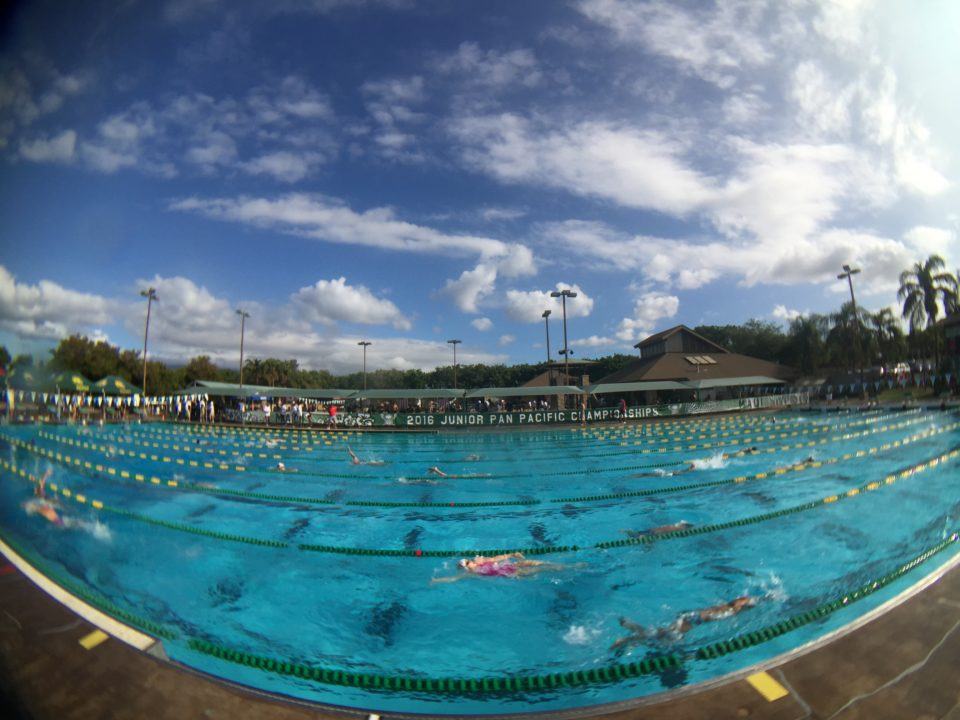 After the final night of competition at the 2016 Junior Pan Pacific Championships in Maui, Hawaii, the USA men and women have won the combined team title. Current photo via USA Swimming

After the final night of competition at the 2016 Junior Pan Pacific Championships in Maui, Hawaii, the USA men and women have won the combined team title. The Americans won 6 of the 10 events on the final night of competition, pulling together an overall score of 477 points that gave them a 170-point lead over Australia (307). Rounding out the top 3 places was Canada, as the Canadians gathered 257 points overall.

Team USA now has 4 consecutive Junior Pan Pacific Championship titles, as they also won in 2010, 2012, and 2014. The last time the U.S. didn’t win the overall team title at this event was in 2007, when they finished 2nd behind Australia.

While the USA repeats as champions, both Australia and Canada have improved on their final ranking from the 2014 Junior Pan Pacs, bumping Japan, the former runner-ups, to 4th.

Team USA won a total of 48 medals throughout the competition, including 19 gold, 18 silver, and 11 bronze medals. In addition to the medals, the American swimmers also broke 7 meet records in the process.