Michael Phelps Becomes Most Decorated Olympian of All Time 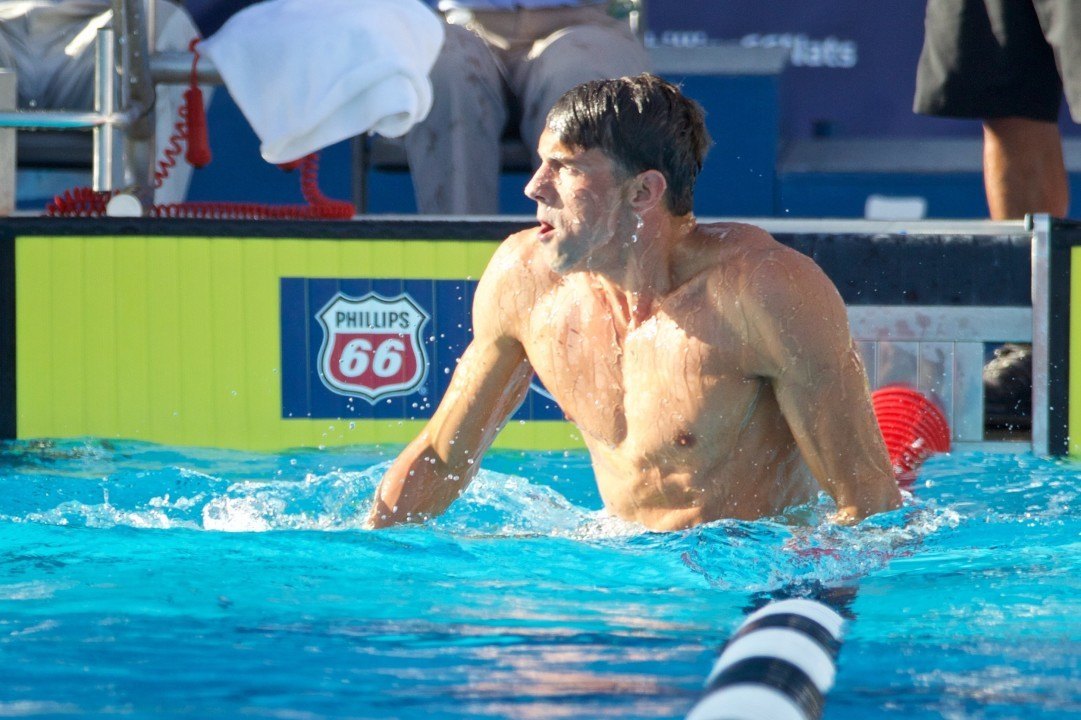 US Olympian Michael Phelps passed Soviet gymnast Larisa Latynina tonight with his medals in the 200m Butterfly (Silver) and 4×200 Freestyle Relay (Gold). His medals tonight bring Phelps’ total to 19 medals, one-upping Latynina’s total of 18. Phelps still has medal hopes for the 200 IM, and the 4×100 Medley relay, giving him a shot at a total of 22 career Olympic medals over three Olympic Games (three in which he has won medals).

Michael Phelps has publicly stated that these Olympics will be his last and he will not compete in Rio in 2016. Phelps did, however, say in 2008 that he would never swim another 400 IM, the event that he came fourth in just a few days ago.

Aside from his impressive career medal total, these Olympics have, so far, been disappointing for Michael Phelps. He failed to medal in the 400 IM, collected only a silver in the 4x100m Freestyle relay (although split a very impressive time) after his team was run down. Phelps jammed his third turn in the 200m Fly, his pet event since he qualified for the 2000 Olympics in it at age 15, and was eventually out touched by South African Chad le Clos.

It is also interesting to note that Michael Phelps, for the time being, has more Olympic gold medals all time than Jamaica.

Well…I think a 3 second win is enough to say the USA simply kicked butt. Congrats to Mr. Swimming, Michael Phelps for taking the top spot as the most decorated Olympian ever.

Are we counting out a medal in the 100 fly, or was that just an oversight? In any case, very impressive record. Huge congratulations to him. If we’ve learned anything from this Olympics it is just how impressive Phelps’ 8 golds in ’08 were.

Those eight golds are looking more magical and impressive every day!! As I watch the races each night, I keep saying how this makes me realize just how impressive a feat the golds were in ’08. Just goes to prove what an amazing talent Phelps is!

Congrats to Michael Phelps, still bummed for 200 fly but hey, karma is a b*tch. He swam good 200 free, considering how tired physically and mentally he must have been.