The Swim Bachelor Searches for Love in Swimming 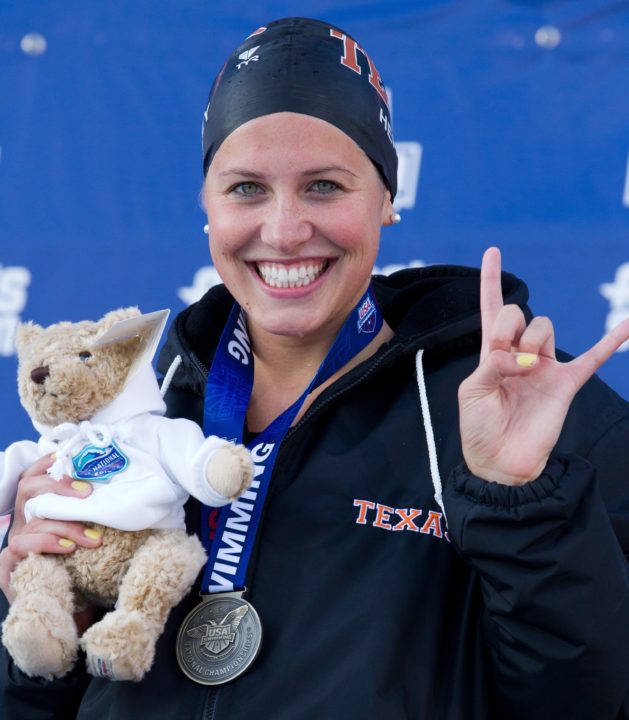 With the 2016 Olympics headed our way, we need Jesse to return or we need to find a new Swim Bachelor and Swim Bachelorette to cover this important topic.

From the hype of the 2012 Olympic Games, the Swim Bachelor entertained us with his search for love. With the 2016 Olympics headed our way, we need Jesse to return or we need to find a new Swim Bachelor and Swim Bachelorette to cover this important topic.

Follow the journey of Swim Bachelor, Jesse Kubanet, in his search for love among Olympic Hotties.

I’m sure by now that you’ve all seen the U.S. Olympic Swim Team’s rendition of “Call Me Maybe” on YouTube (it’s approaching 3.5 million views). From that video I’ve learned a few things. First, Brendan Hansen is hilarious, and if he is not on the next season of Dancing With the Stars, I’m not watching (I mean it this time). Second, not only are out ladies able to cut through the water like Poseidon on Viagra, they are all drop dead gorgeous. Finally, I discovered that I am in love, with all of them.

I know after the games, these lovely ladies are going to be catapulted to rock-star status upon their return to the states, which is why I am hoping this garners some attention now. I would like to formally announce my candidacy to be the contestant on the next season of The Bachelor with my bevy of beauties to choose from all being members of the 2012 U.S. Olympic Swim Team (Note: I realize some are married/engaged/single/would never speak to me in public, but let me have this. Also, they all HAVE to participate or they will be stripped of their medals). This version of the show will also not involve roses. Instead, I will ask the girls, “Will you take this Arena Carbon Pro Suit?” One reason is due to advertising and sponsorships; the other is because I just want to say that on national television.

Since that show is totally rigged, I have decided that we can skip all the riff-raff and get down to my final five:

How could anyone not love Rebecca Soni? Not only is she one of the best breaststrokers in the world but, she’s adorable! I actually had the chance to meet her at the Trials in Omaha, and I was dumbstruck by her adorable-ness. The only thing that I could think of to say at the time was, “…Um hi, Rebecca…You REALLY wear the hell out of that pink suit.”

Graciously, the aqua princess laughed and said, “Thank you!” to which I understood means, “We are now dating.” She then went back to her conversation with her friends, but not before I invited her over to my house for dinner after the games to meet my mom. We are having meatloaf.

Now, it has come to my attention that she is “dating” gold medalist, Ricky Berens. Well to that I say just because he’s seeded first going into finals doesn’t mean that I can’t win! Although, I probably won’t, he is a handsome man.

I watched as she swam an incredible 400 IM and earned a silver medal for our country. She swam her heart out against China’s Shiwen Ye, who put together an amazing freestyle leg of an already grueling race. I too have felt the sting of defeat by the hand of the Chinese.

America cheered as she soared to victory in the 100 fly! It was a glorious race and one that I too can relate with. Just as I sympathize Elizabeth’s defeat with my loss of General Tso’s Chicken, I know what it is like to succeed in the 100 butterfly.

I once was in a consolation final of the 100 butterfly at a swim meet. I got fourth. I was elated. I went to greet my family member’s and loved ones, who all said, “That was ok,” but deep down I knew they burned with pride at my triumph. So we too have something in common.

Her beauty is only enhanced when paired with her slick dance moves in the “Call Me Maybe” music video. She played a pivotal role in the video, and I’m assuming, was the director of choreography. Aside from all that, I have an awesome way to strike up a conversation with her:

I approach her from across the room, whilst fiddling with a stubborn candy bar wrapper. Discouraged I look up at her and sigh…

“What is wrong you incredibly handsome 5’8” bear of a man?” she asks.
“I got this entire candy bar,” I begin, “…but all I really wanted was a Hersey’s kiss…”

Then, fireworks go off in the distance.

But I’m willing to roll those dice.

But there can only be one winner…and that is

(So this isn’t creepy, she is only like two years younger than me)

How could it not be? She is America’s sweetheart! With the promise of being the best female swimmer of all time, she also has a gentle air about her that makes you think at any moment, woodland creatures could surround her to sing while blue birds braid her hair. Also, girl was GETTIN’ IT in the music video. Did you see the plane dance? Feel free to move about the cabin…

She’ll be the new face of swimming as the likes of Natalie Coughlin, Michael Phelps, and others ride off into the sunset to count their gold medals and swim in pools of money. The nation is in love with Missy Franklin, but “Dibs!” dude.

So Missy, “Will you take this Speedo?” Hopefully yes, then we can make the royal wedding look like a four year olds birthday party at Chuck E Cheese. And yes, Bieber can perform if you wish, but he has to play “Boyfriend” because…I know people that like that song…

So hopefully someone can get this to the people at The Bachelor and we can start shooting this thing! I think it will be a big hit (for my mom)! Also, if any of you lovely ladies would like to contact me, feel free to hit my up on twitter @jessekubanet so that we can arrange the rest of our lives. Or you can send me the restraining order papers that I will happily sign, and probably frame.

Contributor, Jesse Kubanet, started swimming when he was young, because he was heavy and needed to loose weight.  Years later, he joined his high school swim team and fell in love with wearing Speedos.  He is currently a Junior on the swim team at Wheeling Jesuit University.  He will be away from the team this fall, to spend a semester in Chicago participating in the Second City’s semester long Comedy Studies Program.  He loves swimming and would love to party with Anders Holm from Workaholics.  After college, his dream is to become a comedy writer, especially for Conan O’brien.

Lmfao at what you wrote about beisel

This was hilarious. Bravo. Pretty sad that you didn’t include Lauren Perdue though considering how ridiculously good-looking she is.

Speaking of pink suits, what ever happen to the “team” suits USA has always had?

Jesse currently lives in Los Angeles and works as an Associate Producer for Jimmy Kimmel Live. He frequently attempts to "get back in the water" and stops after about 1,000 yards. He performs improv weekly at the iO West Theater in Hollywood with the Harold Team "Dinner Jacket" and his …

More from Jesse Kubanet
See All