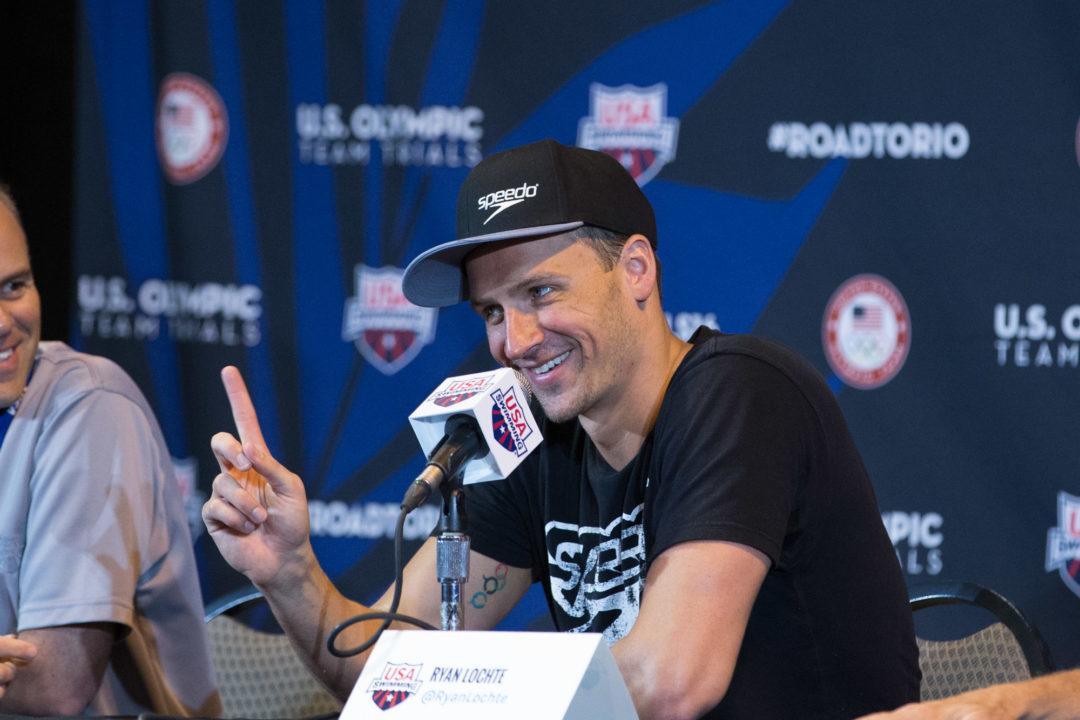 What probably happened the night of the Rio robbery... Current photo via Tim Binning/TheSwimPictures.com

By now everyone is aware that Ryan Lochte, Gunnar Bentz, Jack Conger, and Jimmy Feigen were robbed in Rio. The story spread like wildfire after Lochte appeared on America’s number one source for news “Access Hollywood Live.” The thing that I find strange about the whole ordeal is that we’ve only heard from Lochte. Why have the others chosen to remain silent? I don’t think we’re getting the full story…

We see 4 American swimmers somewhere between 6-10 feet tall, leaving a party at the France house. They all have gold medals around their necks, only these aren’t real gold medals. They are chocolate gold medals that every Olympic party hands out as party favors. Everyone leaves an Olympic party a winner.

Jack Conger sighs. Jimmy Feigen gives him a look that says it all.

Out of nowhere, 4 Brazilian masked ninjas jump out in front of our heroes. They square up each of the athletes, although Feigen looks to his right to see that Lochte is nowhere to be found.

We are here to rob you.

Give us your wallets.

The men reach for their wallets, slowly. There is no need to hurt their assailants…yet.

Are you sure you want this?

Gunnar Bentz hands his wallet over to Ninja 1. The Ninja opens the fine Italian leather billfold and sees the driver’s license that belongs to one “Gunner D. Bentz.” (The D stands for “Danger”)

The first Ninja immediately wets himself. He’s never seen such a bad ass name before. He runs off in fear/shame. Presumably back to his momma’s house.

This coward pulls out a gun. Who brings a gun to a shoulder/lats fight?

Conger grabs the barrel of the gun and bends it skyward, as if it were made of rubber (think Hagrid and Vernon Dursley à la Harry Potter & the Sorcerer’s Stone).

Conger then flexes his muscles towards the coward who also wets himself. Ninja 2 then runs off in fear/shame. Presumably back to his momma’s house.

At this point the other two Ninja’s square up Jimmy Feigen. They think the can get him in a rush, but unfortunately for them, Feigen has been on a Jason Bourne kick and watched all 3 Bourne movies (Jeremy Renner’s doesn’t count) on the flight to Rio to catch up before the new movie (Matt Damon Bourne flicks count).

He makes light work of both thugs, using only a tightly rolled up magazine (presumably SwimSwam’s Olympic preview issue) and an Olympic Village hotel pen to beat them within and inch of their lives.

The two remaining Ninjas get up (barely), wet themselves, and presumably run home to their momma (these two were brothers).

The three turn to find Lochte running towards them. His arms are full of chocolate Olympic gold medals.

Yea there is nothing funny about this story at all. It’s pathetic how corrupt the Brazilian officials are on all levels. It even goes up to the judge. Of course the police are going to say that the evidence doesn’t line up. They are going to keep denying and denying until they are knee deep in their own feces. The police rob civilians all the time is Rio. It’s a documented fact. But watch out Rio. Because the more attention you draw to this, the sooner the whole world is going to know just how corrupt you really are.

Meanwhile, US police kill civilians all the time. Which one do you prefer, getting robbed or getting beaten up/killed?

You can be a pawn for the Brazilian police and point fingers every which way, but I’ll stand up to systematic corruption when I see it.

Seriously Chris…….??? What’s your problem with Brazil? I’m astounded by the way you come out guns ablazing, bashing Rio… Let’s assume you’re correct and Brazil is the most horrific place on earth… should we not consider the fact that this is likely a little tale gone out of control? Before you go ballistic on Brazil you should do some real research and grab some popcorn and watch the must-see, reality classic, “What Would Ryan Lochte Do”

Amazing to think that an internation incident may have been started by a little lie.

And that is not fiction.

What the actual heck is this why was this written

its fiction because the whole thing is looking like fiction. Their passports were supposed to be seized but Lochte got the hell out of there. It appears it is all imploding.

The judge ordered Lochte’s and Feigen’s passports to be seized to prevent them from fleeing Brazil, but Lochte had already fled the country beforehand.

Atilla, read my comment please. What you said is exactly what i said. Sheesh,

Jesse currently lives in Los Angeles and works as an Associate Producer for Jimmy Kimmel Live. He frequently attempts to "get back in the water" and stops after about 1,000 yards. He performs improv weekly at the iO West Theater in Hollywood with the Harold Team "Dinner Jacket" and his …

More from Jesse Kubanet
See All