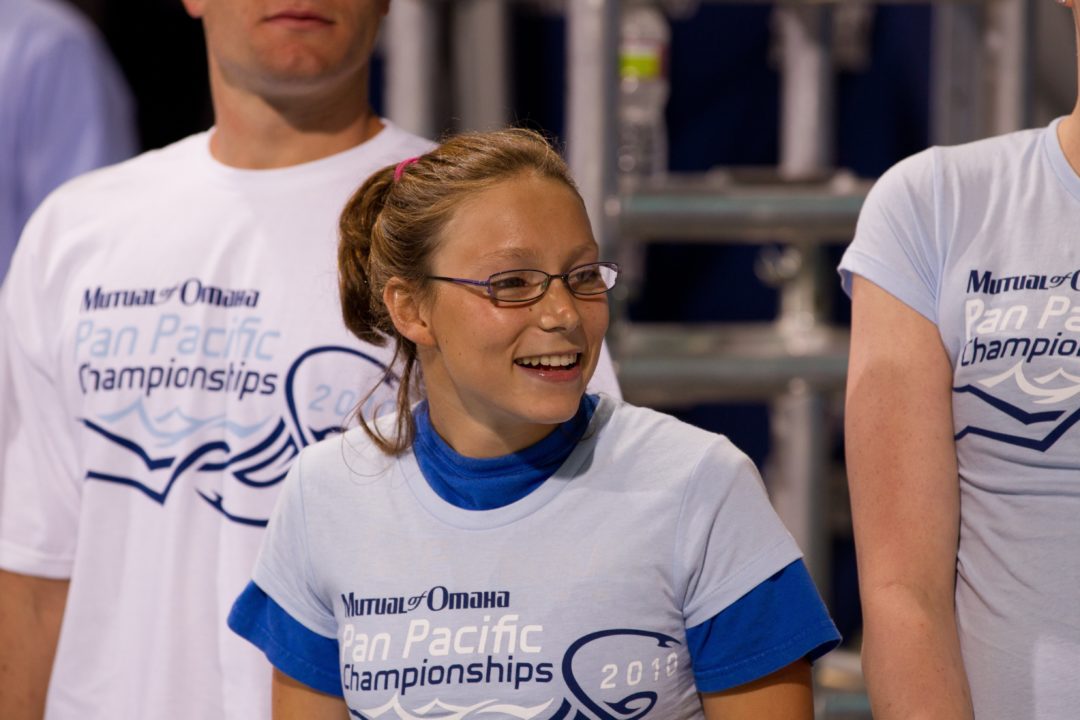 Thanks to Contributor Chip Petersen for this report.
The fifth stop in the FINA 10k World Cup races took place yesterday in Roberval, Quebec, Canada.On the men’s side, the interesting story comes from the two Olympians who competed. The Canadian Richard Weinberger, who has hit his stride in the last year, won the race. American Olympian Alex Meyer proved that despite a collarbone fracture only months ago, he is prepared for international competition with a fourth place finish. Neither are strong gold medal favorites going into the Olympic 10K event but both are likely to be in the top pack and could slip in for a medal. American Arthur Frayler and German Christian Riechert. were 2nd and 3rd respectively.
In the women’s race, the battle was between women who missed Olympic berths in 2012. American Eva Fabian came out on top, followed by fellow American Christine Jennings, 2008 Brazilian Olympian Ana Marcela Cunha, and American Emily Brunemann. From her Twitter, Brunemann stopped after 5 laps in the 6 lap race and then had to catch back up to the leaders from a 15 meter gap. Without the mistake, there might have been an American podium sweep. In fifth place was 2012 Canadian Olympian Zsofia Balazs, who is not as internationally competitive as her male counterpart. American Olympian Haley Anderson swam the first 5K before stopping, giving her a taste of international competition without having to wear herself down before her Olympic race two weeks away.

The Traversee du Lac St-Jean, the 32K crossing happens tomorrow. Not surprisingly no Olympians and no U.S. athletes are scheduled to compete.

More from Tiffany
See All