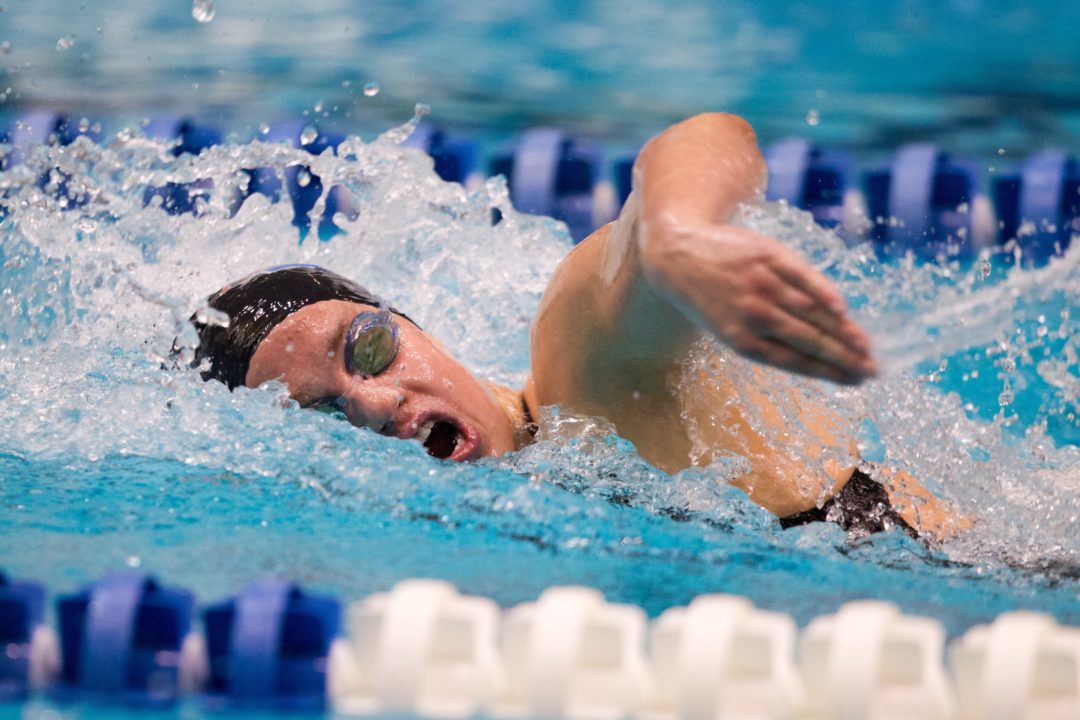 For all of the latest information on college swimming recruiting, click here.

Another day, another blue-chip recruit for Jack Bauerle and the women of Georgia, as today Rachel Zilinskas from Pittsburgh, Pennsylvania. Like Emily Cameron and Olivia Smoliga before her, Zilinskas has some good versatility, but her primary events are the freestyles 200 yards above.

Zilinskas comes from the legendary distance tradition at the Germantown Academy that has recently produced stars like Fran Crippen and Arthur Frayler. She’s also on the Junior National Open Water team, along with Germantown teammate Bryan Draganosky.

She will have a nice two-year overlap with sophomore Amber McDermott in the Georgia distance group, after McDermott was the top freshman distance swimmer in the country last year.

The suspense is terrible, isn’t it? I think we’ll have about 2 to 3 more weeks to wait. Does anybody know where Chelsea Chenault or Camryne Morris are looking? I haven’t heard much about them. It’s amazing how many girls are giving verbals before the boys.

Well, Georgia responds to Cal with all these big recruits of the last days. It’s very interesting for the competition in the future. Now we are waiting for Lia Neal and Missy Franklin. The suspense is terrible.