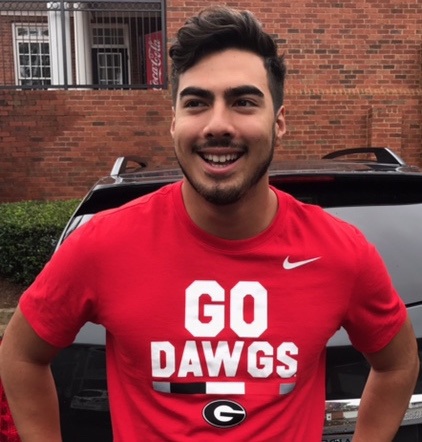 Local talent Tan Dunn, out of Peachtree City, Georgia, has given his verbal commitment to swim for the University of Georgia Bulldogs as part of the Class of 2022. Dunn attends McIntosh High School, and competes at the club level for Southern Crescent Aquatic Team. He is the second in-state pick-up for the UGA men’s team, joining Bradley Dunham. The men’s team is playing catch-up with the women’s team, which already has 7 verbal commitments in next year’s class (6 swimmers, 1 diver). The men’s team did, however, land a monster yesterday when Pennsylvania’s Andrew Abruzzo donned the red and black for his commitment announcement.

I'd like to thank my friends, family, and coaches for everything. I'm happy to announce that I've verbally committed to UGA!! #GoDawgs pic.twitter.com/ipJITao2Bt

Dunn could potentially contribute to a handful of different events for the Dawgs, including the the 50 free, 100 back, and 200 back. Most of his times are at least a year old, so he could be due for a drop with the benefit of collegiate training. He currently boasts an Olympic Trials cut in the 100 meter back, and a Winter Nationals cut in the 200 meter back. He also has four Junior National cuts in short course yards (50 free, 100 back, 200 back, 100 fly). His best times are:

The Georgia men’s team needs a strong incoming class since they will soon experience the downside of recruiting the swimming world’s most talented trio. While Jay, Kevin, and Mick Litherland were huge boosts to the Bulldog roster in Fall 2014, their departure after this season will conversely create big holes to fill. Gunnar Bentz, who was Georgia’s top male scorer at last year’s NCAAs, is also a senior who will have used up his eligibility by next Fall. Adding salt to the wound, all four of these swimmers, like Dunn and Dunham, are local talent, meaning Georgia only had to allocate minimum scholarship money to attract them. With the vast majority of SwimSwam’s Top 20 recruits (and 5 honorable mentions) having already made their selections, UGA may have to look abroad to reload (Canada and South Africa have historically been Dawg hotspots) or find untapped domestic potential.

Not a single mention of this man’s burgeoning rap career? Sigh.