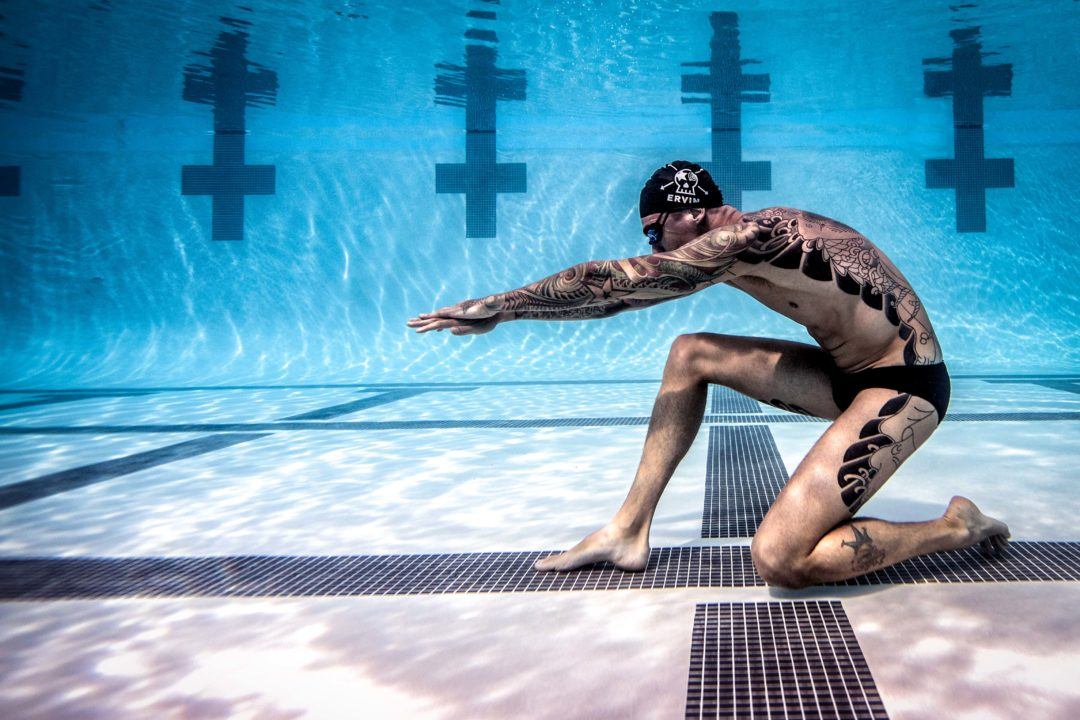 Anthony Ervin will be back to anchor Team USA once again at the 2017 Raia Rapida meet. Archive photo via Mike Lewis/Ola Vista Photography

The rosters for the 2017 Raia Rapida meet in Brazil have been finalized ahead of Sunday’s big showdown. This year’s meet features both new nations and a new format – for the first time, having co-ed teams with 2 men and 2 women from each country.

The Americans were the winners of the first edition of this made-for-TV-event and are the only foreign squad to participate in all 6 editions. Brazil’s neighbors from Argentina are competing in their first ever Raia Rapida and will bring their star Federico Grabich into the fray. Italy returns for their 3rd year with a roster that includes former 50 breaststroke World Champion Fabio Scozzoli.

In spite of having a world-class anchor in Grabich, who took bronze in the 100 free at the 2015 World Championships, Argentina will be overmatched by the other three teams.

The rest of the battle becomes very interesting, with the Brazilians, specialists of 50 meter races, being the favorites. Medeiros is the defending World Champions in LCM and SCM in the 50 backstroke, and is the World Record holder in short course. Gomez took 50 breaststroke silver in Budapest this summer at Worlds, and Bruno Fratus stood in the same position in the 50 free at that meet.

The Americans are an intriguing, if less accomplished, quartet. Ervin, the anchor, is a double Olympic champion in the 50 free and a legendary swimming personality, but swam just a 22.24 in the 50 SCM free in his last outing at the FINA World Cup Series. Moffitt, meanwhile, is done with her NCAA career and is on the verge of a long course breakout after finishing 2nd in the 50 fly at the United States’ World Championship Trials. Of the 4 butterfliers, she was the only one to rank in the top 25 in the world in the event last season. She’s also the lone American who didn’t attend college in the state of California.

The surprising name for Team USA is Chuck Katis, who has been very involved in swimming in the last year in the form of his entrepreneurial swim-spirit, but hasn’t raced much. He swam at only one meet, the North Texas Pro-Am Classic, last season.

And finally the Italians, who bring a very good roster of sprinters, including Di Liddo, the World University Games silver medalist this summer in the 50 fly, the former World Champion Scozzoli, and the 50 backstroke National Record holder Gemo. The anchor Benatti, who is 31-years old and hasn’t gone a best time since 2013, will be their biggest challenge to overcome against the top-of-the-world Fratus on the anchor. Hadd the Italians managed to round up one of their in-form sprinters, like Luca Dotto or the 18-year old Giovanni Izzo, they might hold that title of favorites – as they’ve brought their best or second-best possible options for each of the other 3 legs.

Racing will start on Sunday at 10AM from Rio, which is 8AM U.S. Eastern Time.

Dang, those tattoos are intense. Got to imagine it takes you out of the water for a while? (I know nothing about tattoos)

Those are not his tattoos. Just a graphic.

0
-6
Reply
Why even bother
Reply to  justanotherperson

Actually those are his tattoos