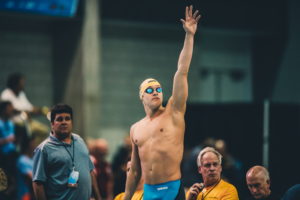 Magic in the Lane: Documentary on Chuck Katis

The film was shot over 2 years. Soren Dickens handled the majority of the technical side of the film and Eriksen Dickens focused on the story side of things. 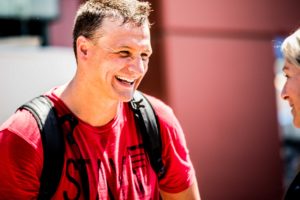 Day 2 of the 2019 U.S. National Championships includes prelims of three events: the 200 freestyle, 200 breaststroke, and 200 backstroke. 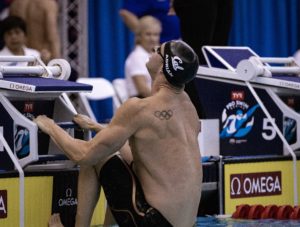 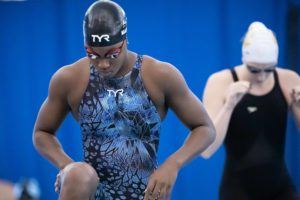 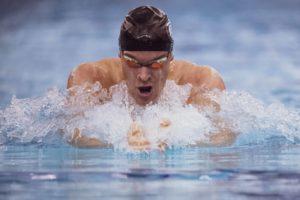 Chuck Katis
Chuck Katis is a senior at the University of California, Berkeley where he’s studying Economics. Katis recently came to Cal after transferring from Harvard University in January 2014 – he says that he’s kind of a “Harvard dropout.” Although Katis is excited for Championship season as a Bear, he’s more excited to simply begin racing for Cal for the full 2014-2015 season. Aside from being one of the nation’s top breaststrokers, Katis is also a magician specializing in illusions and card tricks. It were those interests that drew him to the idea of beginning “The Magic of Miracles” – a nonprofit organization that provides visiting magicians to bring a spark of happiness and joy to young cancer patients. He began his organization back home in Virginia, but it has spread to some Bay Area schools and hopefully Oakland’s Children’s Hospital. In addition he is also working on a project that helps student-athletes balance athletics and academics called Mentagrate, which is an online tutoring tool where students can help each other out.

2013-2014
Katis transferred to Cal in January 2014, and competed for the Bears at the Pac 12 Championships and the NCAA Championships. He was apart of the national champion 200 medley relay, splitting one of the fastest breaststroke splits in the meet. He also made a huge improvement in his individual events, and he finished fourth in the 100 breaststroke and fifth in the 200, while also winning the 400 medley relay. His trip to Cal earned him multiple All-America honors.

2014-2015
Katis is in his senior year as a Cal Bear, and after a breakout year as a junior, he earned more All-America honors this time around. On day one of the 2015 NCAA meet, Katis started off by swimming the breaststroke leg on the 400-yard medley relay, which finished 2nd to Texas by less than a half-second. The following day Katis was the second leg of the 200-yard medley relay that finished first overall, and he turned around to swim his individual 100-yard breast, touching in 3rd. Taking on the 200-yard breast Katis battled a group of dominant breaststrokers to double his bronze medals at the NCAA Championships, touching in 1:50.54.

National Competition
While attending Langley High School Katis was a three-time All-American and served his senior as team captain. He won multiple awards including: the Bunkey Lewis Memorial Award in 2011, was named to the All-Metro first team by the Washington Post as a junior and a senior, and he won the All-Metro Giant Athletic and Academic Achievement Award in 2011.

2015 Phillips 66 National Championships
Katis went two-for-two at the 2015 U.S. National Championships. In the 100-meter breast, Katis was 2nd at the 50 meter mark, but was passed up by Craig Benson and Brad Craig on the last 50 to finish 4th. He followed up his performance in the 200-meter breast, going a best time in the preliminary heats and was the last spot to advance to the championship final, where he finished 8th overall.