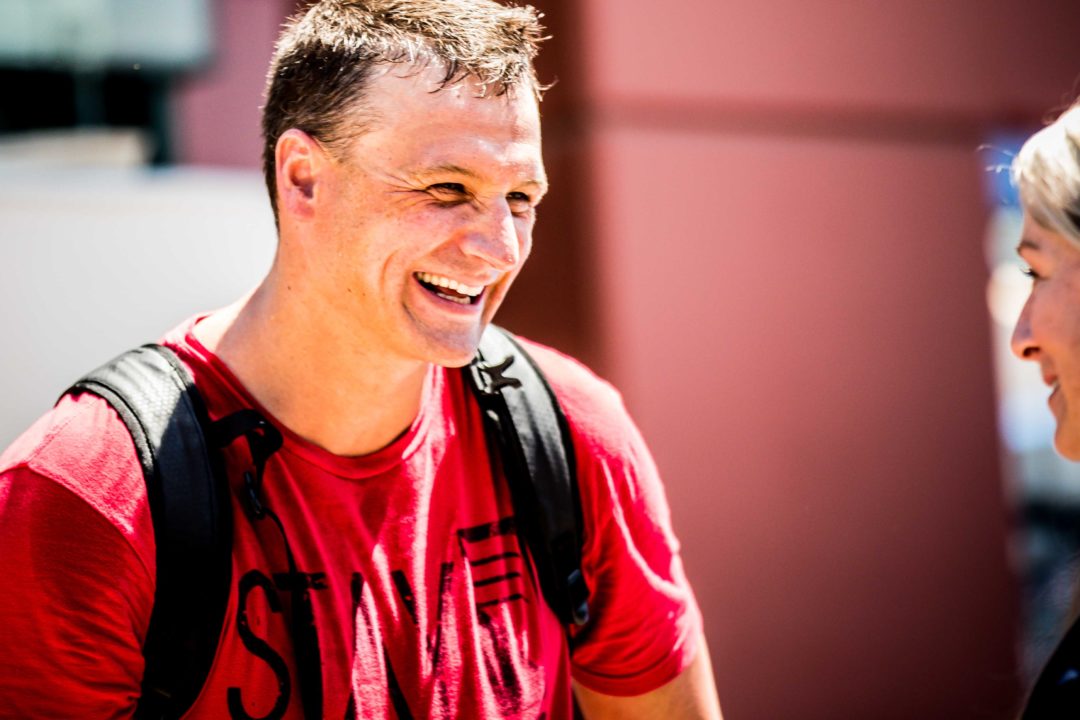 Shakeups on the U.S. National Team roster became a major storyline on day 1, particularly in the men’s 100 freestyle. Day 2 is likely to feature more bumps and additions to the roster; Ryan Lochte is back in action following his 14-month suspension and will in the 200 freestyle, and will be joined by Caeleb Dressel, who has said he wants to be on the 4 x 200 freestyle relay in Tokyo. Other National Teamers such as Regan Smith will also race events we don’t often see them in at major competitions–in Smith’s case, also the 200 freestyle–and may also crack the top-6 U.S. times for the year.

The main theme this morning could be “who will be the new champion in [insert event]?” With so swimmers absent following the World Championships, and some others who did swim at Worlds but want to swim new events in California, not a single event on today’s schedule is going to be defended by the 2018 U.S. National Champion in that event.

Regan Smith not quite 4×200 free relay material this am.

Where is John Shebat? I didn’t see him on the psych sheet.

He’s still in the warm-up pool in Italy.

Is Clark Smith not swimming here?

He swam the 200 fly yesterday.

And the 200 free this morning.

Maybe based on the 100free successes, we can see 3 1:44’s tonight. Not holding my breath though

This might be a dumb question but I don’t know too much about the national team funding stuff. Since people like Maxime Rooney and Luca Urlando will be on the national team and their amateurs still, do their teams receive the funding that they earned or does USA swimming keep the money instead or what?

They can get training expenses I believe.

Ryan Lochte 200 free prediction: I think he could go 1:46 today, it would make sense for him to be training 200 free a lot because we know the US needs more for that event, and if he’s 1:46 today he could be 1:45 next year which will get him to Tokyo. However if he’s been focusing more on the 2 IM then I say 1:47 high.

Older athletes can’t do it all the time. It’s like senior golfers who can play 2 or 3 good rounds in a major, but not all 4. The predictions here almost never deal with 35 year old swimmers so the necessary adjustments are not accepted. Lochte is going to throw in clunkers much more often than previously.

Besides, the 200 individual medley is a considerably weaker event than 200 freestyle. Lochte’s competent showing there is partially an indictment of the status of that event…nationally and internationally. With all the turns and underwaters and transition from stroke to stroke there is massive room to advance that event via one little detail after another, but nobody wants to bother with it.