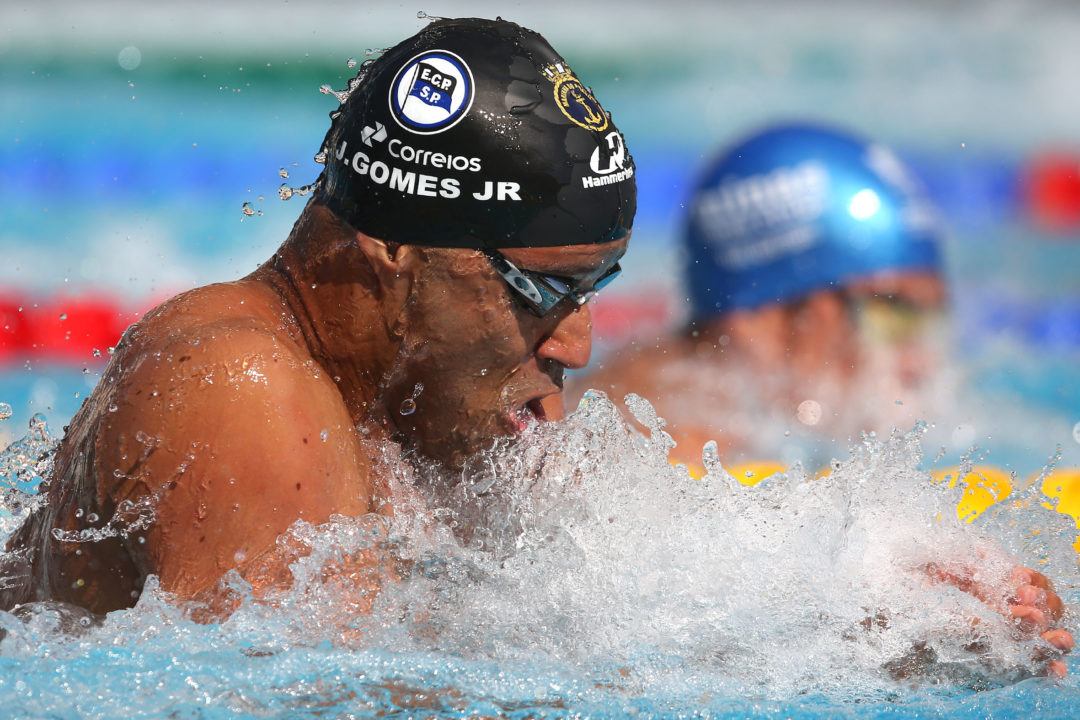 The four teams for Brazil's 2017 Raia Rapida (translates to "Fast Lane") sprint meet have been confirmed: the host nation, the United States, Italy and Argentina. And for the first time, the meet will feature both men and women - two swimmers of each gender per team. Archive photo via Satiro Sodre/SS Press

The four teams for Brazil’s 2017 Raia Rapida (translates to “Fast Lane”) sprint meet have been confirmed: the host nation, the United States, Italy and Argentina. And for the first time, the meet will feature both men and women – two swimmers of each gender per team.

Globo.com reports those four nations, along with the full Brazilian lineup:

We reported last week that Fratus had been named to the team. The meet is a unique, multi-round format sprint meet featuring all 50-meter races. Our full description of the meet, per our previous reporting, is below:

The Raia Rapida meet is part of a new breed of sprint-based format meets built to be a spectator spectacle. The meet features four different nations, each with a 4-man roster. The event lineup features just 5 events – long course 50s of fly, back, breast and free, plus a 4×50 medley relay.

But the meet itself stretches out over about an hour with a series of elimination rounds in each stroke. Each nation enters one swimmer per stroke. All four entrants compete, with the 4th-place finisher eliminated in the first round. In round 2, the remaining three competitors show down with the third-place finisher booted. Then the two remaining swimmers compete for the event title in the final round.

After all three rounds of all four 50-meter races, each nation’s quartet team up for a 4×50 medley relay race to close the meet.

It’s unclear exactly how the format will change this year with two men and two women on each team. Brazil’s team composition would suggest that the back and fly events will be all women, while breast and free will be all men, but we don’t know yet how that rotation will work in future years.

The meet has been going on since 2012, and Brazil has now won for three straight years. The U.S. has been a part of all five previous editions, while Italy was a new addition in 2015 and returned in 2016. Argentina is brand-new to the event, replacing South Africa, which had attended since 2014.

The other rosters are not yet reported. The meet takes place on October 15. You can see the full meet website here.