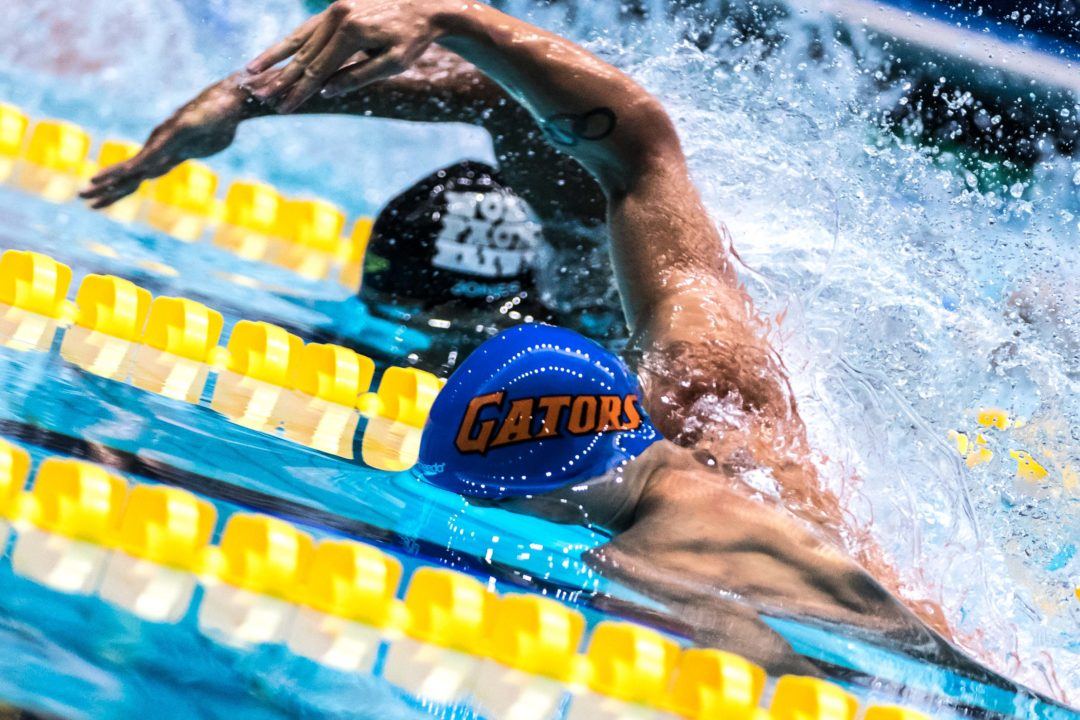 The University of Florida swimming & diving program has announced its 2017-18 schedule. As per usual, the season will start... Archive photo via Mike Lewis/Ola Vista Photography

The University of Florida swimming & diving program has announced its 2017-18 schedule. As per usual, the season will start off with the All-Florida Invitational, as teams from all divisions of the NCAA will battle in the sunshine state.

The Gators have a tough fall schedule. They’ll start off the regular season with their annual tri-meet, hosting Texas and Indiana. Next, they’ll travel to Tuscaloosa on October 25th to take on Alabama, doubling back to host Georgia two days later for one of the biggest dual meets of their year. Florida will focus its mid-season efforts at the 2017 U.S. Winter Nationals.

Their 2018 dual meet schedule is highlighted by duals with SEC rivals Auburn on January 20th and then Tennessee on January 26th. Though not listed below, the men’s NCAA Championships will take place at the University of Minnesota during the weekend after the women’s meet.

The Gator men will be starting their final season with American star Caeleb Dressel, while the women will be fighting to bounce back from a rough 2017 season– they should get some help from an impressive incoming class.