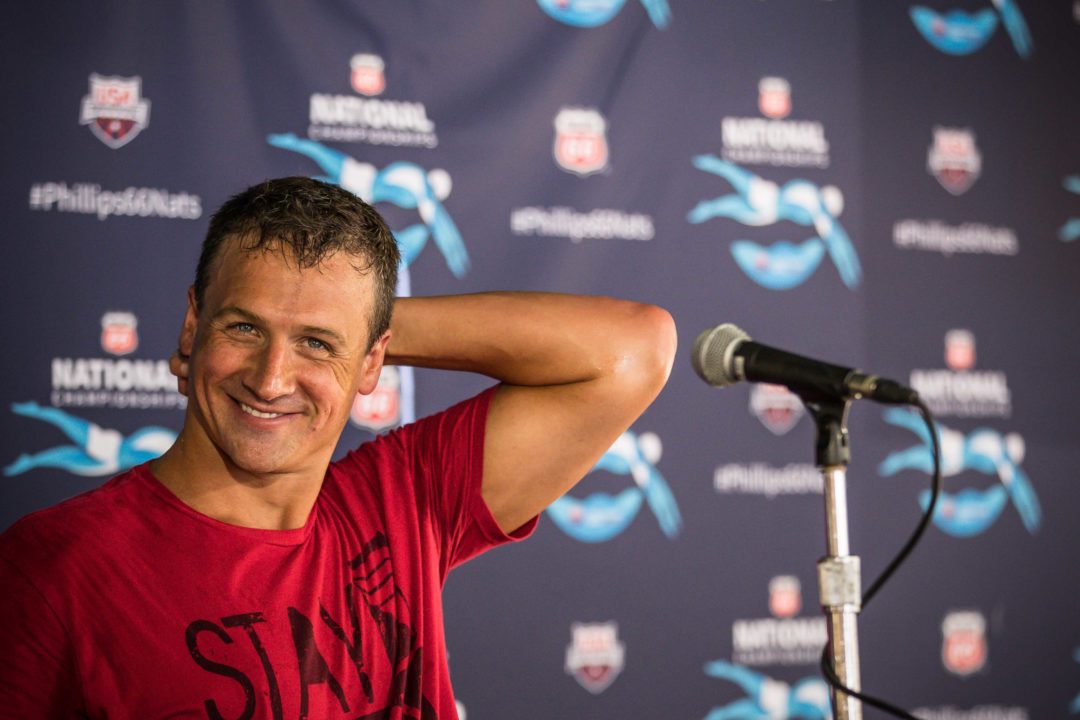 Ryan Lochte talks candidly about his family life, checking himself into rehab, and his return to competitive swimming after a 14-month ban Current photo via Jack Spitser/Spitser Photography

Why is it so hard to find live results for this meet?

its not. Omega timing is practically live. Each session recap on swim swam has a link to the results.

Oh he looks like a quarterback!
Aged and wised up.

“Yeah, I roundhouse kick people in the warm down pool, I smash vials and scream at people on the podium. I have learned the error of my ways, vow to change and accept any and all consequences”

Ahh yes – the most American of acts: faking ownership of mistakes to placate the gummy public without any intention of actually changing anything.

Johnny Football was the king of this.

Yeah but what happened to him in the end? He got tossed out with the trash.

I didnt know A-Rod is a genius.

Well, if you want to talk about a guy who has done nearly a full 180 on his image, then A-Rod is a great person to associate with.