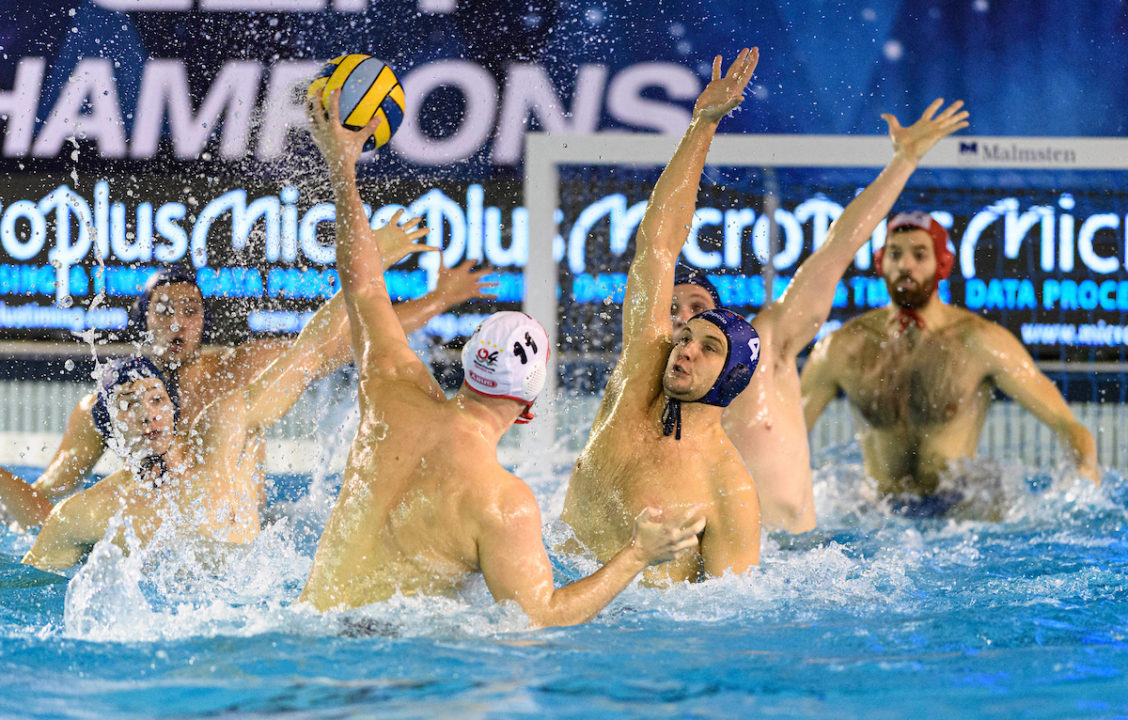 In Group B, FTC Telekom Budapest won an 11-2 blowout over Jadran Herceg Novi, while Pro Recco, Olympiacos, and Jug Adriatic improved to 2-0 in Group A. Stock photo via P.Mesiano/Deepbluemedia

In Rome, Group A competed for a second day, with Olympiacos and Pro Recco both winning their second matches.

The 2019 league runners-up, Olympiacos knocked off Spandau 04 Berlin 13-9. The offense was much more effective for Olympiacos today than in yesterday’s defensive struggle, a 6-4 win over CC Ortigia. Stylianos Argyropoulos scored three times for Olympiacos.

And Pro Recco, which finished third overall in 2019, won 10-7 over Ortigia to keep pace with Olympiacos in the group. Pro Recco got three scores from Dusan Mandic, who has carried a heavy scoring load so far with six goals in two matches.

In the third match, Jug Adriatic Osig. beat CN Marseille in an 11-10 thriller. That keeps Jug tied with Pro Recco and Olympiacos at the top of the grouping two matches in. Tomorrow will be the biggest test for Jug, which is matched up with Olympiacos.

In Group B, FTC Telekom Budapest won an 11-2 blowout over Jadran Herceg Novi. With the Group B matches taking place in Budapest, the Hungarian-based FTC Telekom got three goals from Nicolas Constantin-Bicari, and goalkeeping duo Andras Gardonyi and Soma Vogel each only had to save three of four shots against them to cap a suffocating win.

Tomorrow, An Brescia and FTC Telekom will meet in a showdown of 1-0 teams this round.