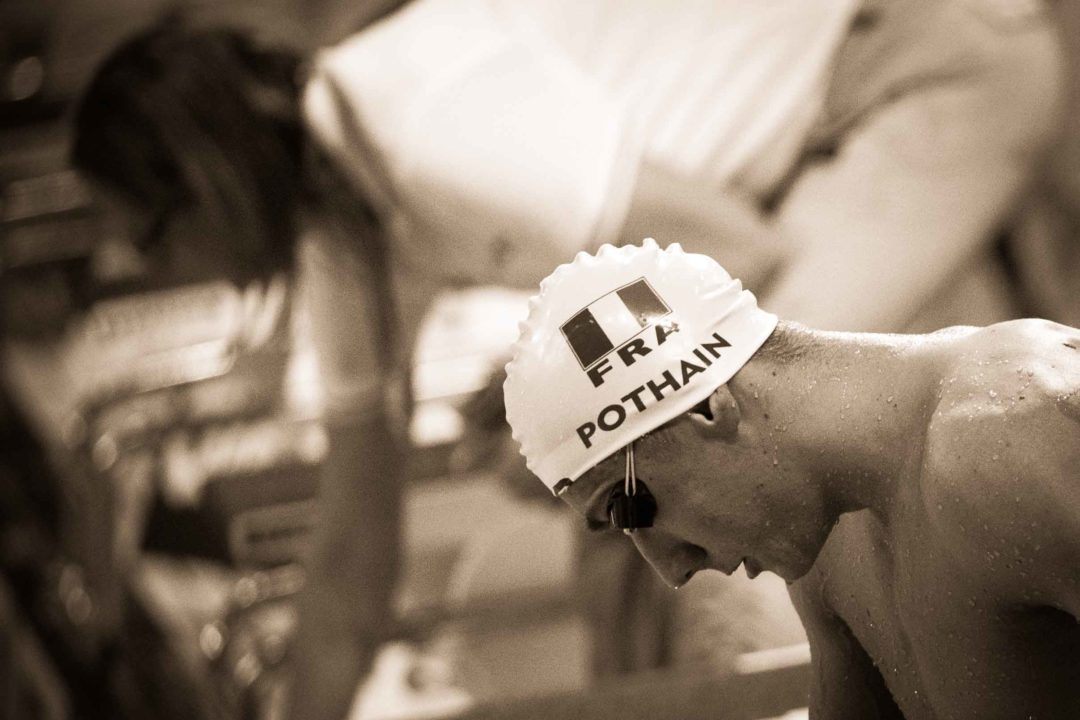 Pothain has raced for France at the two most recent Olympic Games, Rio 2016 and Tokyo 2020 in 2021. In 2016 Pothian finished 8th overall in the 400 freestyle with a 3:49.07. That finals performance was his top performance at either Olympics. Pothain also swam the 200 freestyle.

In Tokyo, Pothain didn’t return to the 400 freestyle field and instead only swam the 200 free. In that event, he swam a 1:46.75 during prelims to place 20th overall.

Pothain’s best time in the 200 freestyle is a 1:46.56, which he swam while leading off the French men’s relay in Rio. In the 400 freestyle, his personal best is a 3:45.43, which he swam during the prelims of the event at that same Olympics in 2016 before adding a few seconds in the final.

Pothain won his sole senior international medal in 2016 at the 2016 World Short Course Championships in Windsor when France took silver in the 4×100 freestyle relay. He, Jeremy Stravius, Mehdy Metella, and Clement Mignon pulled off a 3:07.35 in the final to place 2nd to Russia’s 3:05.90.

Will forever remember him calling out Yannick in the post 4×200 prelims relay interview in Rio. Good times