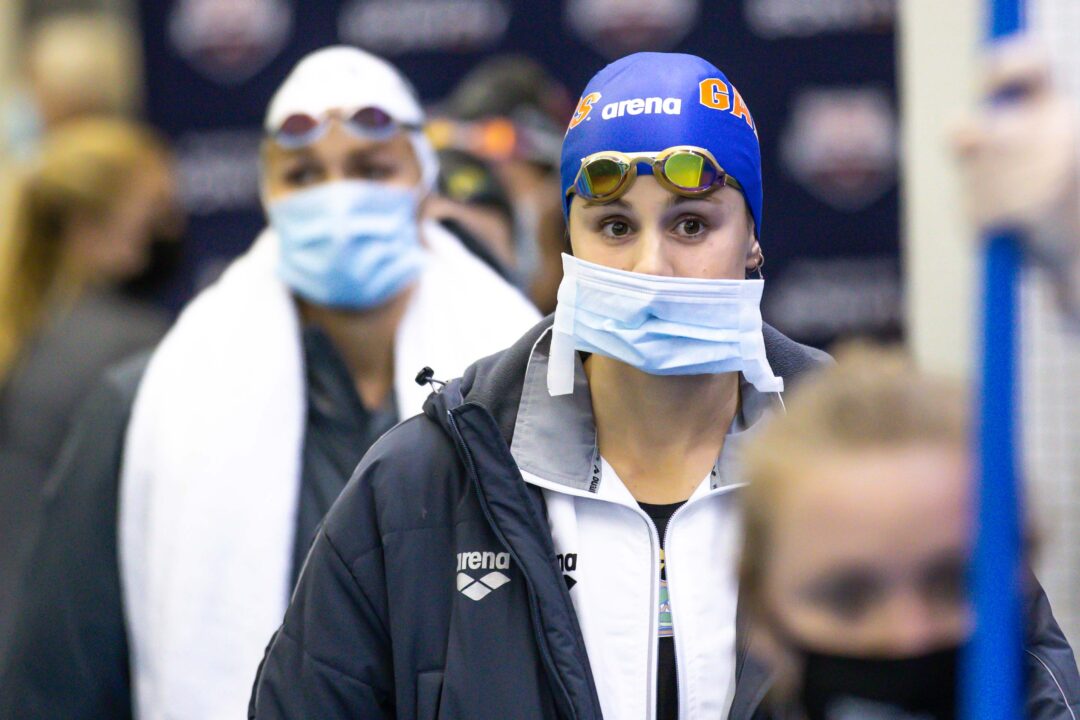 Talia Bates was among the athletes competing at the Bolles School in late June, one of three local Florida meets that produced some quick times. Archive photo via Jack Spitser/Spitser Photography

A trio of club meets in Florida produced some noteworthy results over the last few weeks, with swimmers competing in Tallahassee, Ponte Vedra and Jacksonville.

Find a brief rundown of some of the highlights from each meet below.

Brothers Ethan Ekk and Owen Ekk had some of the top swims in their home pool at the Area Tallahassee LC Open, both putting up times that rank among the fastest in the U.S. this season for their respective ages.

Ethan Ekk, 15, clocked in six best times for the competition, including a standout 2:06.01 swim in the boys’ 200 backstroke. That swim improves upon his previous best of 2:07.18 set last July, and ranks him fourth this season among 15-year-olds and 94th all-time.

Another notable swim on the male side of the meet came German native and Florida State Seminole Peter Varjasi, who clocked in a time of 50.09 in the 100 freestyle. Varjasi owns a best of 49.45 set back in 2018.

Raleigh Swimming Association’s Brasen Walker made huge strides at the Planet Swim Summer Championships in Ponte Vedra, knocking nearly half a second off his best time in the 100 breaststroke.

The other standouts from the meet were a pair of 11-year-old boys: Austin Tomas and Reef McMeeking.

The Bolles School meet featured some rising talents from the Sharks, along with a few University of Florida swimmers and incoming Harvard freshman Kiley Wilhelm of Life Time – Cary.

In the age group ranks, Bolles School swimmers Eldad Zamir and Louis Joos did some damage in the boys’ breaststroke events.

Congratulations Luis Joos! 14yr old #1 National Rank this season is something to be proud of and 61st all time is quite an accomplishment! Keep reaching Luis!!! ⭐️