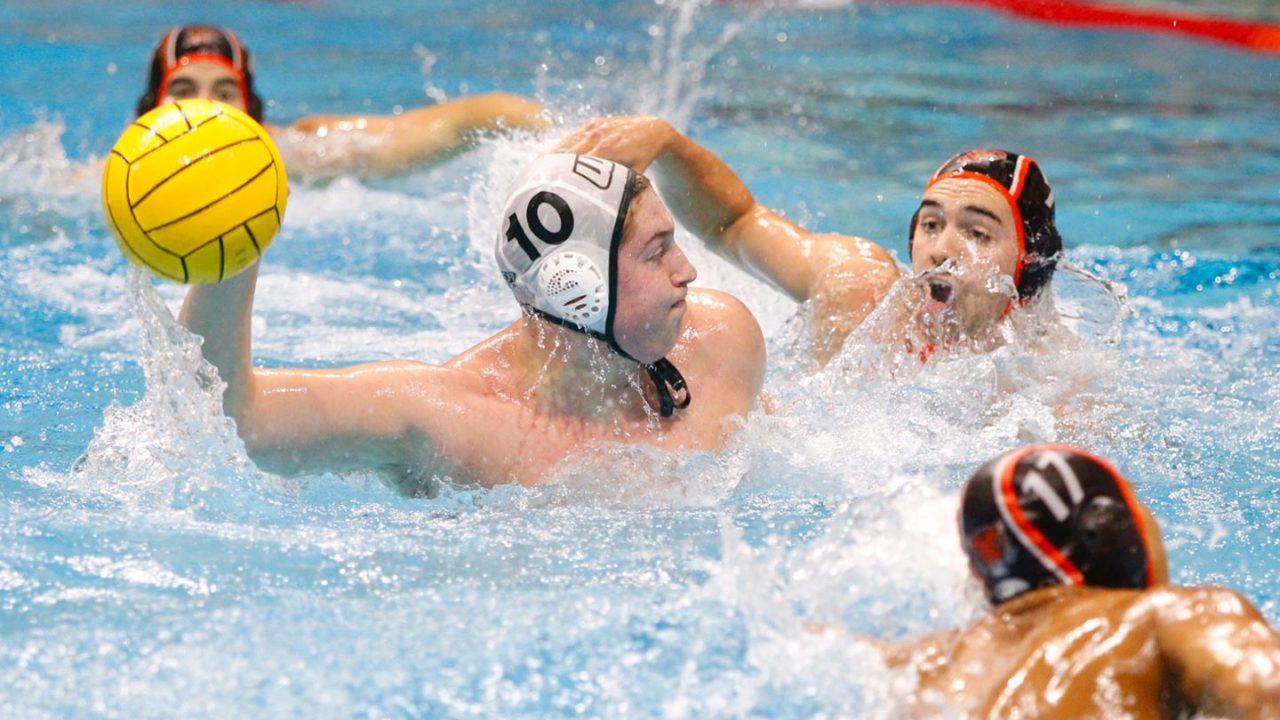 Oliver Fodor put in a school record 14 goals for Wagner in a 23-22 loss to Johns Hopkins, while the Bluejays were led by Emerson Sullivan's record 12 scores. Current photo via Dave Saffran, Wagner Athletics

Sunday’s men’s water polo match between Wagner and Johns Hopkins resulted in a 23-22 decision for the JHU Bluejays, but both teams saw eye-popping and school record breaking individual efforts.

Oliver Fodor put in a school record 14 goals for Wagner in the loss, while Johns Hopkins was led by Emerson Sullivan‘s 12 scores.

Fodor’s haul snapped the previous record of nine, which was originally set by Jasmin Kolasinac against Mercyhurst on Sept. 16, 2017, and matched on Saturday as Matt Miller racked up nine scores in a 24-15 loss to George Washington.

Also earning a spot near the top of the scoring list was George Washington’s Atakan Destici, who matched Miller’s nine-goal tally as the Colonials topped Wagner.

There were 56 efforts of four or more goals, including two four seven-goal efforts, six performances of six scores. Fifteen players put in five goals in a game, while there were 25 occurrences of four goals on Week 10. In addition, there were 75 hat tricks.