Five Storylines to Follow at the 2018 Indy Pro Swim Series 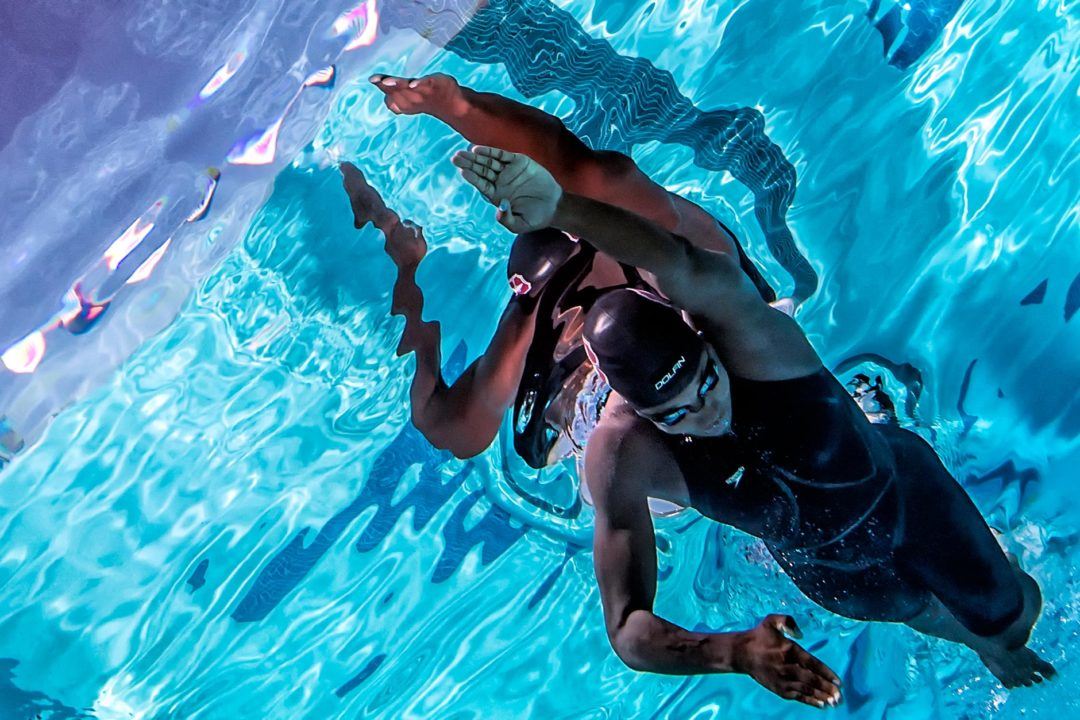 Simone Manuel is the top seed in a 100 free field that consists of many American talents along with some international standouts. Archive photo via Mike Lewis/Ola Vista Photography

The next stop of the 2018 TYR Pro Swim Series will be in Indianapolis, with the first events kicking off on Wednesday, running through Sunday’s distance events. Here are five storylines to follow as some of the best pros, collegians, and age group stars battle it out this weekend.

Remember, these are not the ONLY storylines to follow at this meet. There are, surely, plenty more interesting things to delve into. These are just five things that stuck out to us — feel free to discuss other intrigues in the comments!

She announced her decision to forego her remaining two years of NCAA eligibility in March, and now Katie Ledecky will have her first races as a pro in Indy.

#2: AMANDA KENDALL BACK AFTER DOPING SUSPENSION

Yesterday, Amanda Kendall finished up a three-month doping suspension for inhaler use that was done without a TUE (Therapeutic Use Exception). Kendall actually tested negative for banned substances, but declared her fault; her self-report led to the sanction by USADA.

Kendall has raced once since February 7th, which is when USADA claims was her first inhaler use (though it was actually the last day she used the inhaler, as athletes are only required to declare 1 day of usage, and she declared February 7th), at the Atlanta Pro Swim Series. Her times were retroactively forfeited due to the suspension, but she finished as high as 5th in the 100 fly (58.82).

On the men’s and women’s sides, we’ll get to see some early jockeying for summer international championship relay spots in the 100 free.

In a dramatic turn of events at the 2017 U.S. Nationals last summer, Leah Smith surprised the field with a 4:33.86 to qualify for the 2017 World Championships in an event that was not her main focus. At that meet, Ella Eastin also faced a crushing disqualification for the infamous Lochte Rule, stripping her of a chance to compete at the 2017 World Champs after finishing 2nd to Smith and hitting a best time for the first time in four years.

While Eastin unleashed a monster 3:54 400 IM in yards at the 2018 NCAA Championships, Smith is nonetheless the top American 400 IM’er right now in long course. Smith doesn’t really need to develop all that much more in this event to be an international medal threat — 4:32’s claimed silver and bronze in Budapest last summer. As a distance freestyler, though, Smith has to be careful not to spread herself too thin among grueling races, so it remains to be seen if she will go for a Pan Pacs roster spot in this event.

Meanwhile, this week will be the kickoff of Eastin’s redemption tour as she looks to make waves in the big pool in her best event.

One of the most exciting age groupers in the country right now is Carson Foster of the Mason Manta Rays, and he’ll be competing (sans siblings Hannah and Jake) in six different events this week in Indy.

Adrian and Pebley are entered. Where are Murphy and Prenot? Asking for a friend!

Murphy and Prenot are headed to Madison to train.

That was going to be my guess but didn’t want to assume. Good decision!

yeah, curious if this is a thing – or if they’re just graduating that weekend…

Does anyone know about Lochte? I wondering if he has meets scheduled.

Yep – Lochte is expected to compete at the Atlanta Classic, which is also this weekend.

Excited to see what Ress can do this summer.

Carson is my boy