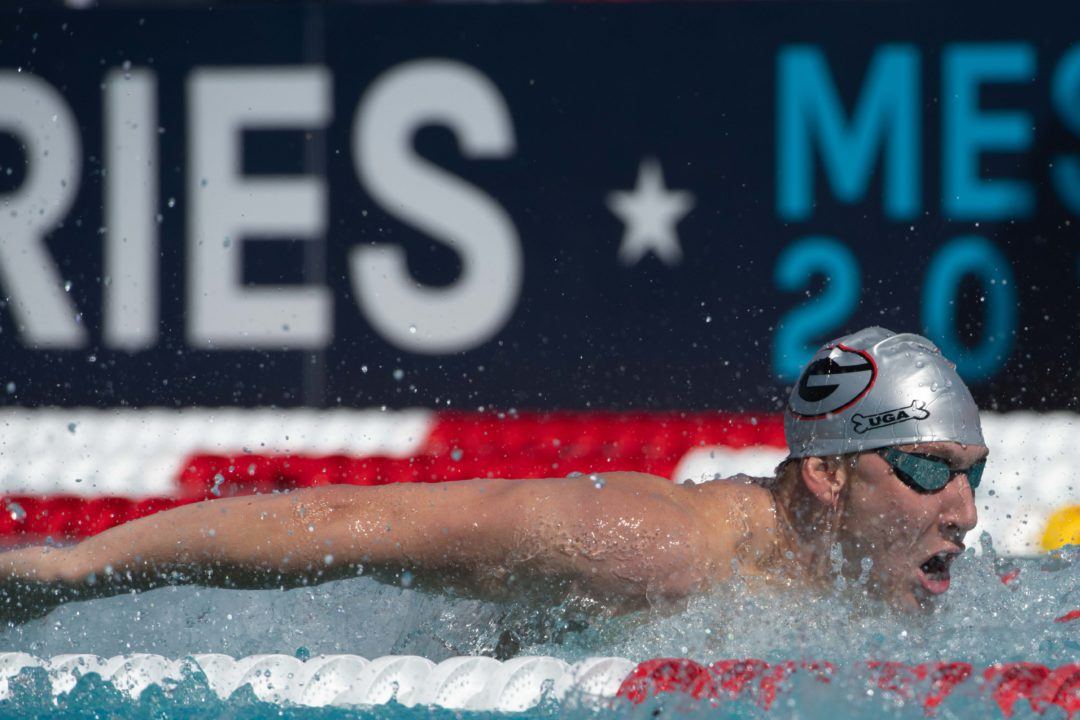 Chase Kalisz broke the tie atop the men's Pro Swim Series point standings, jumping out to a two-point lead over Zane Grothe. Meanwhile Taylor Ruck leads on the women's side, but Katie Ledecky is making a charge. Archive photo via Mike Lewis/Ola Vista Photography

On the women’s side, Taylor Ruck continues to lead. The Canadian didn’t even swim the Mesa stop, but holds an 8-point lead over Melanie Margalis. Margalis cut that lead down three points in Indy though, with wins in the 200 breast, 200 IM and 400 IM.

Katie Ledecky was the hardest charger in Indy. Despite not swimming any of the three previous stops, she already sits 5th in standings with a stellar 21-point outing in Indy. That included four wins (200, 400, 800, 1500 free) and a third place (400 IM). If Ledecky can score similar points at the next two stops, she’ll take over the lead from Ruck with ease, and Ledecky can also swim the series finale at U.S. Nationals, where Ruck won’t be able to compete.

Is there World Record Bonus money? How Much?
it seems reasonable to assume that Katie will continue to improve, and taper, and based on here times at Indy, it will not take much for Katie to possibly break some more World Records before Pan Pacs. :>)