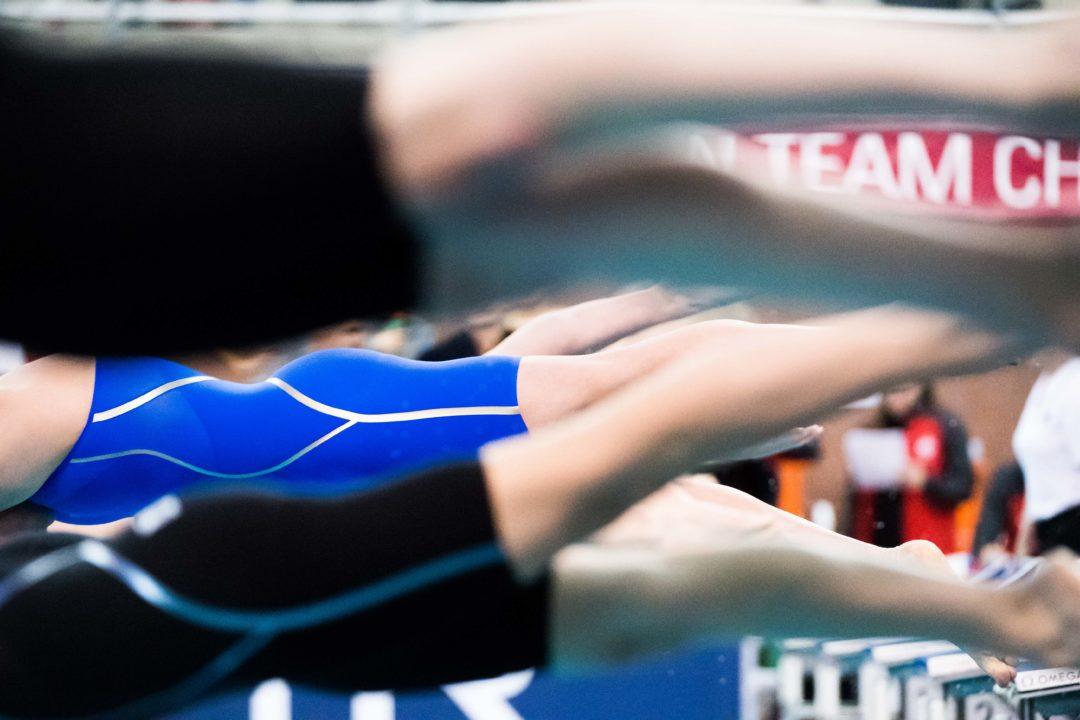 After a meeting and video conference today called by Swimming Australia CEO Leigh Russell in an attempt to stave off... Stock photo via Mike Lewis/Ola Vista Photography

A recent survey showed that 60% of Japanese people want to see the games cancelled, while the Japanese Prime Minister has said a ‘safe’ games is ‘possible’

After a meeting and video conference today called by Swimming Australia CEO Leigh Russell in an attempt to stave off further head-butting between FINA, the international governing body for swimming, and the International Swimming League, a billionaire-funded upstart, FINA seems to have relented.

In a statement released on Tuesday morning, FINA in effect says that they will no longer make efforts to block the ISL, as they did in December with the ISL-sponsored Energy for Standard Meet, but that the ISL events would not be FINA-sanctioned competitions.

“FINA acknowledges that swimmers are free to participate in competitions or events staged by independent organisers, namely entities which are neither members of FINA nor related to it in any way,” the statement said. “If an independent organiser does not obtain or does not request (FINA approval), all results or records of such unapproved competition or event will be deemed null and void and ignored by FINA and shall not be taken into account for any purpose whatsoever by FINA. However, such participation shall not be characterised as unauthorised relations in application of FINA General Rules GR4, and shall not give rise to sanctions by FINA.”

In other words, FINA will no longer fight the presence of the ISL or similar organizations, but they will also not acknowledge the results or records of ISL swims unless organizers comply with FINA regulations, including requesting approval 6 months in advance. Based on comments by ISL leadership at the December summit in London, the restrictions on recognition of records shouldn’t be a sticking point for the league – they indicated that their desire is for athletes to focus on point scoring, not record-chasing, and that they don’t even believe that their meets should be timed.

FINA also clearly stated in the release that swims in non-approved meets will not result in sanctions: a deviation from 30 years of threats and suspensions of athletes for competition in non-FINA circuits.

Update: we reached out to recently-retired Olympic gold medalist Cameron van der Burgh for a response. Van der Burgh attended the ISL summit in December and has become one of the leading athlete voices in the ISL-FINA dispute. Van der Burgh said he could only speak on his own behalf (and not for all athletes or an athletes association), but characterized the move as a victory for athletes.

“This a huge victory, the first of many for athletes and organizers alike against the monopoly that Fina holds,” van der Burgh said. “Many athletes were brave and stood together against FINA on this first front which has proven the power we have when United. This emphasizes the need for a swimmers partnership in order to defend athletes rights and protect against the organisations that exploit them. I urge all swimmers to join and make a better future for our sport.”

We’ve also reached out to the ISL for comment, but haven’t gotten official word yet.

Update: Michael Andrew, one of the named plaintiffs in the athletes’ pending class action lawsuit against FINA, called the announcement a “big win for swimming.”

“It’s great to know that standing for freedom won’t cost me the chance to do so at the highest level,” Andrew said on Tuesday evening. “Change is here. This is going to be an amazing year! I’m grateful for ISL and our amazing family of pro athletes who are standing together, and that the family is growing daily.”

The ISL had organized a December 2018 meet centered around prize money for athletes and spectator appeal. But FINA re-interpreted one of its rules, classifying the meet as an international competition requiring FINA approval. Without the necessary six months to gain approval, the meet was essentially outlawed, and a FINA e-mail to federations specifically referenced rules that could ban athletes for up to two years for competing in an unapproved meet. The meet was ultimately canceled, but three top athletes filed an anti-trust lawsuit against FINA, similar to the suit that struck down similar rules by the International Skating Union.

Full FINA Statement is below:

FINA’s approach to and interpretation of its rules regarding swimmers and their participation in international competitions was discussed today, at a meeting of FINA’s leadership and a representative selection of national federations, present either in person in Lausanne (SUI) or by videoconference.

“FINA’s principal concern remains the development of all the aquatics disciplines and the support and wellbeing of all our athletes”, said FINA President Dr. Julio C. Maglione. “While FINA is bound to respect its rules, there is some scope for interpretation and application of those rules and it was a pleasure to be able to provide clarifications today.”

FINA acknowledges that swimmers are free to participate in competitions or events staged by independent organisers, namely entities which are neither members of FINA nor related to it in any way.

Any independent organisers which intend to have the results and records of any competitions or events duly registered with and acknowledged by FINA shall cooperate with or seek approval from FINA or from any relevant member federation, as the case may be, the approval procedure shall be set out in FINA By-laws BL 12, which will be entirely applicable.

If an independent organiser does not obtain or does not request the above-mentioned approval, all results or records of such unapproved competition or event will be deemed null and void and ignored by FINA and shall not be taken into account for any purpose whatsoever by FINA. However, such participation shall not be characterised as unauthorised relations in application of FINA General Rules GR4, and shall not give rise to sanctions by FINA.

FINA Legal Counsel François Carrard, present at the meeting, clarified FINA’s position: “FINA recognises the right of athletes to participate in any swimming event. However, this participation should respect the frame of sport structure. FINA’s business is not to punish athletes, although if the FINA rules are not met, the results of the competition will not be recognised by FINA”.

“British Swimming was pleased to have been part of today’s meeting and we welcome the clarifications that were given by FINA,” said British Swimming Chairman Maurice Watkins CBE. “Our swimmers currently live, train and compete in the context of support systems that are focused on success at FINA’s flagship competitions: the swimming events at the Olympic Games, the World Swimming Championships, and our Continental Championships. Careful coordination will be required to ensure that any changes or additions to the competition calendar are complementary to preparation for those flagship events, so we can best support our athletes moving forward.”

“We work hard to make sure that swimmers are at the heart of everything we do at USA Swimming,” said USA Swimming President and CEO Tim Hinchey. “Our athletes are extremely dedicated to our sport and deserve every opportunity to reap the rewards of their hard work. It’s been great to work with FINA to learn more about the new opportunities that will be provided thanks to the FINA Champions Swim Series. With around USD $ 4 million in prize money and appearance fees, the Series is a great addition and we look forward to U.S. swimmers prospering at each of the three legs.”

“FINA today is in an exceptional position at every level, thanks to many years of hard work and support from our 209 National Federations,” continued President Maglione. “At the highest level, aquatics athletes have more medal opportunities at the Olympic Games than for every sport and record prize money at our events. But FINA is just as proud of the way it now supports every single federation around with development funds, aimed at achieving our vision of ensuring the whole world knows how to swim. We are proud to support all our athletes, from Olympic champions to families swimming for fun, and we will continue to work as hard as we can to improve opportunities for all.”

At the conclusion of the meeting, FINA Executive Director Cornel Marculescu presented the new FINA event for 2019, the “Champions Swim Series”, to all attending National Federations. The reaction to this competition was very positive, with FINA members underlining the importance of having additional opportunities for the stars of swimming to compete at the highest level.

So FINA saw their future irrelevance and relented so as to prolong their demise?

Good. It’s a corrupt body and needs to be euthanized.

This is such an exciting time for the sport of swimming, we are on the cusp of a brand new era in this sport and Fina is shitting their pants….